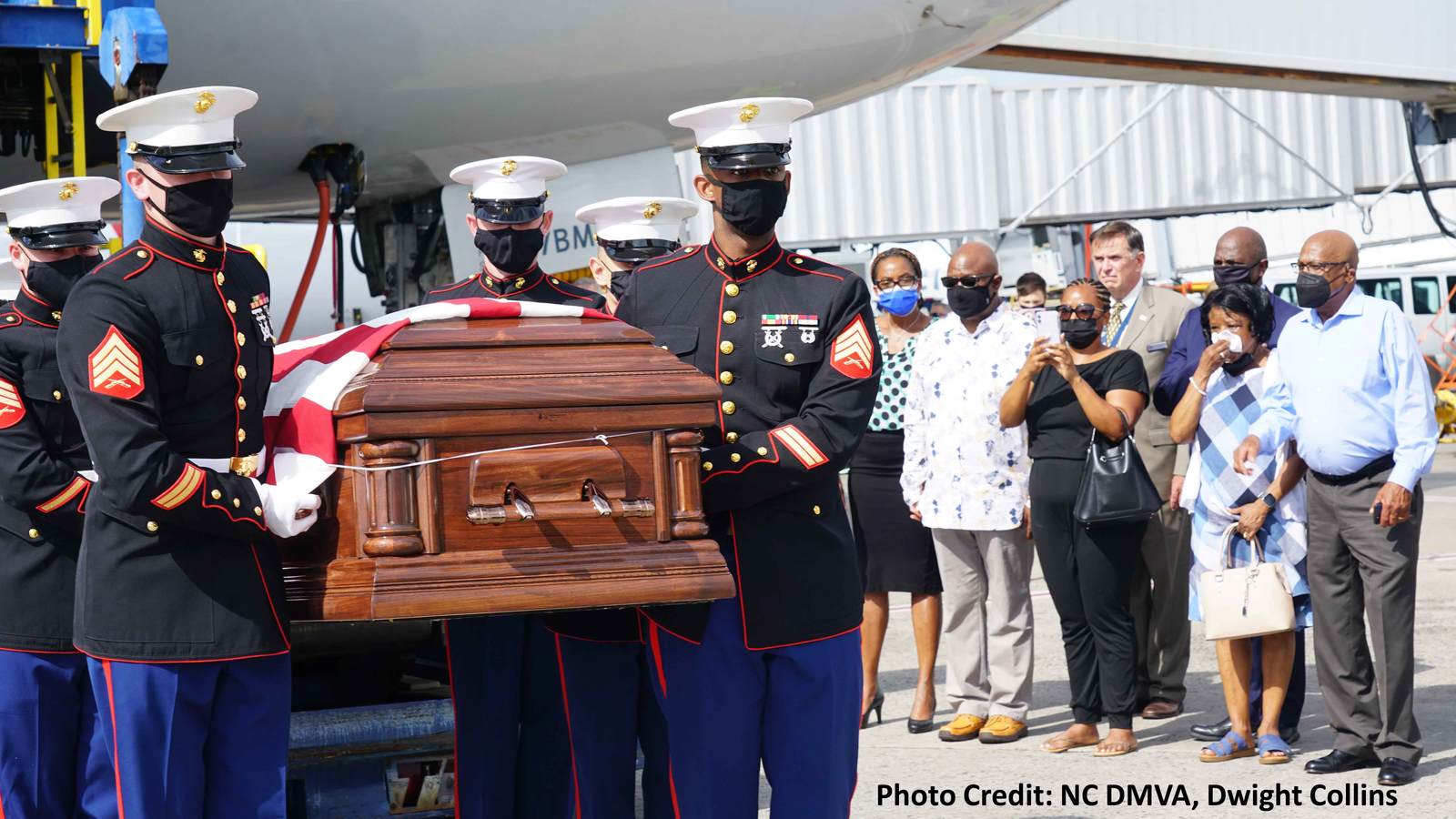 On the morning of August 20, 2021, distinguished representatives of the North Carolina Department of Military and Veterans Affairs, North Carolina Governor’s Office, National Montford Point Marine Association, Inc., and USO Southeast Region welcomed home the remains of Pfc. Henry E. Ellis, a U.S. Marine, who was killed in action on Nov. 3, 1950 during the Korean War.

Ellis, a private first class with Headquarters Company, 1st Service Battalion, 1st Marine Division, was until recently one of the more than 7,500 Americans still unaccounted for almost seven decades after the end of the Korean War.

Trudy Neely, Ellis’ niece, found herself tearing up when she learned that her uncle had finally been found after 70 years of missing in action.

“It was emotional when they told us,” Neely said in a phone interview with a news reporter. “This has just been an unbelievable journey. I know my mother (sister of Ellis) is smiling down from heaven right now.”

Always by their side, USO North Carolina proudly stands ready to support our fallen service members and their families when they return home. 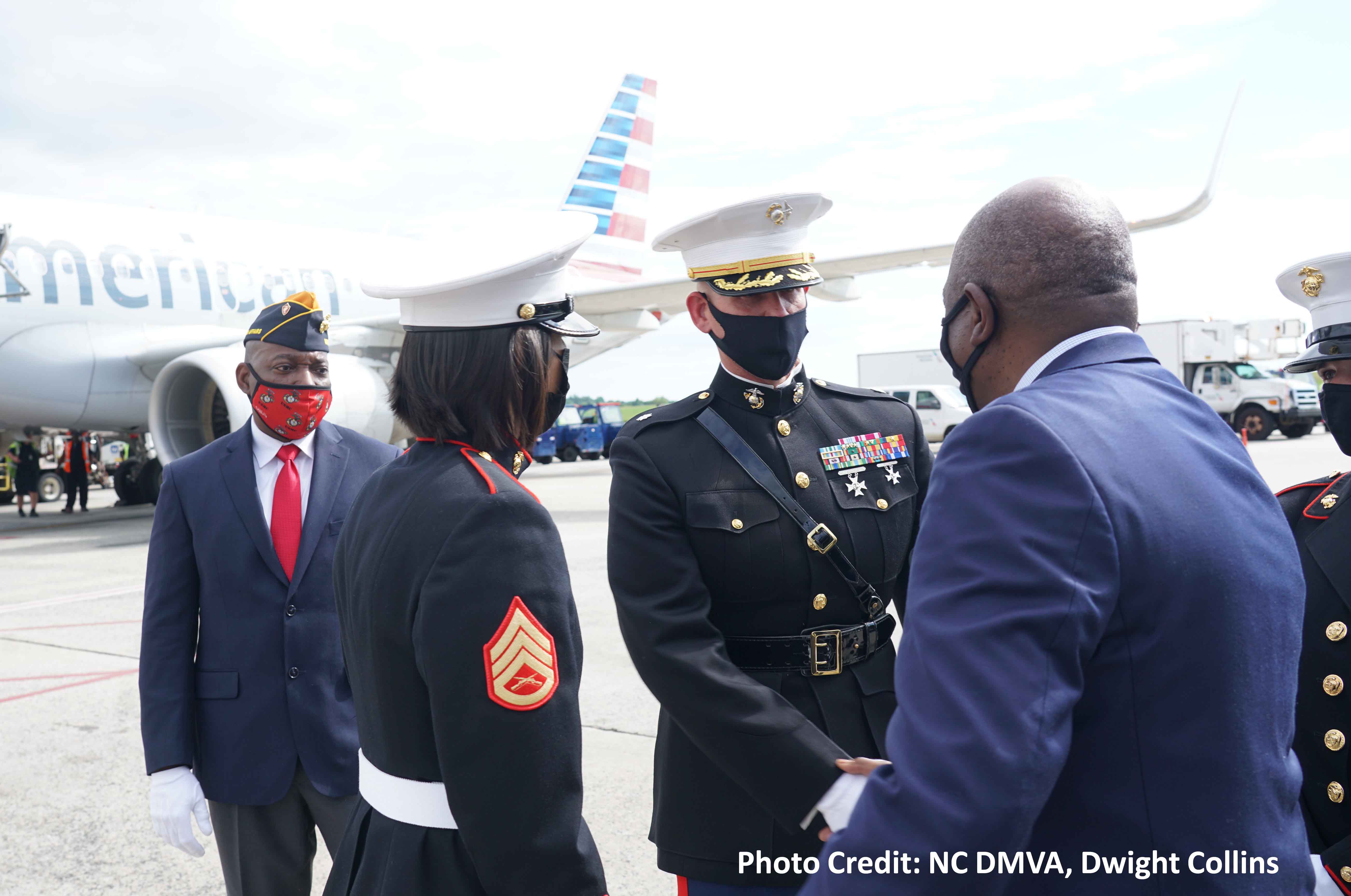 “It was an honor for the Marines of CLB 451 to be a part of welcoming this Marine home, and for being allowed to be a part of memorializing one of our brothers in arms accomplishments that were such an important part of our nation’s history, said Lt. Col. Joshua S. Edwards, Inspector-Instructor, CLB 451. “Our thoughts remain with his family throughout the coming days.” 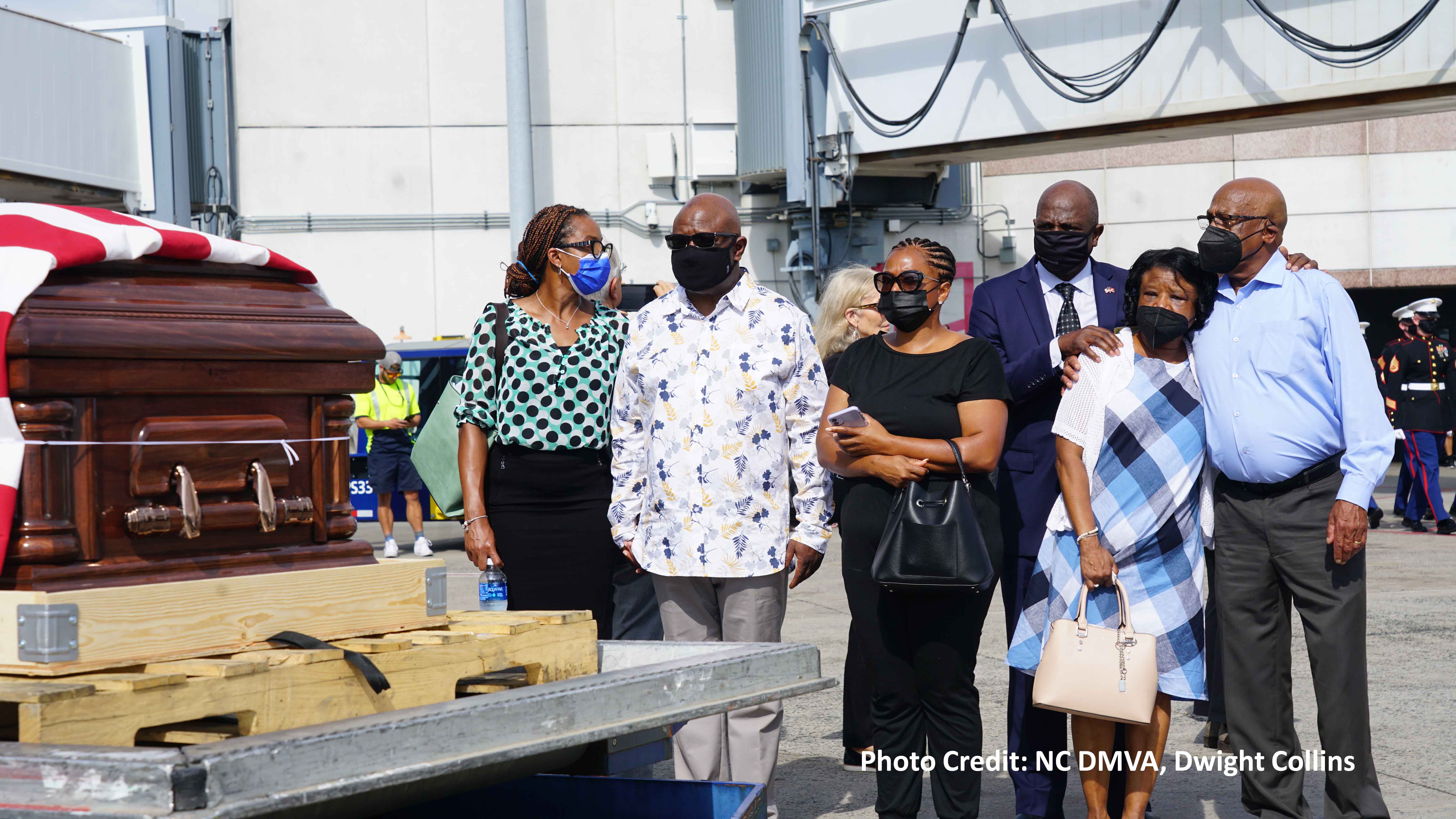 “After so many years of uncertainty, the return of U.S. Marine, private first class Ellis’ remains will help to provide some closure to his family,” Secretary Gaskin said. “As a grateful nation, we owe it to the families of the fallen to memorialize, commemorate, and pay tribute to the heroes who made the ultimate sacrifice. Today, we are reminded of the importance of our solemn commitment to continue the search for our missing in action until all returned home.“

The caring USO NC staff and volunteers of the HST at the USO Center located at the Charlotte Douglas International (CLT) Airport provided assistance to Ellis’ family and ensured a dignified transfer of Ellis’ remains.

In preparation for dignified transfers the USO NC HST coordinates to have a CLT Transportation Security Administration Officer present to help alleviate many of the logistical hurdles of navigating airport security, ensuring families are received at CLT with honor.

While the family waited for the plane safely transporting Ellis’ remains to arrive, USO NC provided refreshments and a comforting environment so that family may properly grieve and honor their fallen hero. No matter what the hour or the need, the USO NC HST is there for the families of the fallen that travel through the CLT or Raleigh-Durham International Airport.

“We have a sacred commitment within the military community, ‘to leave no one behind,’ and this remains true for Pfc. Henry Ellis who bravely gave his life during the Korean War over 70 years ago,” said Jim Whaley, Regional President, USO Southeast Region. “It is an honor to be here today to pay our respects to a fallen Marine and his family as he makes his way home to his final resting place.”

Ellis will be buried Aug. 23, 2021 in the Salisbury National Cemetery in Rowan County, North Carolina, where he was born. On this same day, Governor Roy Cooper will also order United States and North Carolina flags at state facilities to be lowered to half-staff from sunrise to sunset in honor of Pfc. Ellis and all those who have fought for our country overseas and never returned home.