By Joint Base Lewis-McChord Public Affairs 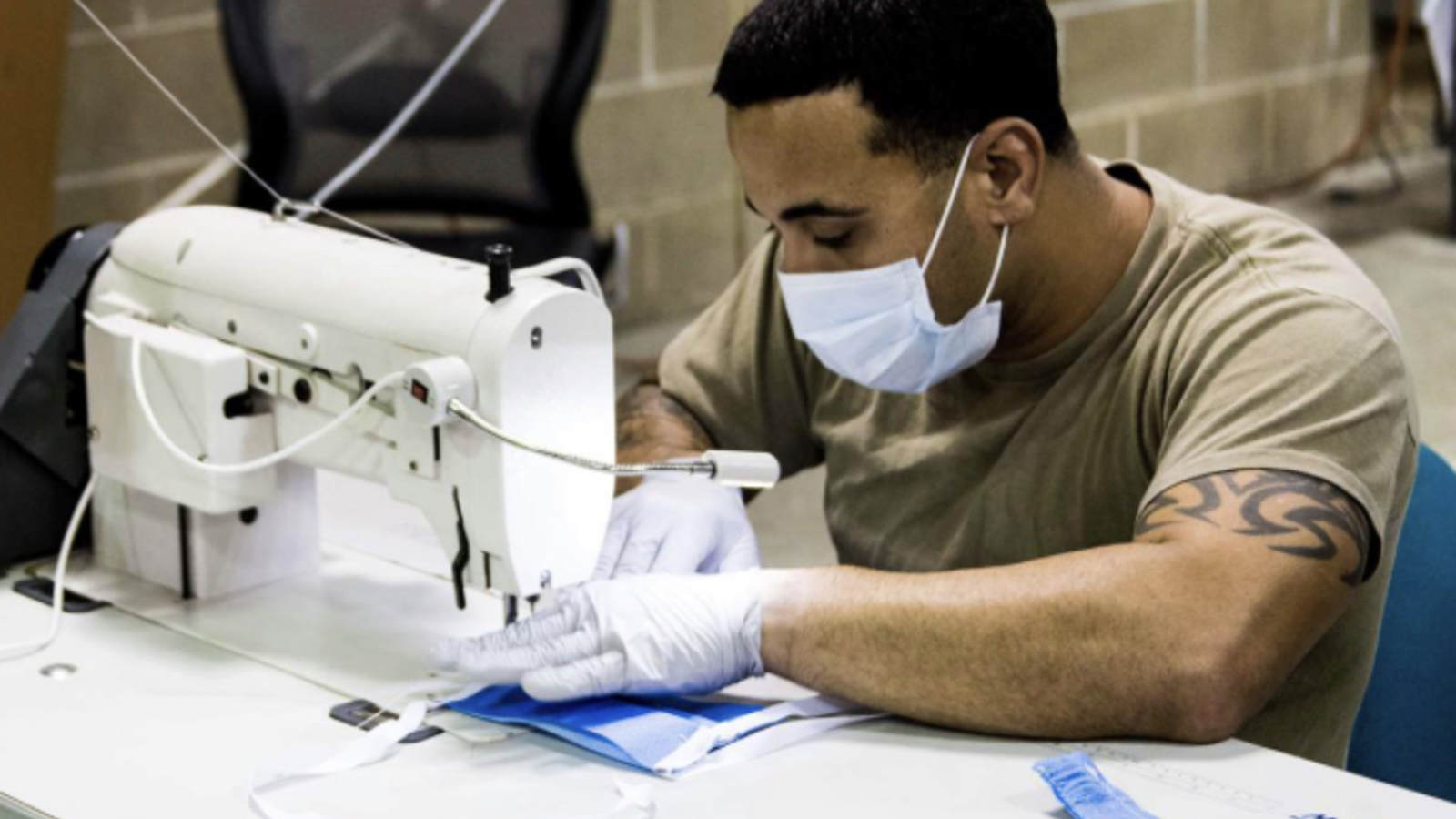 Soldiers will continue to refine the process of producing the masks and improving them following feedback from medical employees.

“The most likely application [for the masks] will be to have a symptomatic patient — one with a cough, sneezing, shortness of breath — wear the mask in order to reduce the amount of respiratory droplets contaminating the environment, helping reduce the likelihood that ill people expose others,” Marcum said.

In this period of adjustment for many people, he said, it is important to remember that the priorities are protecting the force and their families by following medical guidelines.

“Nothing is more important as we work through this unexpected challenge than following the recommendations of public health professionals. Physical or social distancing is critical in reducing the chain of transmission,” Marcum said.

Jones said he looks forward to witnessing the impact of his soldiers’ hard work on the nation as other forces join the battle against this disease.

“I believe this is a phenomenal effort to help our health care professionals and fellow Americans,” he said.

“We’re collaborating with [Army Special Operations Forces] and conventional forces across the Army to make a difference. The effort in and of itself is a worthwhile exercise in how to innovate to provide solutions, especially as the U.S. military has the best capability in the world.”

As of early April 3, the unit had provided 300 surgical masks to Madigan Army Medical Center.

-This story originally appeared on defense.gov. It has been edited for USO-NC.org.