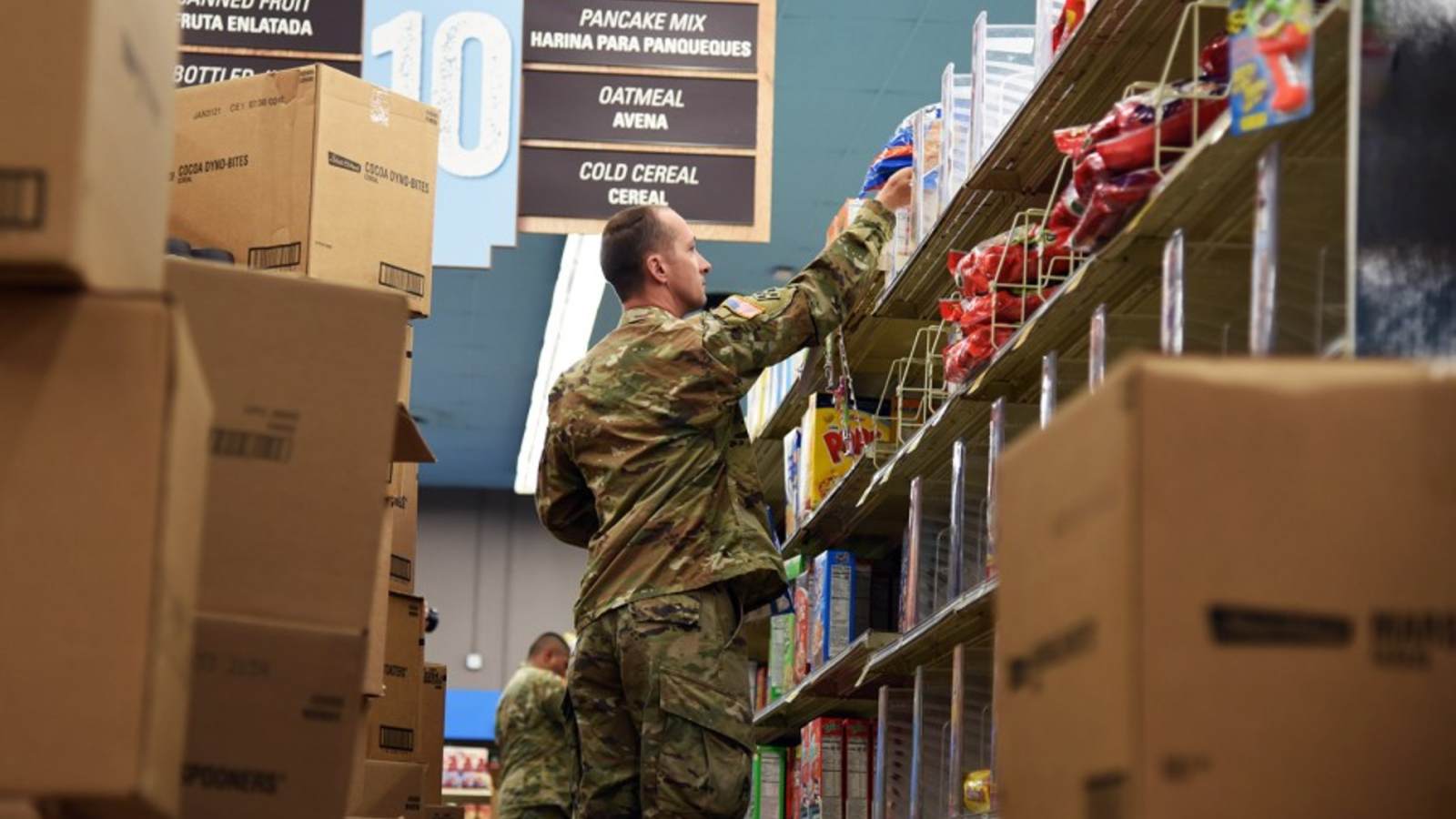 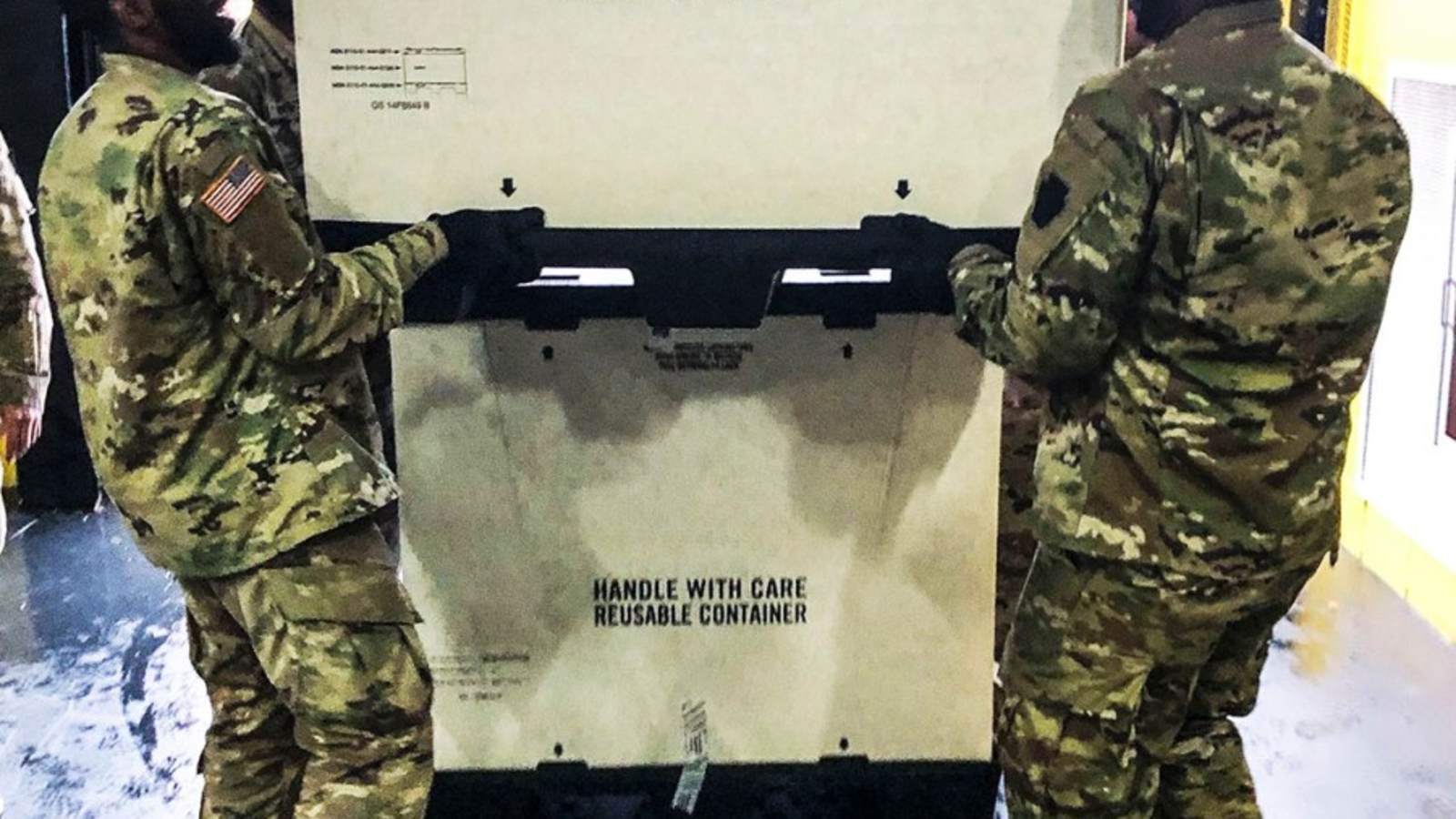 A team of 19 Arizona National Guard soldiers built a 50-bed federal medical station overnight Sunday to begin supporting the Navajo Nation in the fight against the coronavirus pandemic.

Eight soldiers from the Iowa National Guard set up two tents Friday at a Department of Veterans Affairs hospital to screen people entering for the virus.

In Pennsylvania, 25 National Guard members unloaded equipment during the weekend to help the Federal Emergency Management Agency build a non-coronavirus overflow clinic at a school.

These are some of the missions of the nearly 15,000 National Guard members working in every U.S. state and territory as the number of Americans infected with the coronavirus climbed to more than 153,000 and deaths rose to more than 2,800 on Monday, according to the Johns Hopkins University Coronavirus Resource Center.

“This pivot into the medical realm demonstrates the depth and breadth of the skill sets that the Arizona National Guard brings to emergency response,” Maj. Gen. Michael McGuire, Arizona’s adjutant general and director of the Department of Emergency and Military Affairs, said in a statement. Prior to Sunday, the state’s troops had focused on filling gaps in the grocery supply chain by getting products from warehouses to stores.

“We will adapt as needed to defeat this pandemic and we will be always ready, always there for the citizens of this great state,” McGuire said.

Arizona now has more than 1,000 troops activated to respond to the pandemic. The state has more than 1,150 positive cases of coronavirus and the Navajo Nation in Arizona has nearly 100 of them, including two deaths.

National Guard troops throughout the country are also working with the Army Corps of Engineers to increase medical capacity in other states, including New York, which had more than 250 deaths to the virus since Sunday. Other missions include delivering supplies and protective equipment, support coronavirus testing sites and delivering food in hard-hit communities.

“This response isn’t just about delivering food or supporting [coronavirus] test centers. It’s about protecting our children, parents and grandparents. Our nation is looking to the National Guard to help and we can’t let them down,” Gen. Joseph Lengyel, chief of the National Guard Bureau, said in a statement.

With more than 2,700 activated service members, New York National Guard has the largest contingent of troops. Some of them are working with about 600 active-duty Army soldiers at a field hospital in New York City’s Jacob Javits Convention Center.

Though the troops are following protocols to mitigate the spread of the virus among themselves, they are not immune. On Friday, the Maryland National Guard confirmed a service member had tested positive for the virus and was moved to isolation, The Baltimore Sun reported. About 20 additional soldiers who came into contact with the soldier are now being quarantined as a precaution to prevent the spread of the virus.

At least 26 members of the Guard have contracted the virus, including a Colorado Guard member on duty at a coronavirus testing site, Lengyel said last week during a news conference.

On Friday, the Defense Department took steps to move all Guard members from state active-duty status to a federally funded status known as Title 32. This would allow states to remain in control of how the troops are used, but also give the service members federal benefits such as Tricare health insurance and access to military medical facilities during their activation.

FEMA must authorize missions under this status and Defense Secretary Mark Esper on Friday modified and accelerated the authorization process, according to Jonathan Hoffman, chief spokesman for the Pentagon.

“This authorization enables your timely use of the National Guard to save lives and protect public health and safety,” Esper wrote in a letter to each governor sent Friday night. “The men and women of the National Guard are citizen-soldiers who stand ready to serve their communities as we fight [coronavirus].”

While three states — New York, California and Washington — had already received the Title 32 status for their troops, it is unclear how many have been authorized since Friday’s announcement.

This story originally appeared on Stripes.com. It has been edited for USO-NC.org.