USO of NC and OSD Partnership 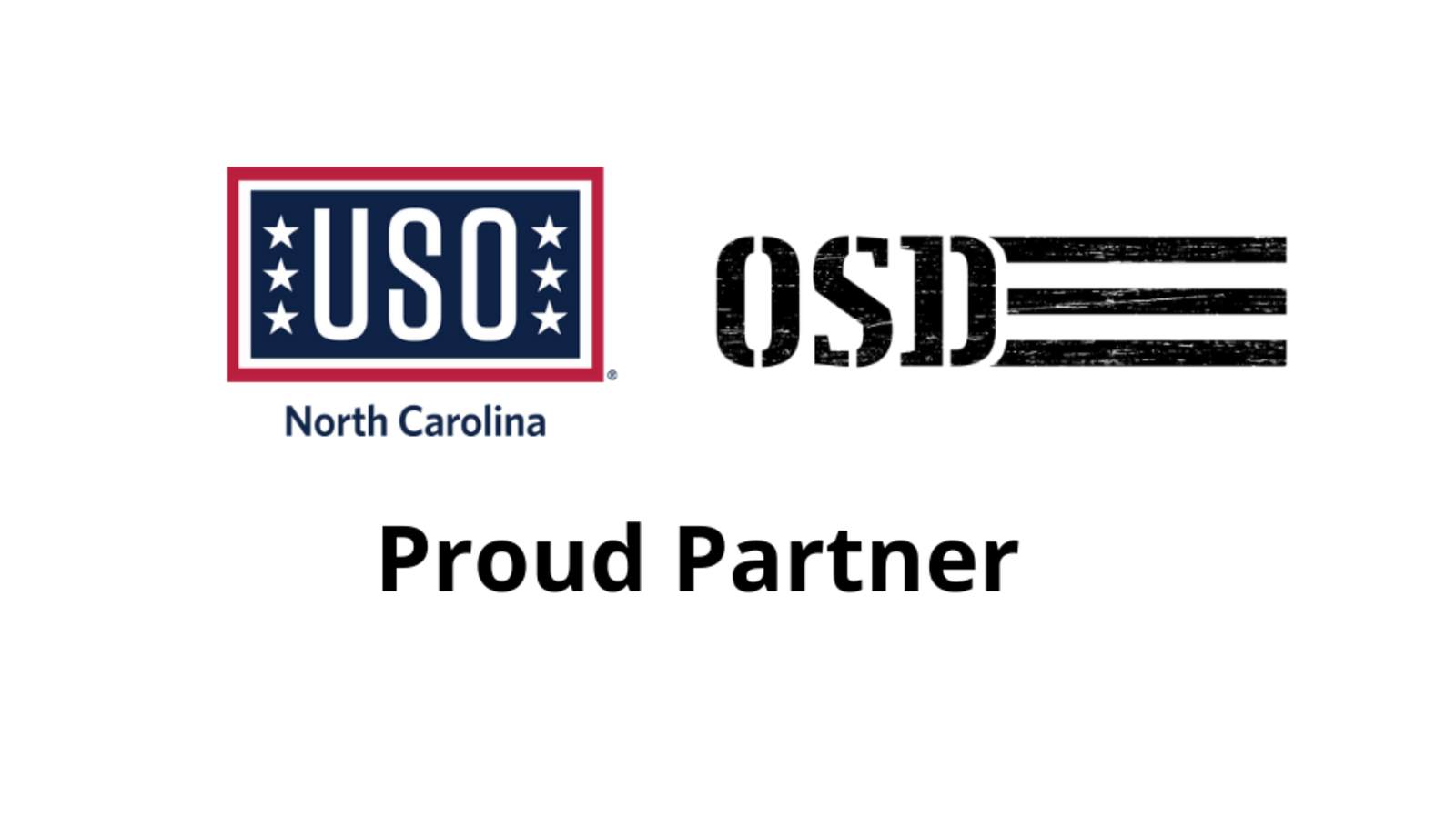 The USO of North Carolina and Outperform Serve Develop (OSD), a national Veteran Support Ecosystem, have leveraged the best of both organizations to create stronger impact and a continuum of support for service members and their families. This partnership brings together two high impact nonprofit organizations to provide ongoing services to our service members and their families throughout their service and then beyond as they enter the civilian world as veterans.

Most recently, the USO of North Carolina opened its 12th Center located on Seymour Johnson Air Force Base (SJAFB) inside Eagle’s Landing, Nov. 21, 2019. The USO organization operates over 200 centers worldwide but this location manages to have something you won’t find in the others (just yet). This location contains a state-of-the-art eSports Gaming Arena.

The eSports Arena was designed in conjunction with a partnership between the USO of NC, and OSD’s Operation Supply Drop, and Wargaming.net. This unique gaming arena features 10 incredible gaming computers, consoles, padded chairs, headphones and space for guests to bring their personal consoles. USO centers serve as a home away from home for service members and their families. While the USO of NC SJAFB, has all the amenities of traditional centers, the eSports arena aims to provide a location for Airmen to gather, relax, and build relationships in a gaming environment.

“OSD is excited to grow our relationship with USO of North Carolina to directly boost the morale of tens of thousands of service members and their families,” said Glenn Banton, CEO & executive director of OSD. “Video and tabletop gaming are fantastic catalysts to strengthen bonds between family members and the community, leading to improved mental health and wellbeing. We’re thrilled to provide valuable and memorable fun at the new USO Seymour Johnson Air Force Base eSports Center and through North Carolina as a partner with the USO of NC!”

“OSD and Wargaming.net are a perfect fit aligning with the USO of NC’s mission of keeping our service members connected to Family, Home and Country,” said Jim Whaley, CEO and President of the USO of NC. The center serves more than 6,000 Airmen stationed at the base along with all other branch of services, reservist, national guard, retirees and their families in the Goldsboro community. Since opening, the center has become a hub for Airmen living in the dorms. The base is noticing USO of NC involvement and a decrease of base DUI’s. Whaley hopes this will be the model for future centers around the nation.
The center is open Monday through Saturday from 8 a.m. to 8 p.m. with extended hours on Friday and Saturday nights. For more information contact the USO of NC SJAFB directly and view our website, and social media for upcoming events.