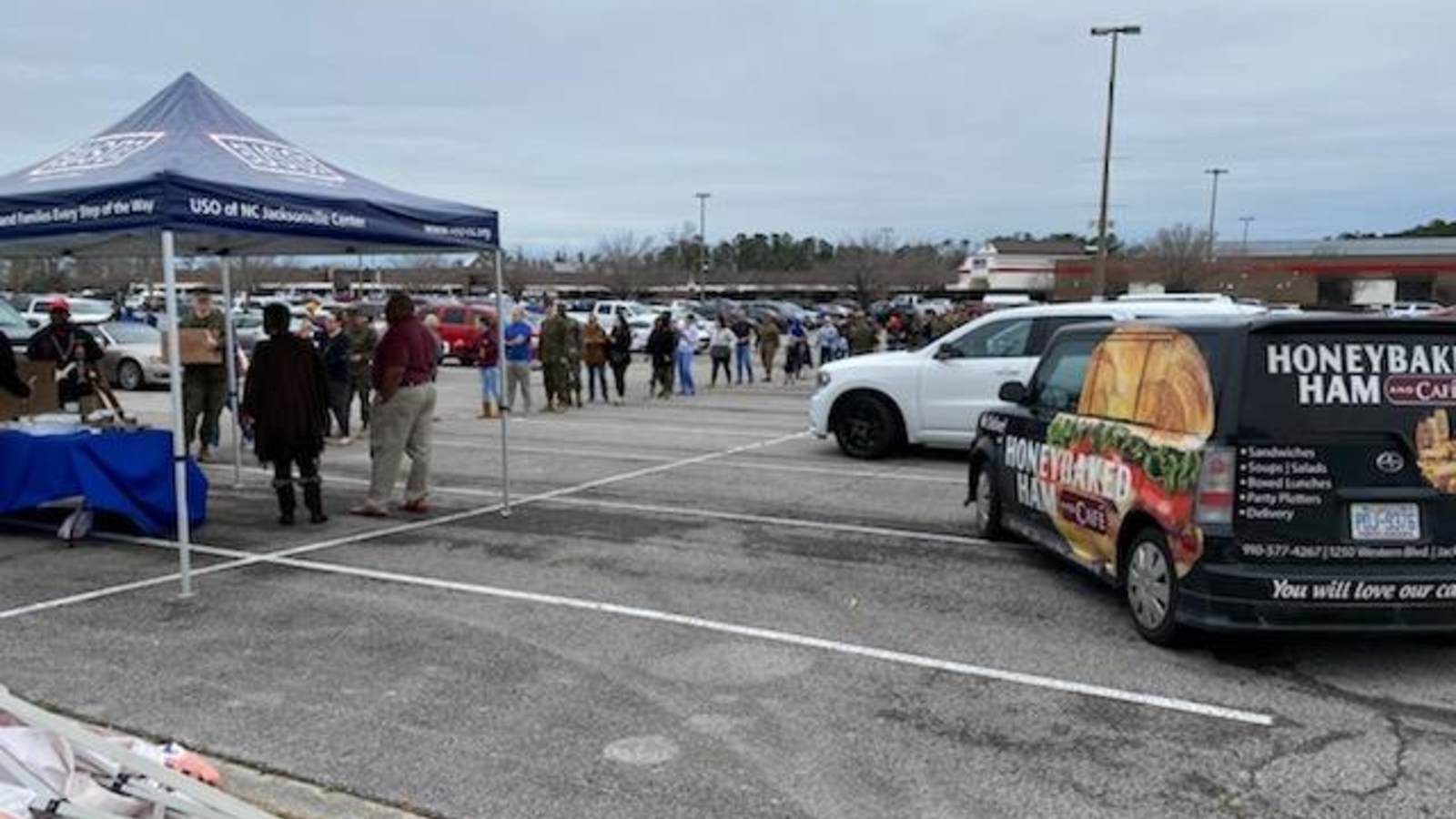 The USO of North Carolina is a proud recipient of a large donation from The Honey Baked Ham Company. Over 1,800 ham and turkey meals including desserts, and heat-and-serve sides were delivered to the USO of NC- Jacksonville Center. This charitable donation is part of the companies “Hamsgiving” initiative that is committed to helping the communities in which it Honey Baked operates.

“At The Honey Baked Ham Company, giving is a part of who we are. While a large portion of America’s giving happens in November and December, we recognize the importance of year-long service to our communities. We consider it an honor to be able to serve those who serve our country every day.

Volunteers and workers at USO of NC distributed the meals to service members and families around the heavily populated military community of Jacksonville, N.C. North Carolina has one of the largest military footprints of any state, and our organization is honored to receive donations of all forms that can help us better support our heroes and their families.

“We would like to sincerely thank the Honey Baked Ham Company for their generosity last week. That was one of the nicest gestures we have ever witnessed, very impressive all around”.