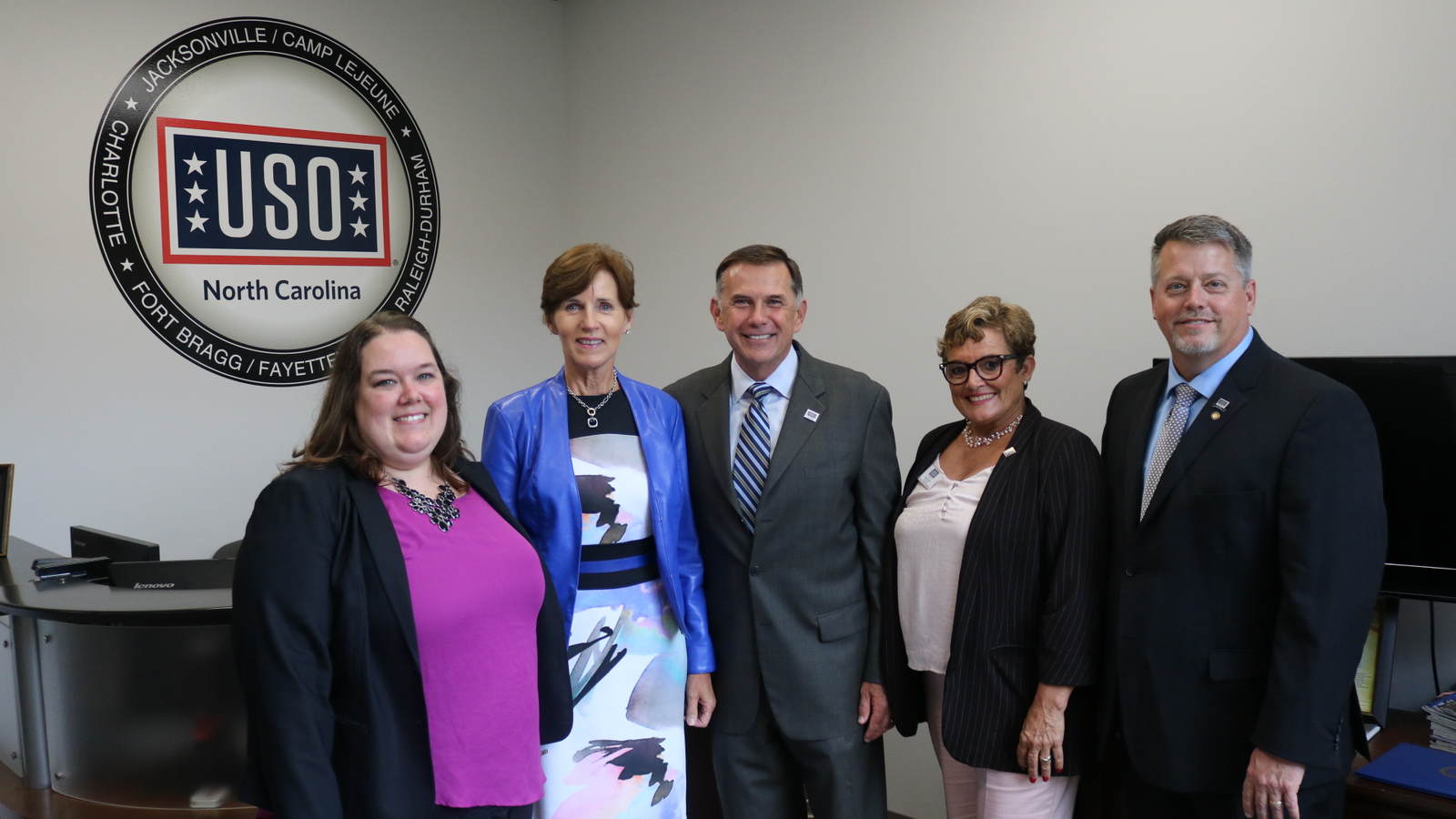 Raleigh, N.C., - The USO of North Carolina, a nonprofit organization that strengthens military service members and their families, today announced that its Board of Directors has unanimously appointed James E. Whaley as the organization’s new president and CEO. Whaley succeeds John Falkenbury, who continues to support those who have served in a new capacity as executive vice president at the Congressional Medal of Honor Society.

Whaley honorably served as a Master Army Aviator and U.S. Army Helicopter Instructor Pilot and also served as the director of communications at the United States Military Academy at West Point. He currently serves on the Boards of Directors of Veterans Bridge Home, Hope for the Warriors and Red Cross of the Carolinas and the Lock Haven University Foundation.

“I am honored to join an organization with such a proud history of serving our military, veterans and their families. North Carolina has a great history of appreciating military service and is home to the oldest USO in the world,” said Whaley. “Serving our active duty, National Guard and Reserve personnel across the state is accomplished by the exemplary service of the USO and it’s many volunteers. I am proud to join this great team, who are the force behind our forces.”

Whaley assumes the role of president and CEO August 15, 2019. To learn more about the USO of North Carolina and the critical programs and services it provides, visit uso-nc.org.