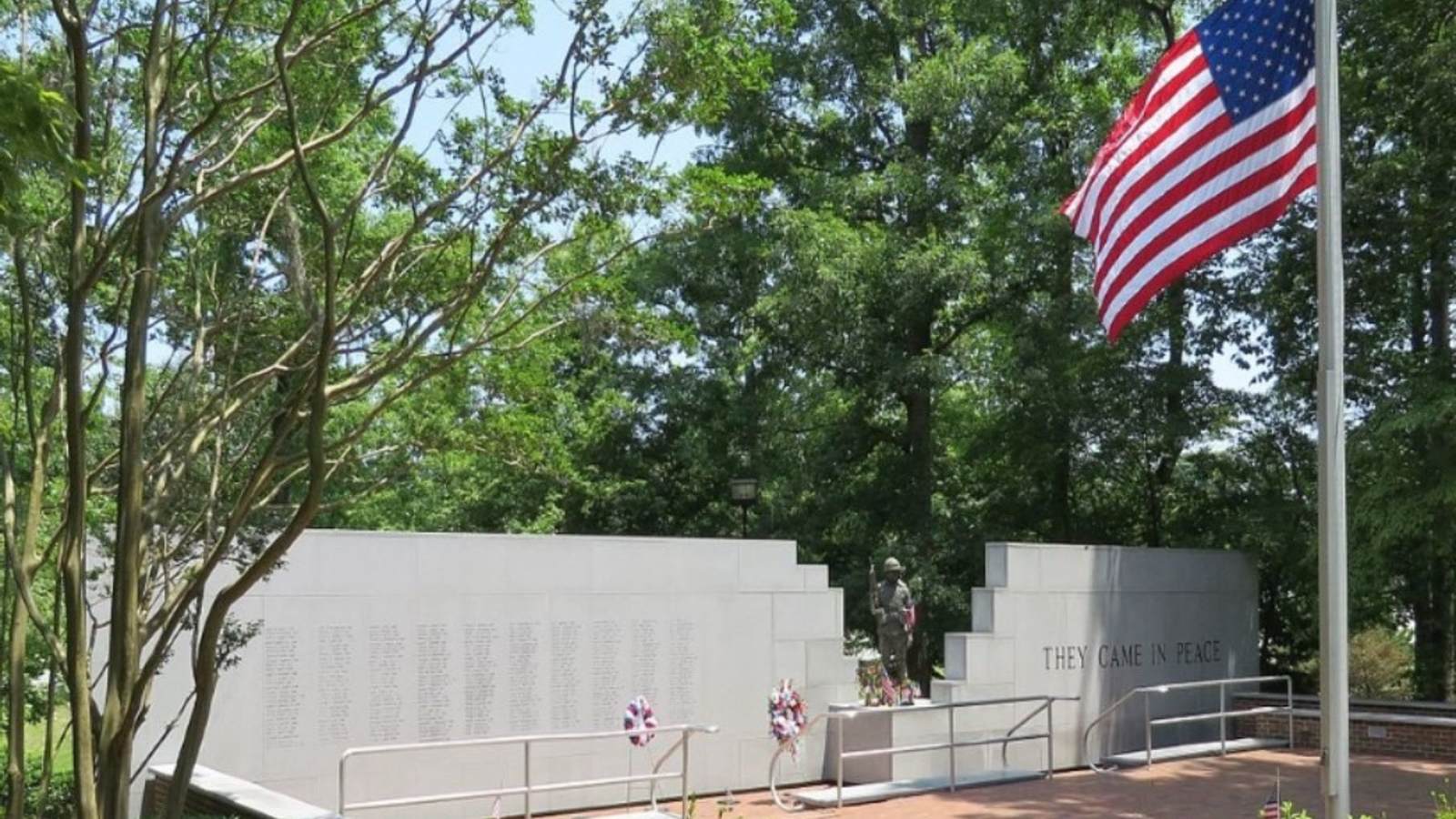 Jacksonville, NC– On October 23, 1983, 241 Marines, Sailors and Soldiers lost their lives while serving on a peacekeeping mission in Beirut, Lebanon when a bomb carried by a pickup truck, detonated at their barracks. Many of those lost were stationed aboard Camp Lejeune where the effects of the tragedy still influence the community today. To honor those service members, and support those who assume their role in service, the USO of North Carolina is hosting a Beirut Memorial Ruck Sunday, October 20.

The Beirut Memorial Ruck, open to 300 participants, will begin at the Jacksonville Beirut Memorial and travel along the greenway to Camp Lejeune’s Main gate and back to the Memorial. This route parallels the original memorial trees originally planted in honor of the fallen. The ruck is 10.23 miles, representing the month and day of the bombing. Participants are encouraged to carry a weighted pack though it is not mandatory; the participation fee is $35.

The event will kick off the local weeklong Beirut Memorial Events and is supported by the Beirut Veterans of America and the local military community.

“The purpose of this Ruck event is to band together and reflect and honor those lost that Sunday morning, October 23, 1983 and remember the following events in Grenada,” said Amy Leuschke, USO of North Carolina Coastal Area Director. “Our vision is to encourage patriotism and community, observe and memorialize the significance of the event within our community and support our past, present and future military.”

The Beirut Memorial Ruck will take the place of the USO of North Carolina’s Boots on the Run race, previously hosted each year near September 11. Participants can register for the event at: give.uso-nc.org/ruck. Registration includes entry to the ruck march, a t-shirt and a collectable memorial patch.

ABOUT THE USO OF NORTH CAROLINA The USO of North Carolina strengthens America’s military service members by keeping them connected to family, home and country, throughout their service to the nation. Founded in 1941, the USO of NC is a nonprofit, charitable organization, relying on the generosity of North Carolinians to support its programs and services. The USO of NC serves the third largest military population in the U.S providing service members and their families nearly 600,000 service connections through education, wellness, transition assistance and resiliency programs across the state. Combined Federal Campaign donors have joined thousands of individual donors, our Chairman’s Leadership Circle partners Harris Teeter and Lowe’s Home Improvement, 4-Star Patriot Circle American Airlines, Bank of America, Community Coffee, USAA and other corporate partners to support the USO of NC and our service members. For more information visit www.uso-nc.org and to donate, visit give.uso-nc.org.