'Place to Escape': How the USO of North Carolina-Jacksonville Became A Special Needs Family's Oasis

By Video by Sandi Moynihan, story from USO Arlington 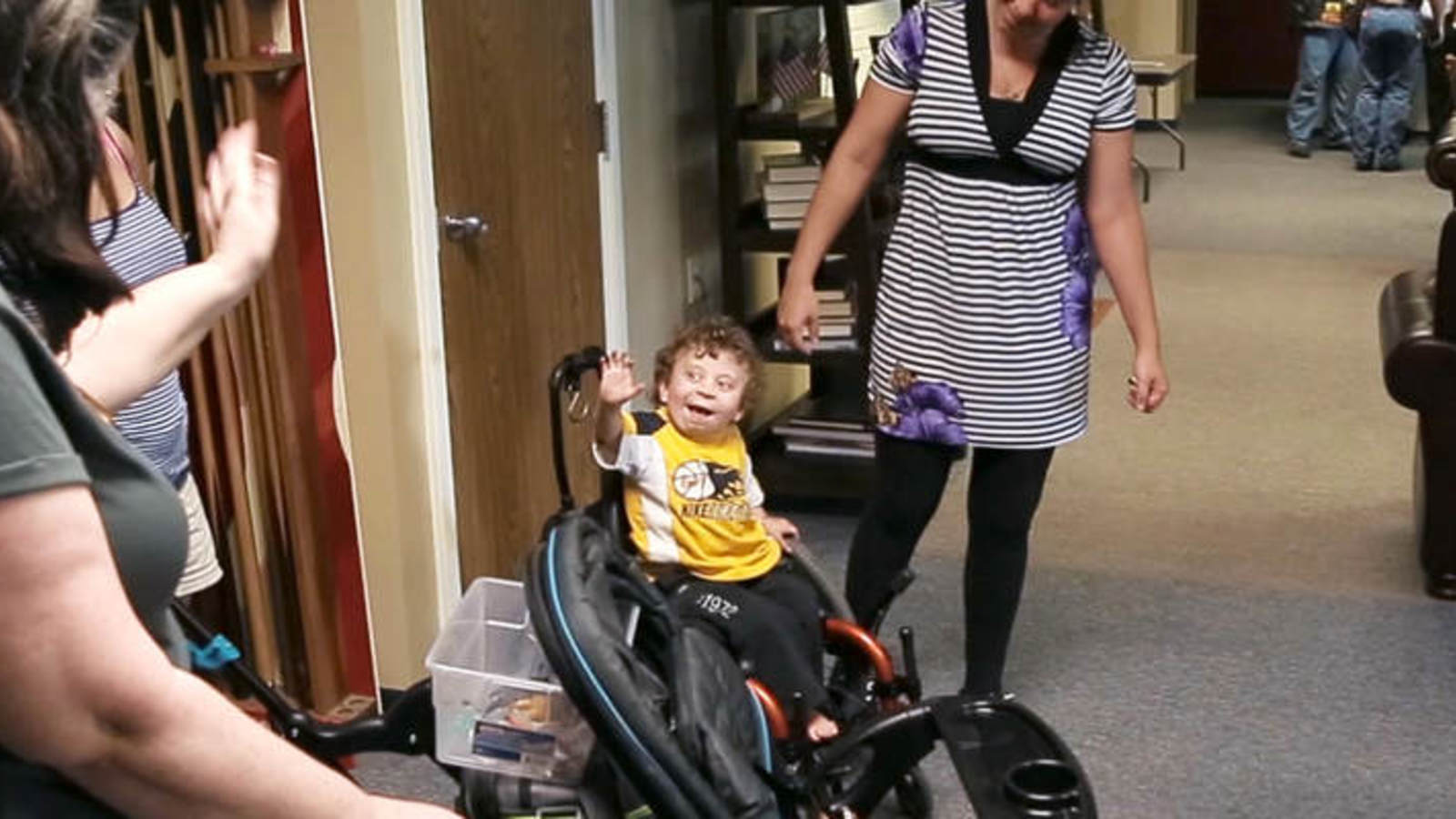 JACKSONVILLE, North Carolina—The Geronimes were familiar with the USO. But it wasn’t until their youngest son, Austin, was born that they truly became a part of the USO of North Carolina family.

“Living with Austin isn’t the easiest,” said his mother, Avis Rebecca Geronime. “His daddy is a Marine. His daddy is deployed right now and that’s really hard on the whole family. And then you add anywhere from 10 to 25 doctor’s appointments [a month] and financial burdens and it adds a whole new level of stress.”

Doctors initially thought Austin — born in May 2013 — would only live a week. Three years later, Austin is a happy, thriving pre-schooler living with over two dozen medical conditions that impact both he and his family’s daily life.

That’s where the USO of North Carolina’s Jacksonville location comes in. The center, located near Camp Lejeune, provides a welcoming, safe place where Austin can roam in his wheelchair and play and where the Geronimes and their two other children can take part in great programming tailored to military families.

“[The USO] gives us all a little break … from the whole medical and military life,” Avis Rebecca said. “This is just our place to escape.”