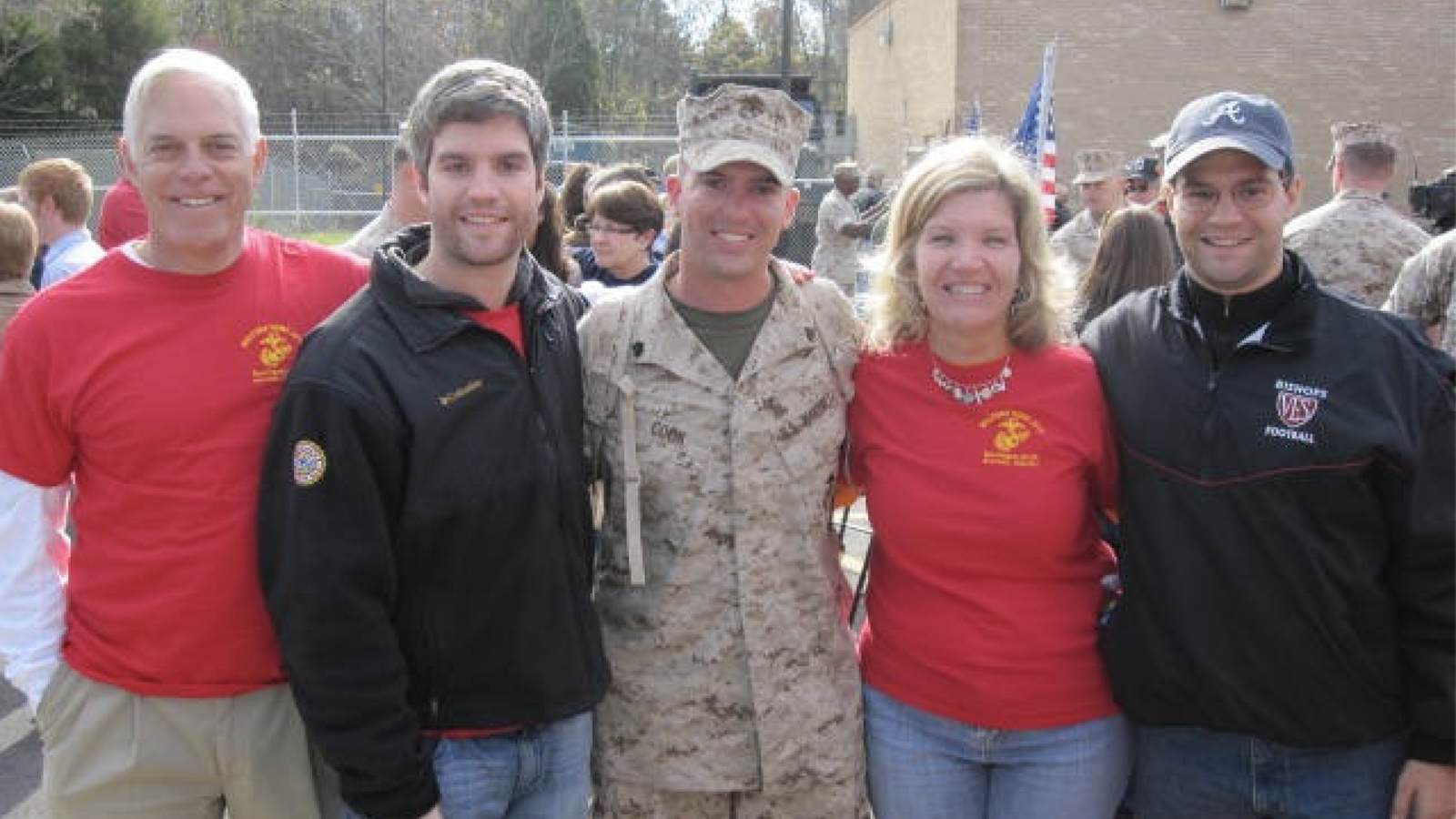 Harris Teeter’s Support Our Troops campaign is making a major impact on the lives of our service members and their families. Customers and associates alike have come together to show their appreciation for our military throughout the campaign, but for some Harris Teeter employees, the campaign means so much more. That’s certainly the case for Ed Cook, Harris Teeter’s Director of Wine and Beer.

Throughout his son’s Marine Corps career, Cook has been the recipient of three phone calls that reflect any parent’s biggest fear. On three separate occasions, Cook and his wife received phone calls from his son to let him know that he was injured at war.

“We were fortunate each time. Even though he was in rough condition, we heard about the injury directly from him,” said Cook.

His son, Eddie, was shot by a sniper in Northern Iraq and survived two IED explosions in Iraq and Afghanistan. Eddie is the recipient of three Purple Hearts. In his father’s own words, he’s doing great today, but it was very difficult to go through those deployments. While his son was away, Cook felt support from his unit and fellow families, but didn’t feel as though the rest of his community had a good picture of the sacrifice our military families make.

That’s why Cook is proud to work for a company that chooses to give back in this way. “It’s good for people to know that organizations like the USO are out there supporting our troops,” he said.

After 31 years at Harris Teeter, Cook has seen the company continue the tradition of supporting the communities it serves, and the company’s partnership with the USO of North Carolina makes that commitment much more satisfying in his eyes.

“What I really like about the campaign is it gives every customer a chance to participate as they go through our stores.”

Cook said that he knew his son would join the military from a young age, and was very proud when he graduated from bootcamp and went on to serve. Now, his son Eddie, is proud of his father for giving back to those who serve.

“I think he’s really proud that I work for a company that does this,” said Cook.

As Independence Day approaches, Cook encourages Harris Teeter shoppers to round up in support of our troops.

“The country is at a good place in what it thinks about our troops and people serving in the military, and the Fourth of July is a great reminder of that.”