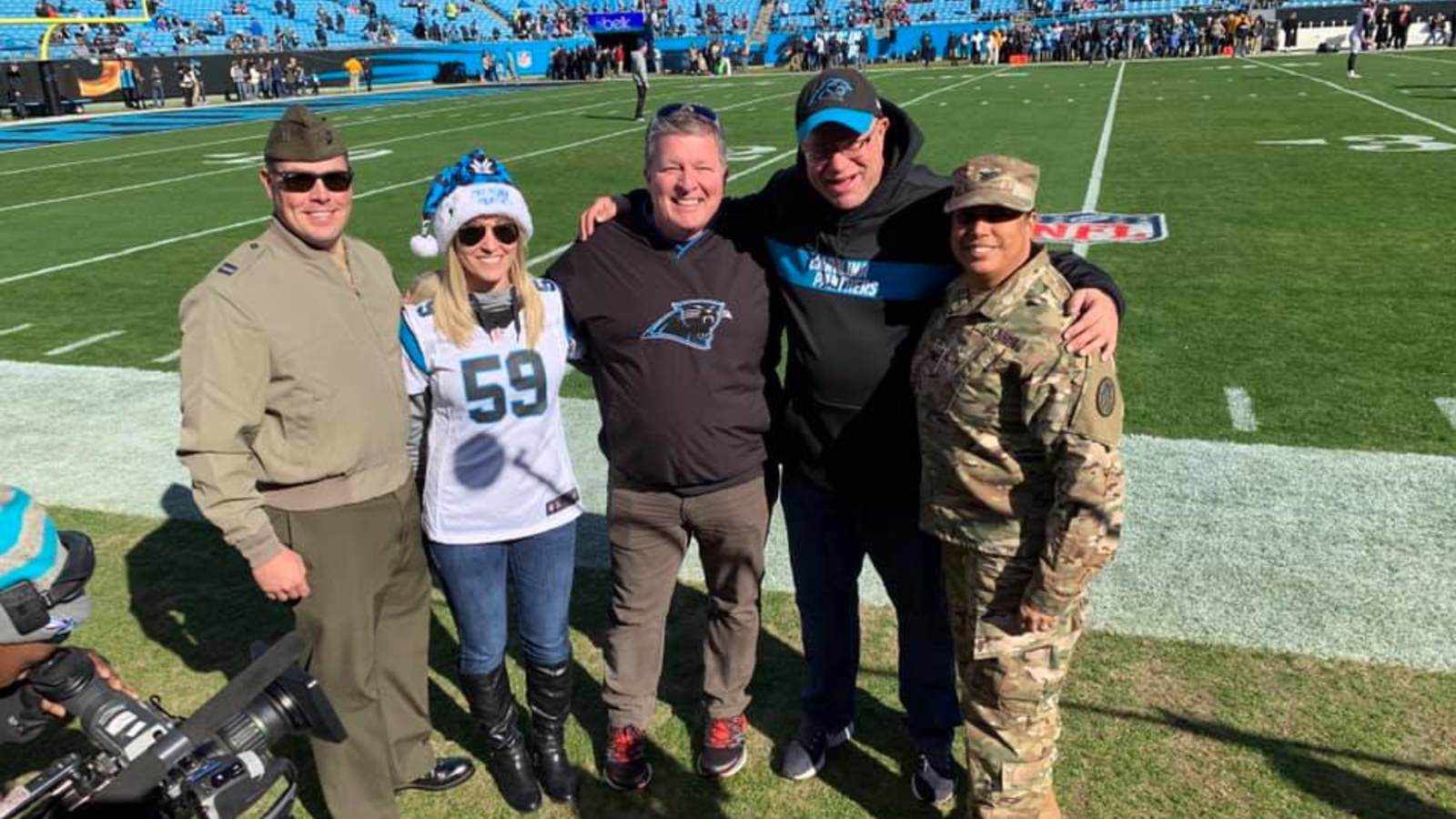 Army Col. Cristina Moore and Marine Corps Capt. John Inabinet are headed to the 2019 Super Bowl to see the New England Patriots take on the Los Angeles Rams with an all-expenses-paid trip as part of a partnership program between the Carolina Panthers, Bank of America and USO of North Carolina.

The service members were nominated by friends and family for the Salute to Service Operation Game Day program - a chance for a service member to have the ultimate Carolina Panthers game day experience. Both Moore and Inabinet were told they did not receive the opportunity, but were given game tickets. When they attended the game on December 23rd, they were surprised with tickets to the Super Bowl during half-time.

Col. Moore and Capt. Inabinet are enthusiastic Carolina Panthers fans and were selected not only for their commitment to military service, but also for their service to others.

“Cristina continuously gives so much of herself to others… that it would mean the world to her to for someone to take the time to recognize her for the sacrifices she has made and continues to make in service to our nation, state, and community,” said Col. Moore’s husband Robert.

“When his squadron went to Charlotte, NC for Marine Week, he got two jerseys signed for me, a hat signed for my brother, and a cup signed for my sister-in-law. When I asked him what he got for himself, his response was ‘nothing.’ That’s the type of person he is. He thought of us first, even though he is the biggest fan I know,” said Capt. Inabinet’s fiancé Rachel.