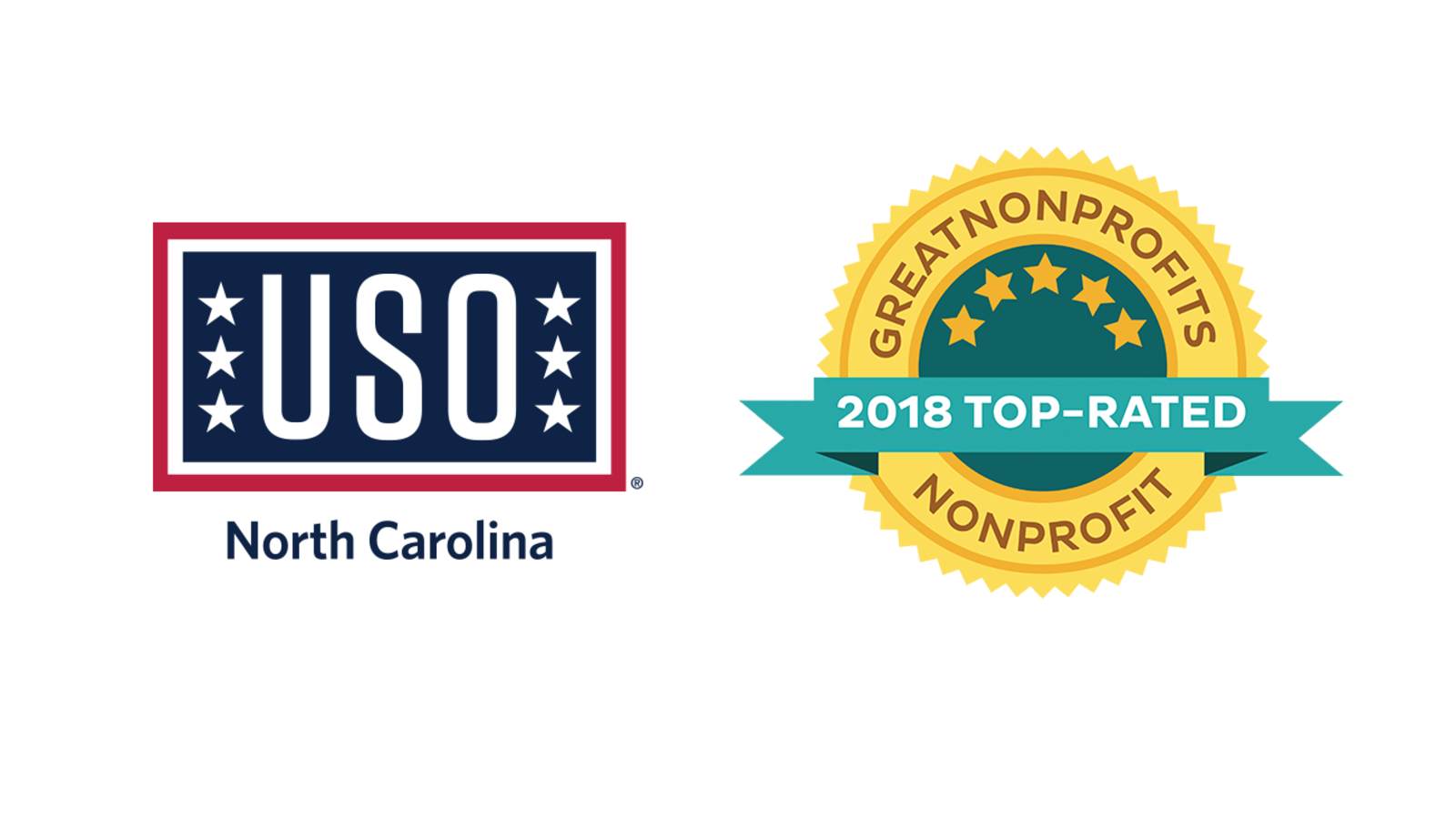 GreatNonprofits.org award is based on positive online reviews

*Morrisville, NC -*The USO of North Carolina announced today that it has been honored with a prestigious 2018 Top-Rated Award by GreatNonprofits, the leading platform for community-sourced stories about nonprofits.

“We are proud of our accomplishments this year that have resulted in being named a Top-Rated 2018 Nonprofit, in addition to our top Charity Navigator and Guidestar ratings” says John Falkenbury, USO of North Carolina president. "The Top-Rated Nonprofit award was based on the large number of positive reviews that we received—reviews written by volunteers, donors, and service members and their families that attend our programs.”

People posted their personal experience with the nonprofit. For example, one person wrote, “It’s all about service members and their families. You can’t get any better than that. The people who run it care. There isn’t a better non-profit on earth as far as I am concerned.”

“Savvy donors want to see the impact of their donations more than ever,” said Perla Ni, CEO of GreatNonprofits, “People with direct experience with the USO of North Carolina have voted that the organization is making a real difference.”

Being on the Top-Rated list gives donors and volunteers more confidence that this is a credible organization. The reviews by volunteers, clients, and other donors show the on-the-ground results of this nonprofit. This award is a form of recognition by the community. The USO of North Carolina is also a top rated charity by Guidestar and Charity Navigator.

ABOUT GREATNONPROFITS: GreatNonprofits is the leading site for donors and volunteers to find reviews and ratings of nonprofits. Reviews on the site influence 30 million donation decisions a year. Visit www.greatnonprofits.org for more information.

ABOUT THE USO OF NORTH CAROLINA: The USO of North Carolina strengthens America’s military service members by keeping them connected to family, home and country throughout their service to the nation. Founded in 1941, the USO of NC is a nonprofit, charitable organization, relying on the generosity of North Carolinians to support its programs and services. The USO of NC serves the fourth largest military population in the U.S. through critical education, wellness, transition assistance and resiliency programs across the state, resulting in nearly 600,000 service connections each year. For more information, visit uso-nc.org.