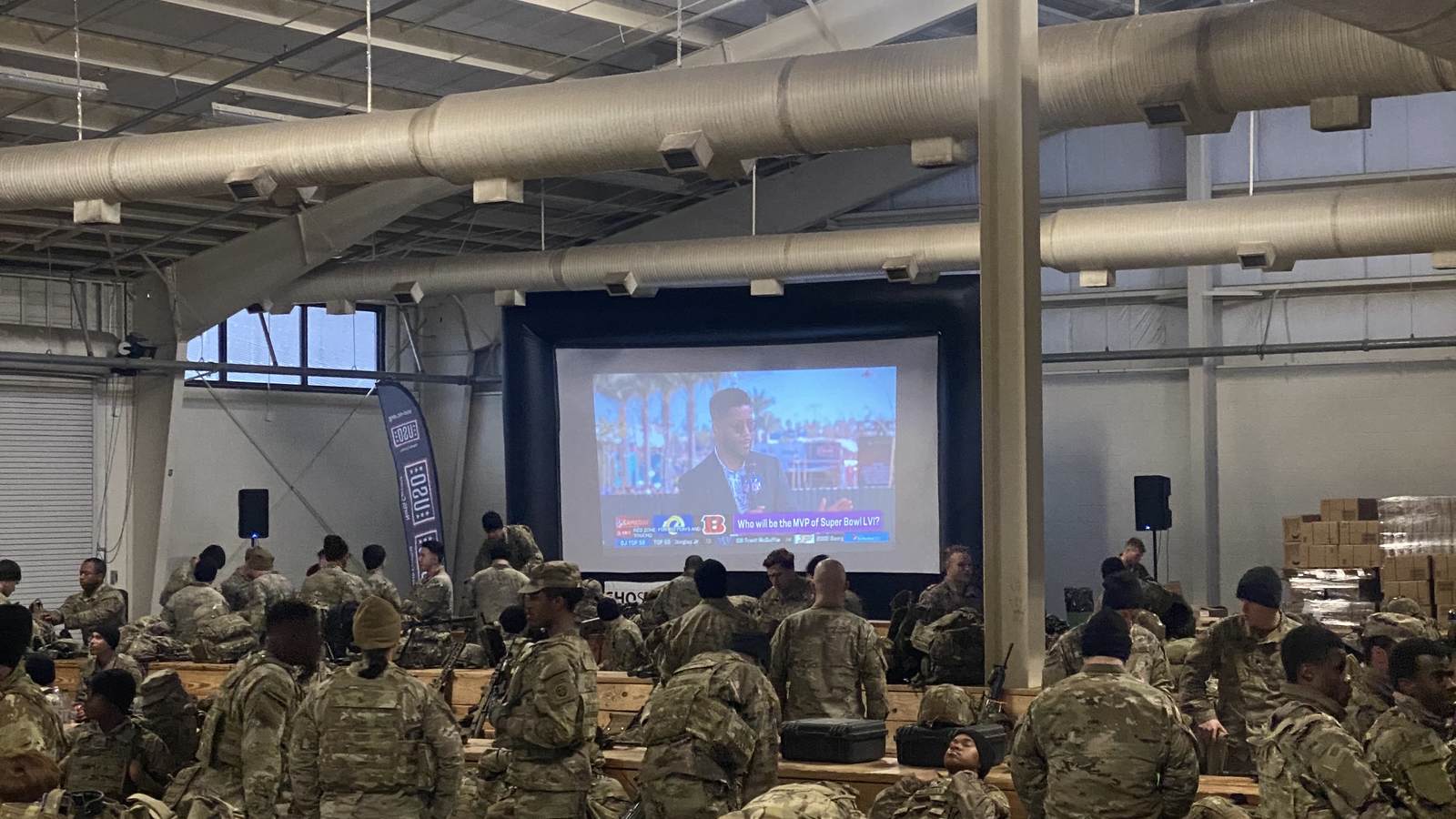 Between the game, the memorable halftime show, and the entertaining commercials, Sunday’s Super Bowl delivered for everyone that watched it, and this year, USO North Carolina made it a little easier for a lot more people view it.

In the midst of a mass deployment, the 82nd Airborne experienced the Super Bowl while waiting at the Green Ramp holding station prior to boarding their aircraft. Equipped with an inflatable outdoor theater screen, hotdogs, hamburgers, sodas and more, Brian Knight, Center Operations and Programs Manger for the USO Fort Bragg center, ensured that this was one event the deploying service members would not miss. 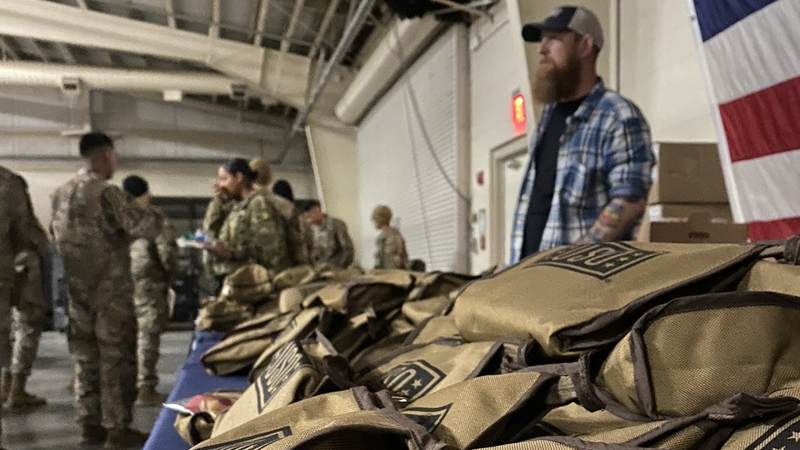 Brian Knight watches over the USO Rack Packs that were given to deploying service members on February 13, 2022. | Photo credit Emily Bernson

“Service members make a lot of sacrifices,” said Knight. “They miss a lot of holidays, birthdays, and other important events, so if USO NC can provide something as simple as an opportunity to view the big game, then that’s what we do.”

The highly anticipated half-time show was a huge hit with the crowd. The 600 deploying service members “blew the roof off of Green Ramp,” said Knight. 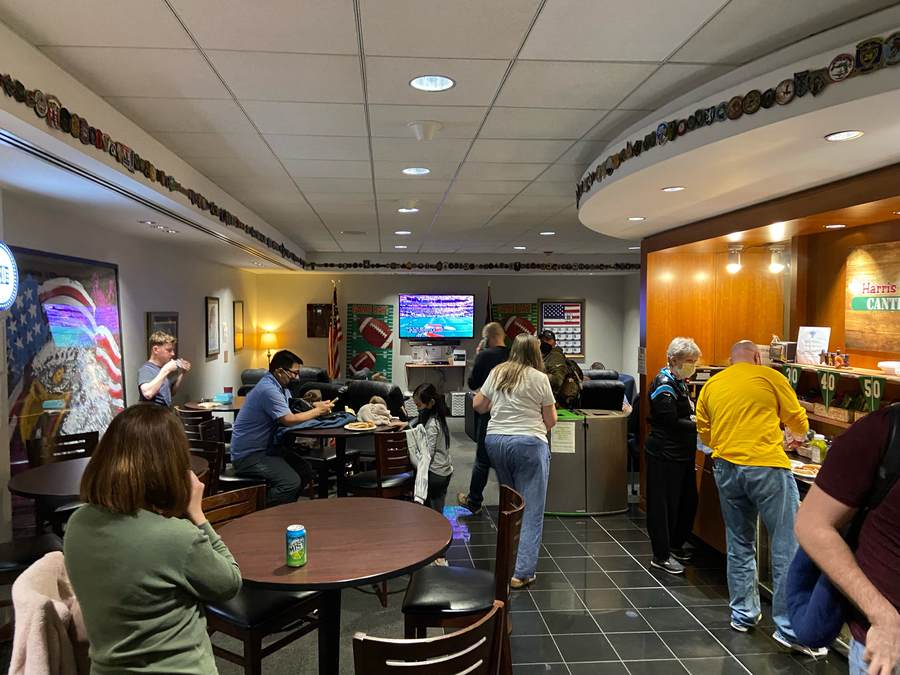 The Charlotte Douglas International Airport center normally closes at 6pm daily. This year, the center kept its doors open late to allow 284 weary travelers to watch the Super Bowl comfortably throughout the event.

“It’s exhausting enough flying later into the evening and on a weekend,” said Julie Milani, Center Operations and Programs Manager for the USO Charlotte center. “To have the comforts of home, to relax and to cheer on your favorite team, it was like one big happy family.” 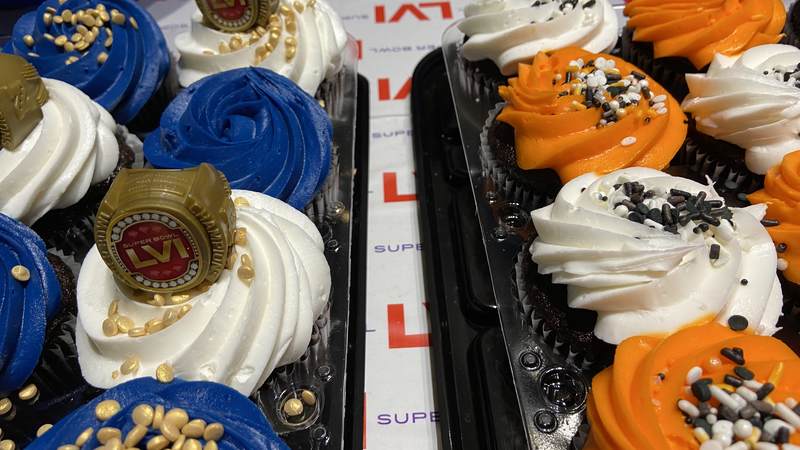 The airport center also provided quite the spread of snacks and treats. Themed cupcakes and matching décor led one traveler to exclaim, “you really went over the top on this!”

The center stayed open until after the game ended and had a steady stream of travelers viewing the game throughout the entire event.

The Seymour Johnson Air Force Base Center kicked off the Super Bowl festivities with a Madden 22 Tournament on Thursday, February 10.

“The Madden tournament was a great way to bring a sense of community to the USO right before the Super Bowl,” said Emily Bernson, Center Operations and Programs Manager for the USO Seymour Johnson AFB center. “It was a great opportunity for the players to connect with other Airmen who had similar interests.” 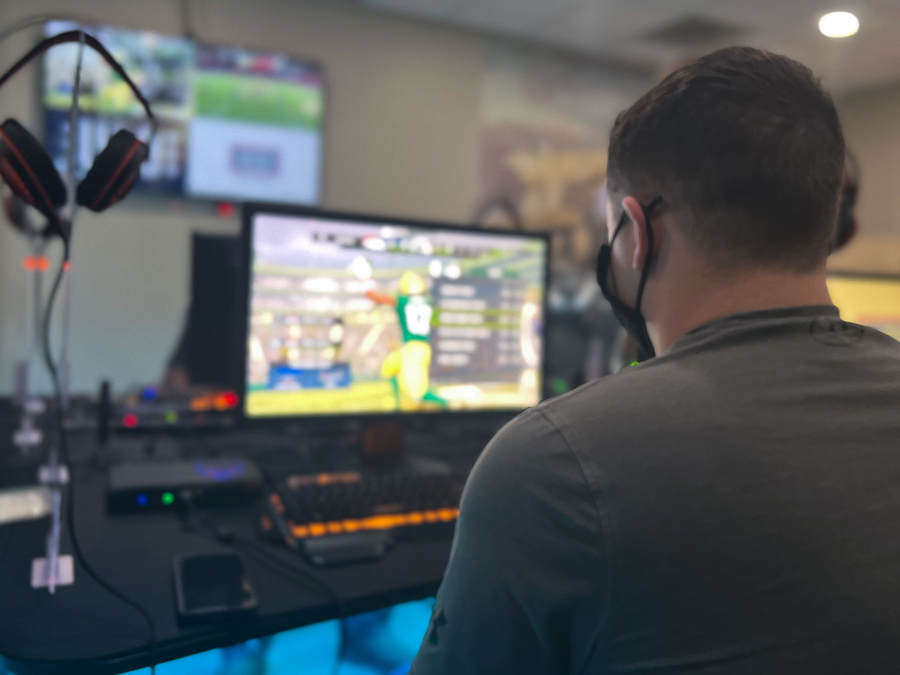 Some service members who had no intention of competing, got caught up in the action and jumped onto one of the center’s 13 gaming stations to contend. 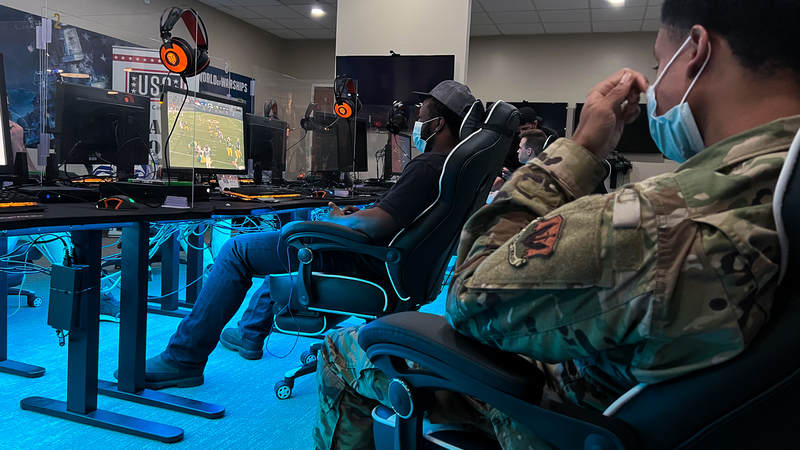 “(Service members) love networking through gaming. I think it’s a great way to get us all involved together,” said Airman Daryl Goods.

The gaming tournament was open to all military service members and their spouses. Moving forward, the SJAFB USO center will have similar style gaming events on the 2nd Thursday of every month.