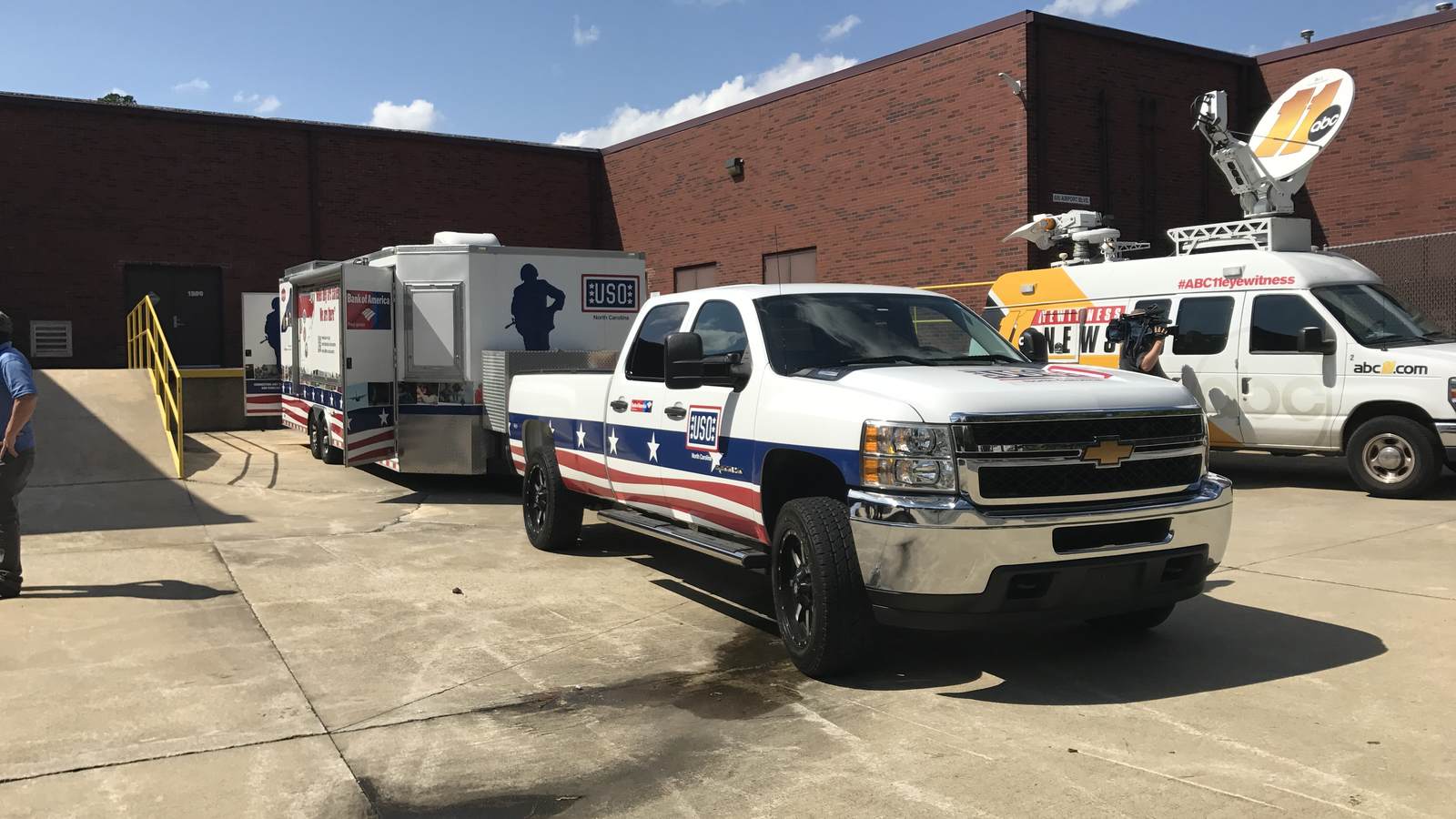 MORRISVILLE (WTVD) – The United Service Organizations (USO) of North Carolina has a truck packed up and ready to roll out Thursday.

Staff with the organization is heading to Florida to help the National Guard and soldiers from Fort Bragg who are assisting Hurricane Irma victims.

Darius Crisp, a reserve Marine, is coordinating efforts and is anxious to help fellow service members.

“We’re all out there in the same fight,” he said. “I feel like just because I have that military connection, I need to be out there helping them. I can’t sit back and just watch them. I’m really glad I’m about to support them.”

WATCH THE FULL STORY AT ABC 11.

**This effort was supported with donations from Harris Teeter, Walmart, and Paradies Lagardere.