‘I Don’t Know What to Say But Thank You’: Troops Deploying to Afghanistan and Haiti Bolstered by USO 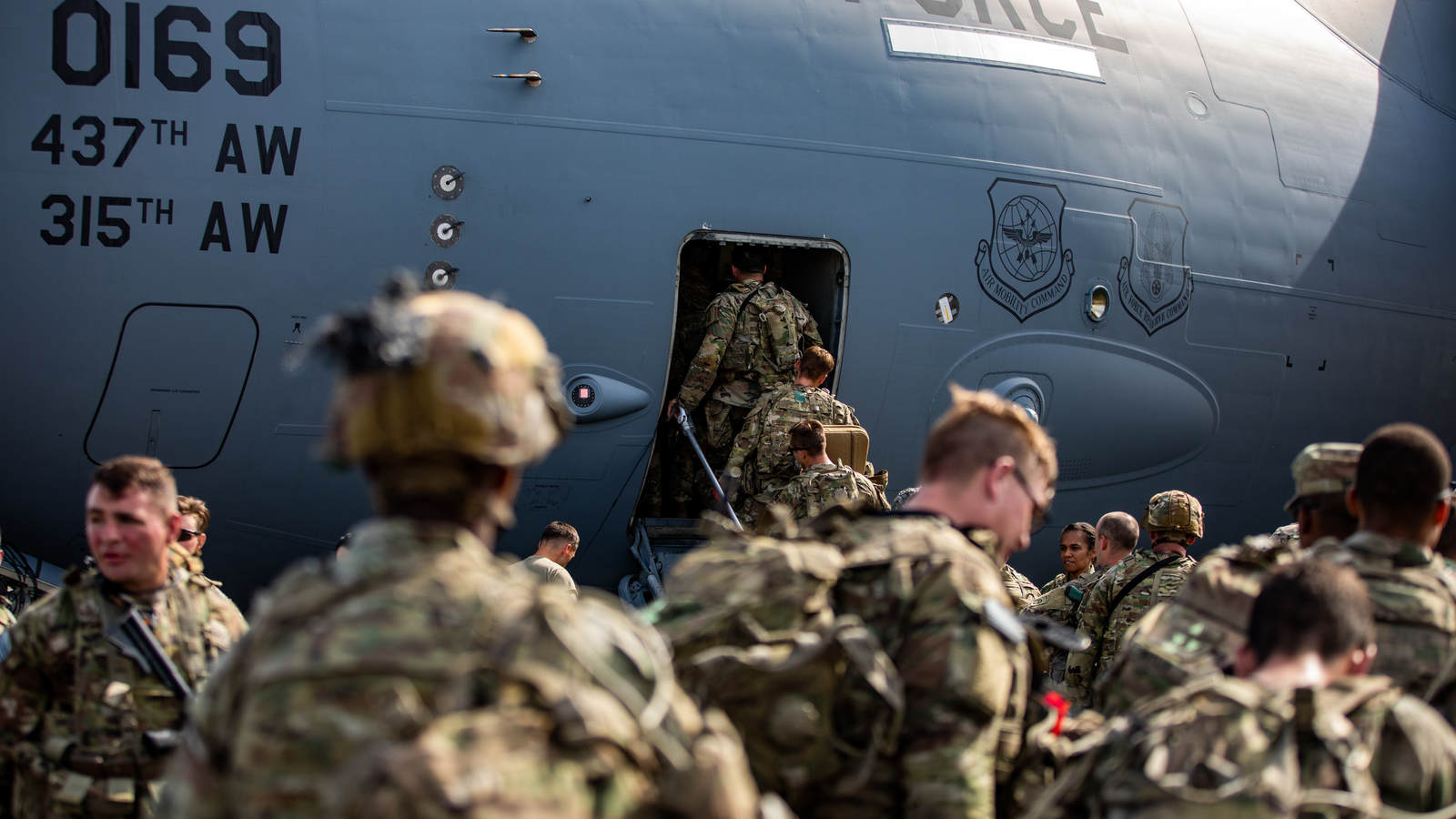 When they go, we’re ready to go, too.

This past week, the USO mobilized with less than five hours’ notice to support service members living in the U.S. Southeast who were rapidly deployed for critical missions in Afghanistan and Haiti.

During rapid deployment situations like this, service members often have very little time to plan, pack or say goodbye to loved ones before being sent on their mission. This makes the sight of a Mobile USO unit or a smiling USO staffer handing out snacks or personal care items before they head into harm’s way a particularly welcome one.

The USO’s unique ability to quickly pivot and boost our military in critical situations like these is only possible thanks to the continued dedication of volunteers and generous donors who fund our nonprofit mission.

U.S. Military Mobilizes for Missions in Afghanistan and Haiti

Thousands of soldiers from Fort Bragg, North Carolina, were sent to Afghanistan as part of the Immediate Response Force (IRF) tasked with helping evacuate U.S. embassy personnel and others from Kabul; the IRF is a rapid reaction force jointly maintained by the U.S. Army and Air Force and is available to deploy at any given moment.

“The 82nd Airborne Division is the nation’s Immediate Response Force, but the USO and its volunteers are the IRF for them,” said USO North Carolina – Fort Bragg’s Center and Operations Manager Brian Knight.

“It’s a privilege to serve these soldiers every day, especially now as they deploy as the IRF.” 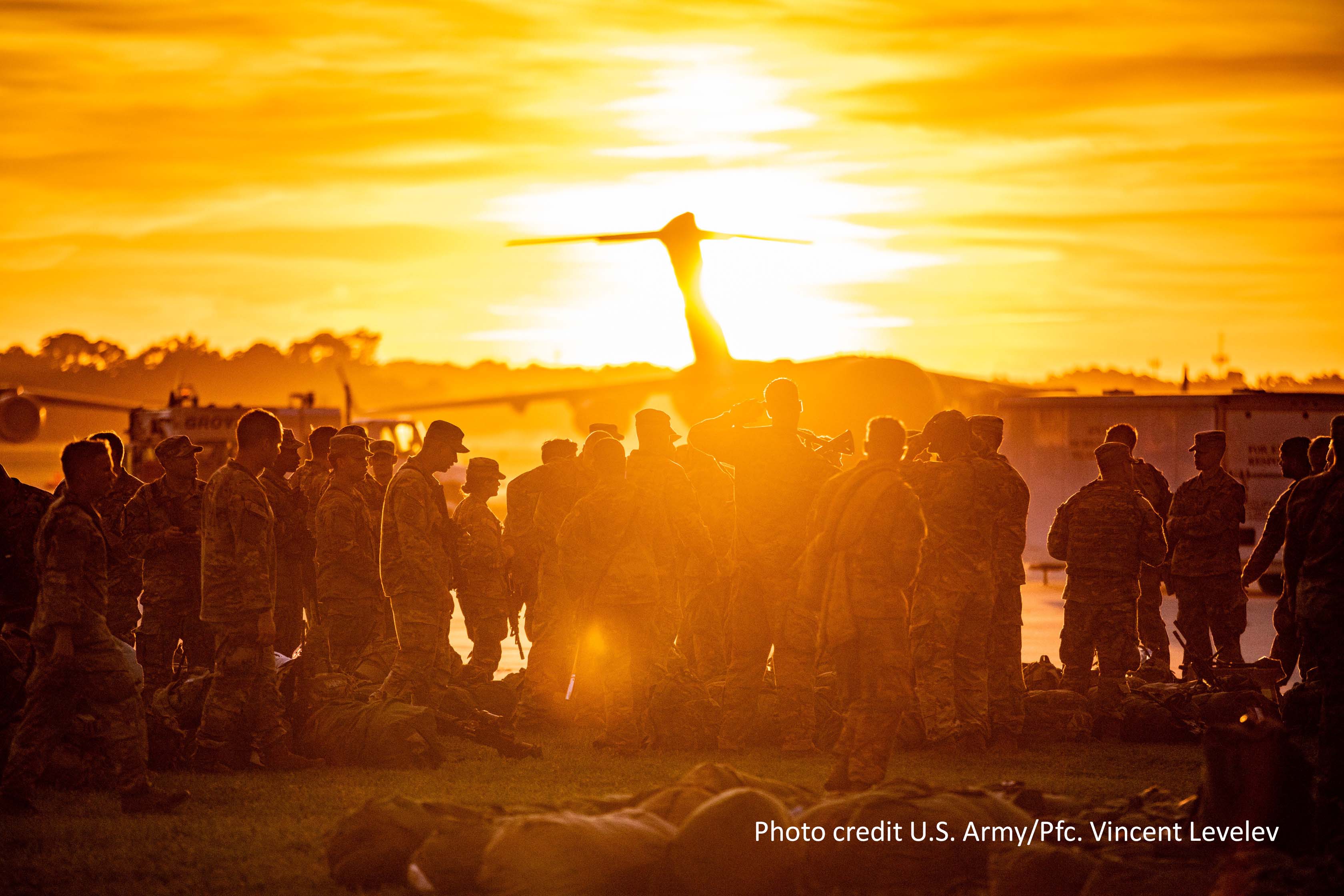 On top of the IRF deployment to Afghanistan, a small contingent of U.S. Marines from North Carolina were called to action in Haiti to assist in humanitarian relief efforts following the deadly 7.2-magnitude earthquake that devastated part of the nation’s southern peninsula. 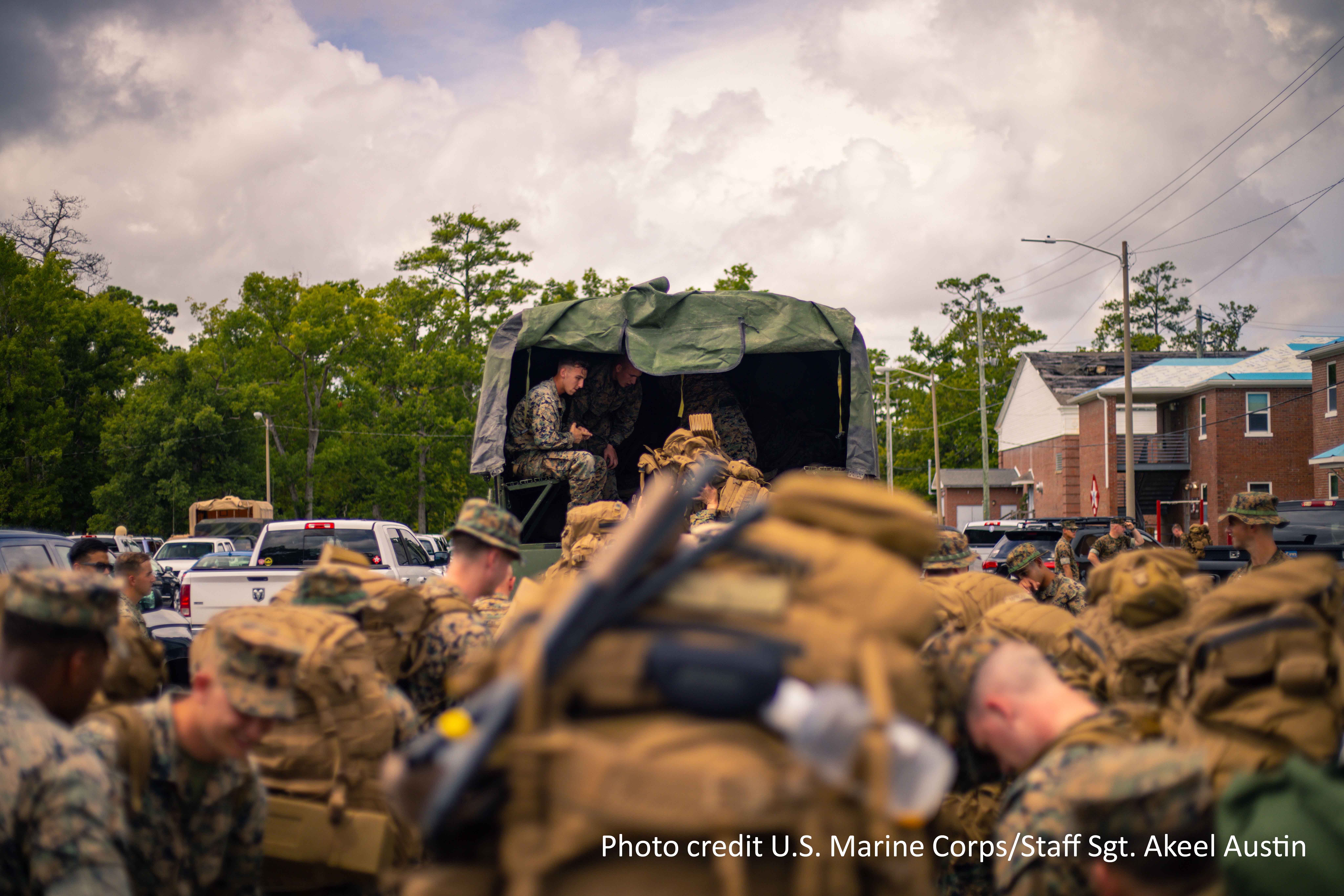 Because of the support of our donors, when our service members were called to duty this past week, the USO was able to be there by their side providing these last tastes of home before they deployed.

Working non-stop over a 48-hour period, USO staff and volunteers from USO South Carolina, USO North Carolina and USO Fort Campbell handed out over 10,000 individually-wrapped snacks and 1,000 hygiene kits – to include food, water and entertainment items – to these deploying service members.

These last touches of home can remind service members that they are supported and cared for as they find themselves moments away from boarding an aircraft and deploying into uncertain circumstances. 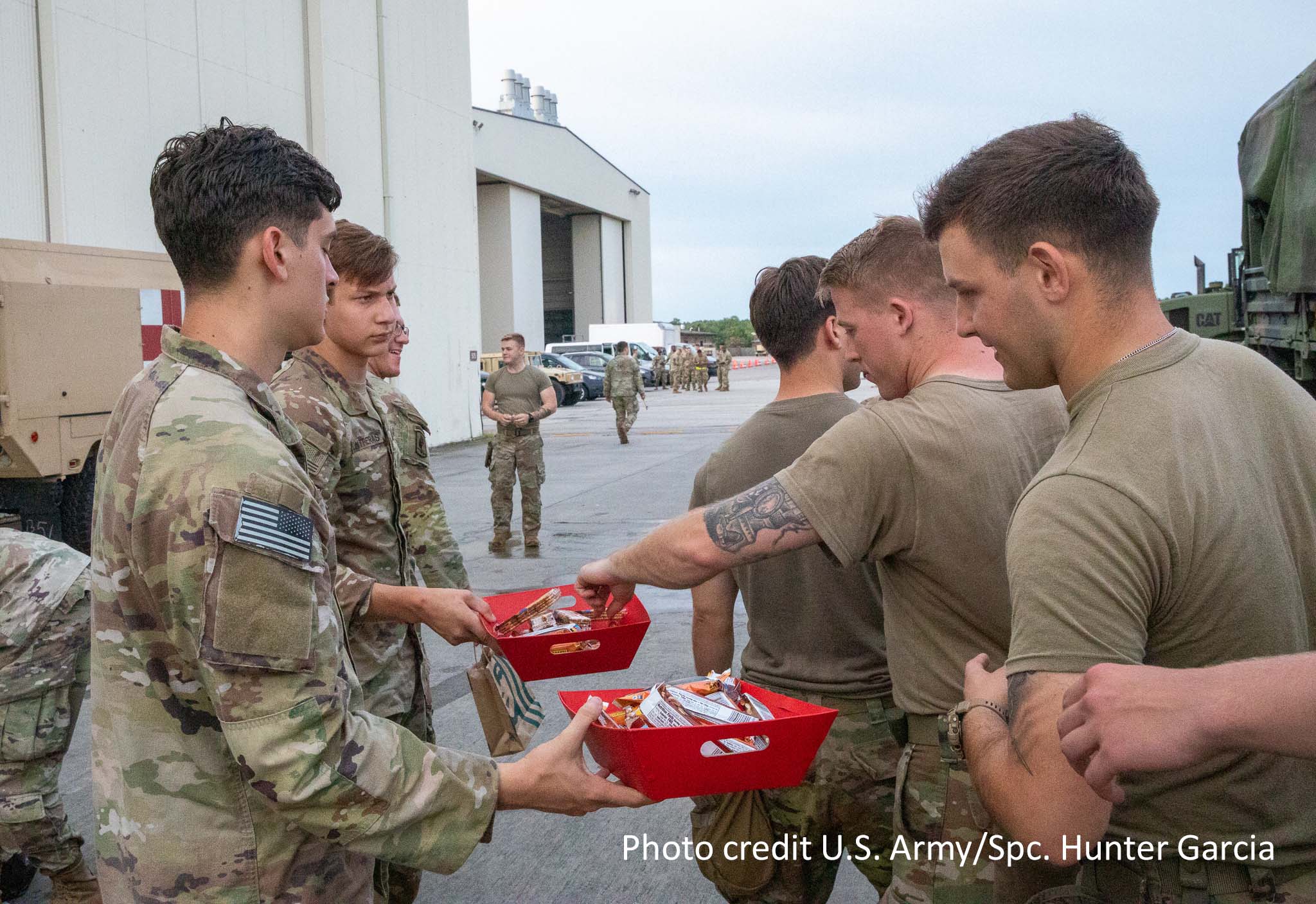 “I don’t know what to say, but thank you,” said a soldier who was headed to Afghanistan with the IRF.”

“Yes, I love the USO,” said another soldier.

The USO will continue to stand beside our service members every step of the way, providing critical supplies our troops need as they are deployed without notice.

“We were honored to be there to support these soldiers as they waited – and in some cases waited and waited – to board aircraft,” said USO South Carolina Senior Operations and Programs Manager Katie Kennedy.

“The stories they shared and seeing their delight in receiving a warm greeting from our team and a pack of goodies made the long and humid days all worth it.” 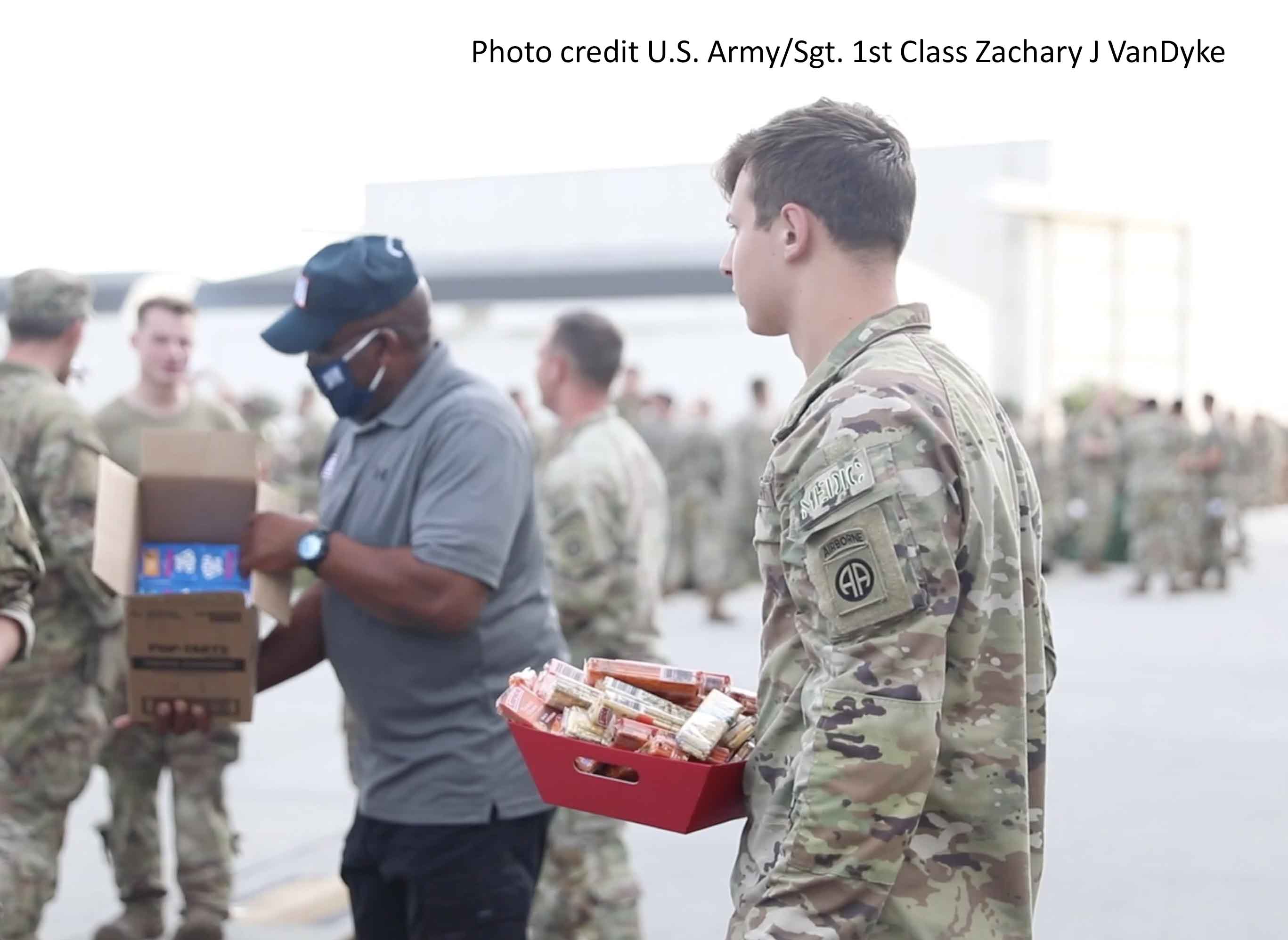 It’s uncertain how this rapidly changing situation will continue to impact our service members and military bases in the coming days, but the USO will be there to support them every step of the way. In times of crisis and uncertainty, our USO locations are a source of comfort and a place where service members can find vital resources and connections to home.

All of this important work is possible thanks to the generous and continued support of dedicated donors – without them, the USO simply wouldn’t be able to provide this rapid support to thousands of deploying troops.

When their mission is complete, the USO will be there too – ready to welcome them home.

Donations to support USO’s operations and programs can be made here uso.org/hope.