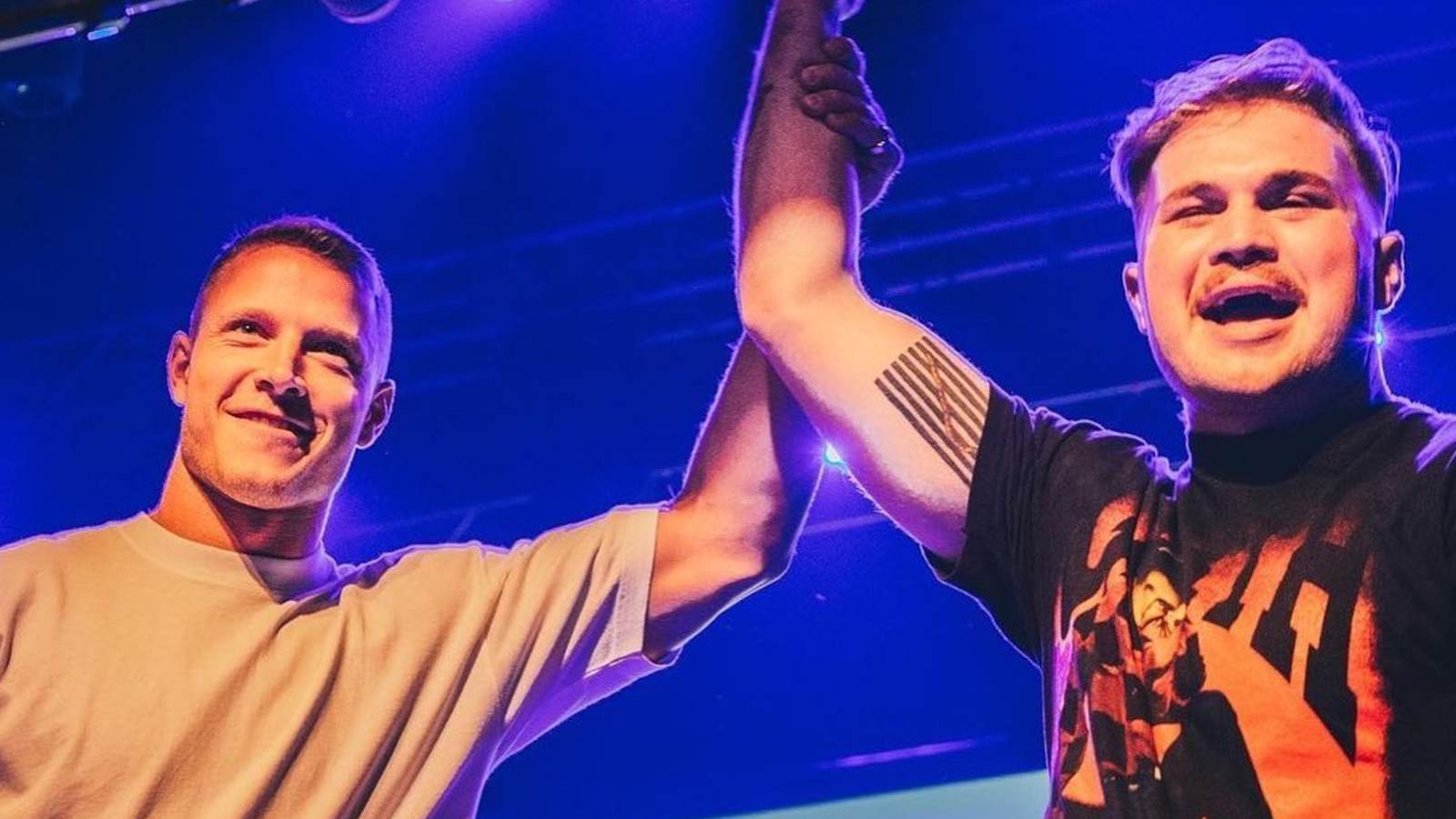 It was a night of music, honor and reflection dedicated to those who have given the nation so much.

The Christian McCaffrey Foundation and Lowe’s Home Improvement, with help from the USO, invited over 80 active duty service members to attend and enjoy the 22 and Troops Benefit Concert on July 2, 2021. The concert was held at the Fillmore Center in Charlotte, N.C. in support of the military community and specifically, those overcoming post-traumatic stress disorder (PTSD).

“Mental health is an unbelievably important topic, especially today,” said Christian McCaffrey, a two-time All-Pro Carolina Panthers star running back in a Charlotte Observer story. “Unfortunately, I’ve been not a part of, but I’ve experienced friends who have lost their lives through mental health issues and who’ve struggled a lot due to mental health.” 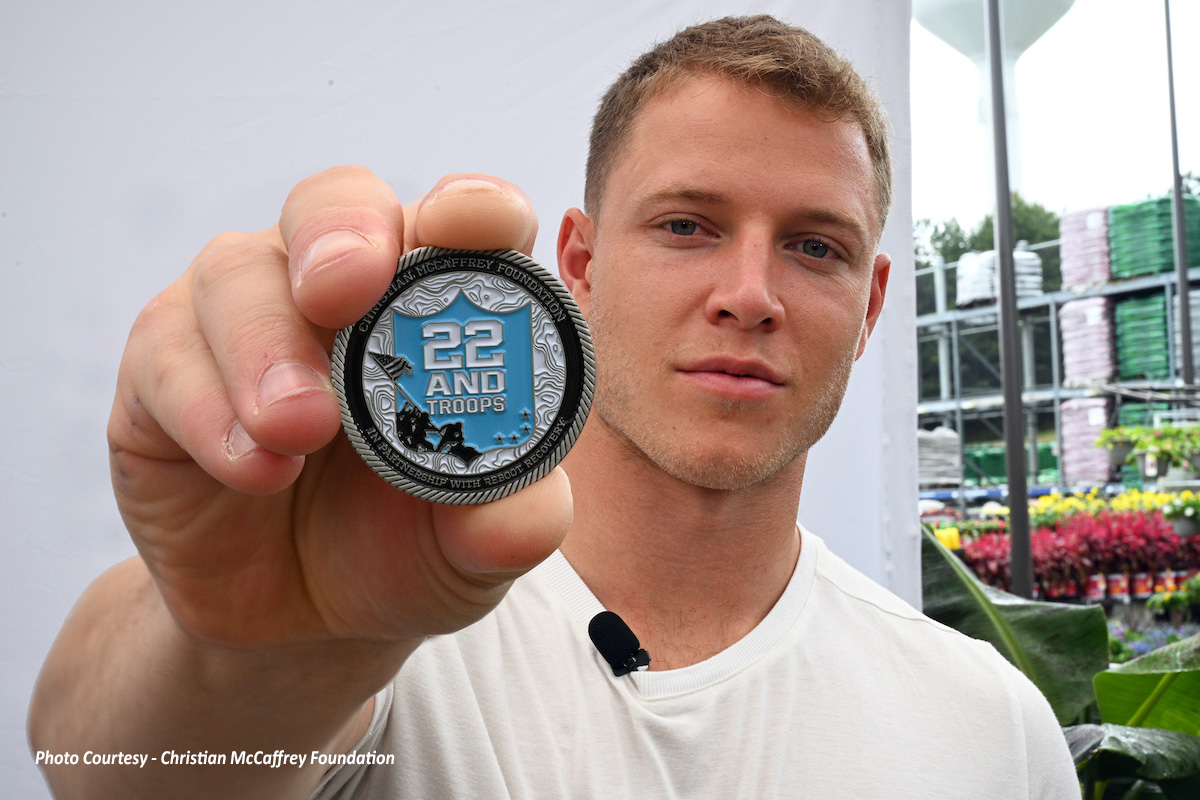 McCaffery, who wears the No. 22 jersey, launched the 22 and Troops initiative through his foundation in May 2021, during military appreciation month. 22 and Troops was launched as result of McCaffrey’s desire to show up in support of those who have made the greatest sacrifices and need our help to address what happens when the uniform comes off, particularly if they struggle from the invisible wounds.

In 2021, research found that 30,177 active duty personnel and veterans who served in the military after 9/11 have died by suicide – compared to the 7,057 service members killed in combat in those same 20 years. Suicide rates among active duty military members are currently at an all-time high since record keeping began after 9/11 and have been increasing over the past five years at an alarmingly steady pace.

According to the World Health Organization having a safe, supportive environment plays a large role in suicide prevention, which is why the USO is committed to stepping up to help with through many of is programs, service and events.

Many of these offerings are designed to bolster the morale and mental health of our nation’s military, which not only impacts operational readiness, but also the personal lives of our service members, making events like the recent 22 and Troops Benefit Concert excellent opportunities to support the wellbeing of the military community.

Through the USO-Lowe’s partnership, service members received complementary tickets to the concert. During the show, McCaffrey played piano, and teamed up with country musician and active duty service member Zach Bryan, to raise money for the 22 and Troops Foundation, which assists veterans and active-duty military members to cope with PTSD and trauma, and hopes to prevent suicides. 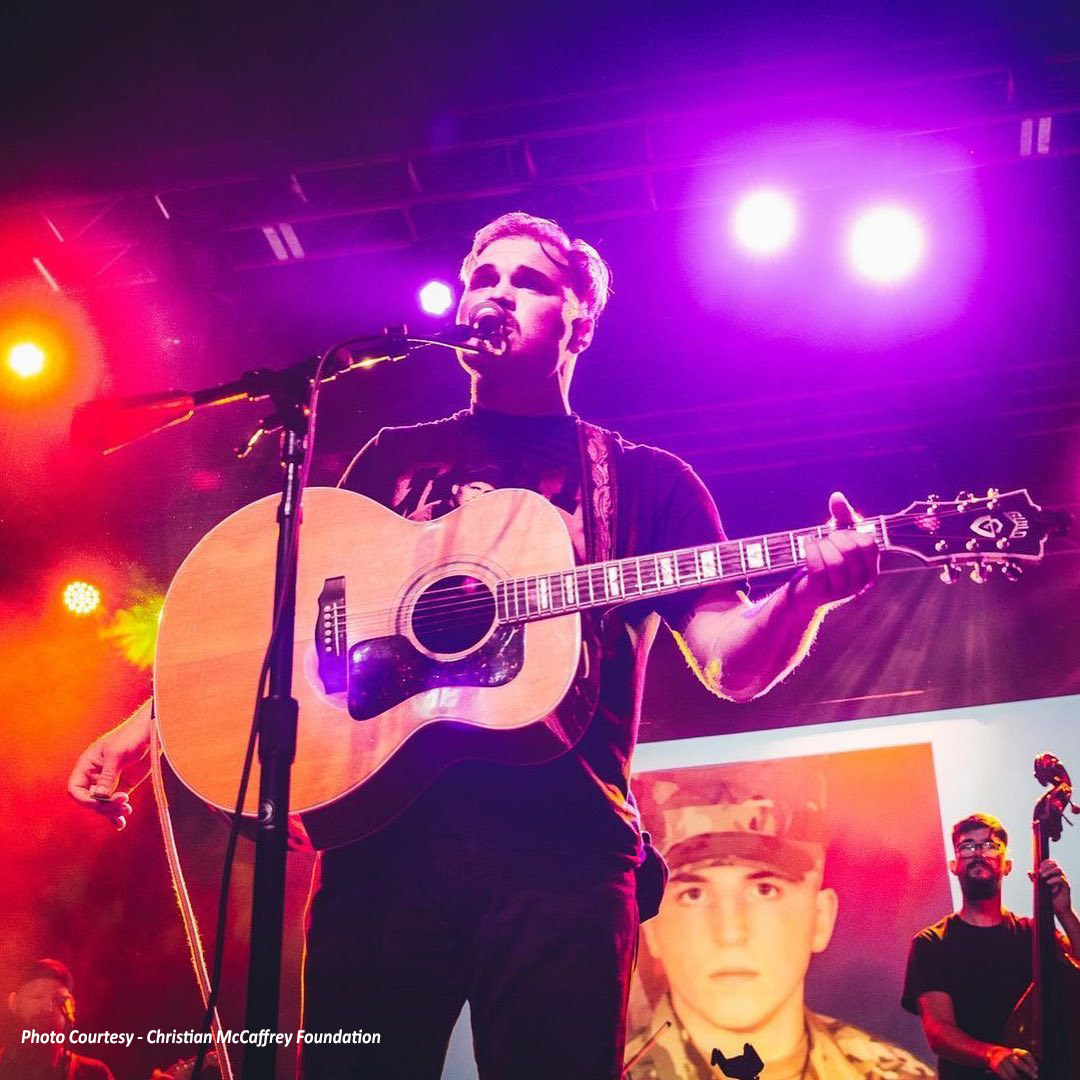 “The 22 and Troops Concert was epic,” Sgt. First Class Daniel Bolin said. “It was very emotional as well seeing some of my friends on the screen behind the stage who lost their battle to suicide. It was [an] amazing tribute recognizing all the men and women who served honorably and gave their all.”

According to a 2018 study, “social connections can act as a buffer against the impact of stressful or negative life experiences on mental health.” The International Association for Suicide Prevention and the World Health Organization (WHO) also cites social connection as a crucial method in preventing suicide.

This is exactly why connection is at the heart of everything the USO does for active duty military members and their families, making the partnerships the USO shares with organizations like Lowe’s and the Christian McCaffery Foundation essential to the USO’s mission.

“Lowe’s is a key partner in the Force Behind the Forces©. This concert shows how entertainment can strengthen our service members through creating shared memories and experiences. We’re grateful for the many ways that Lowe’s honor our military every day,” Chris Fowler, USO Senior Director of Corporate Alliances, said.

Suicide among active-duty service members is a problem. It is an issue that cannot be easily fixed, but it is one that should be addressed. Thanks to our donors, the USO can continue to always be at the side of our service members, supporting them in any way necessary.