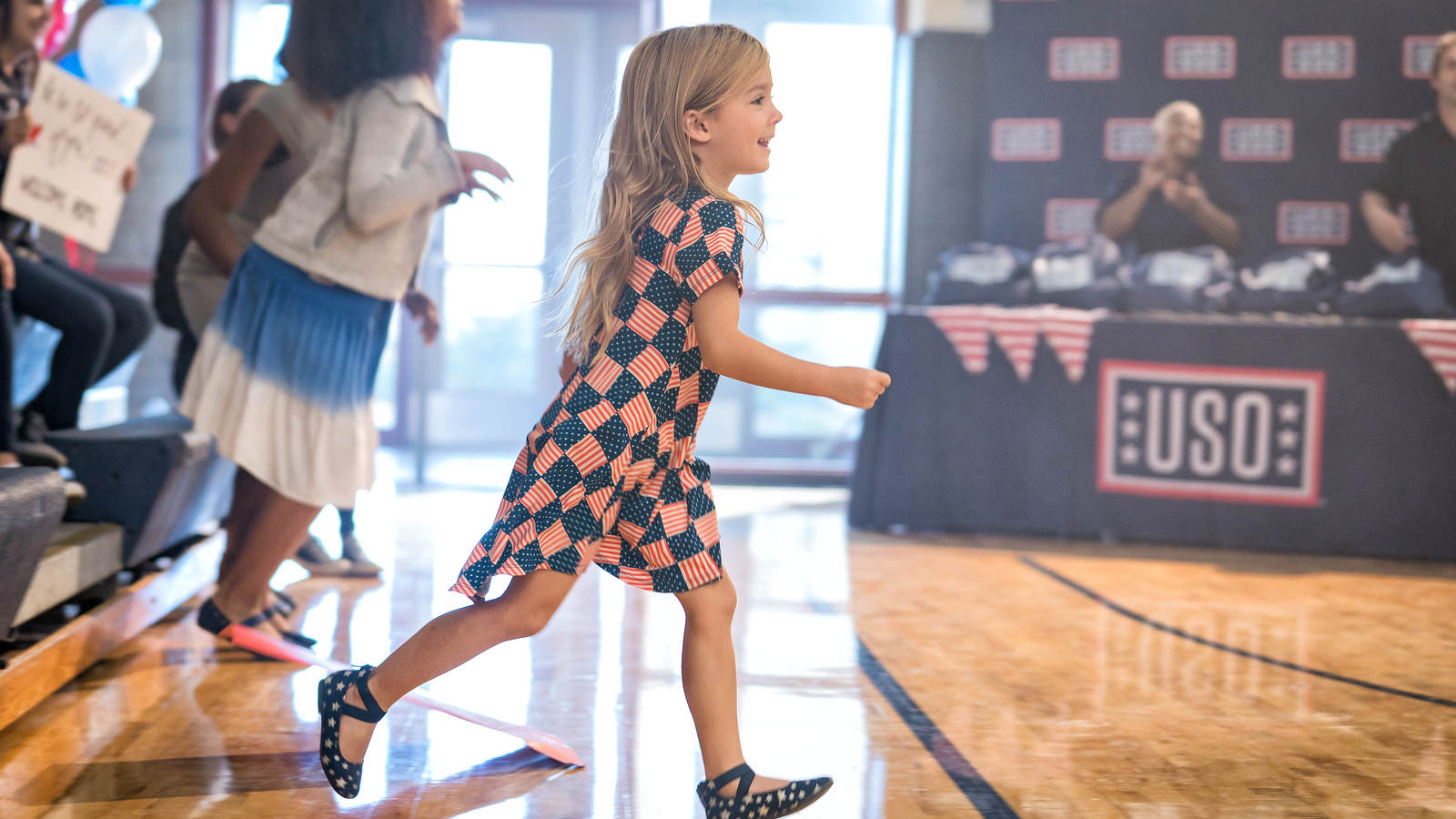 Every year in April, during the Month of the Military Child, the nation comes together to pay tribute to military children who live each day supporting their parents who answered the call to defend our county.

Over the past two decades, the U.S. Armed Forces has experienced a continuous rotation of combat deployments, where both service members and their children spent countless holidays and milestones apart from one another, with only a quick phone call or video chat to reconnect and share a brief moment together.

Children of service members endure frequent moves, and long separations from their parents and shoulder the burdens of military service. On average, military children will attend up to nine different schools before they graduate high school because of frequent relocations.

Understanding the frustrations and loneliness service members and their families endure due to the military lifestyle, the USO is hosting the inaugural Purple Kids Telethon and Auction to raise awareness and donations for USO programming for military children, who are often referred to as ‘Purple Kids’. The term ‘Purple Kids’ was chosen because it symbolizes all branches of the military, a combination of Army Green, Air Force Blue, Coast Guard Blue, Marine Red and Navy Blue.

The virtual telethon will be co-hosted by USO North Carolina and USO Hampton Roads and Central Virginia, April 17, 2021 from 9 a.m. until 5 p.m. EST. The event will be streamed live on Facebook, YouTube, and USOtelethon.com, and will feature local entertainers and speakers, including country music star Craig Morgan.

“We are excited that this modern fundraising platform will allow the USO to bring together so many of our area’s greatest talents,” said Kelli Willoughby, Executive Director, USO North Carolina. “Our men and women serving overseas give so much, and we cannot forget that they have families and children here at home who are also sacrificing. This telethon will help fund critical programs that serve military children while their parents are deployed or away from home conducting training.”

Donations from the telethon will go toward USO Family Programs. These programs are not only for entertainment purposes but are also designed to inspire innovation, creativity, and resilience. USO programs introduce innovative ways for military families to bond with one another and other military families within their communities.

According to the Department of Defense, there are more than 1.6 million military children who face many challenges and unique experiences as a result of their parents’ service. USO programs provide military children and families the tools they need to cope with the unique challenges they face as a family serving our country.