Ahead of the Inauguration, National Guard Troops in D.C. Can Lean on USO 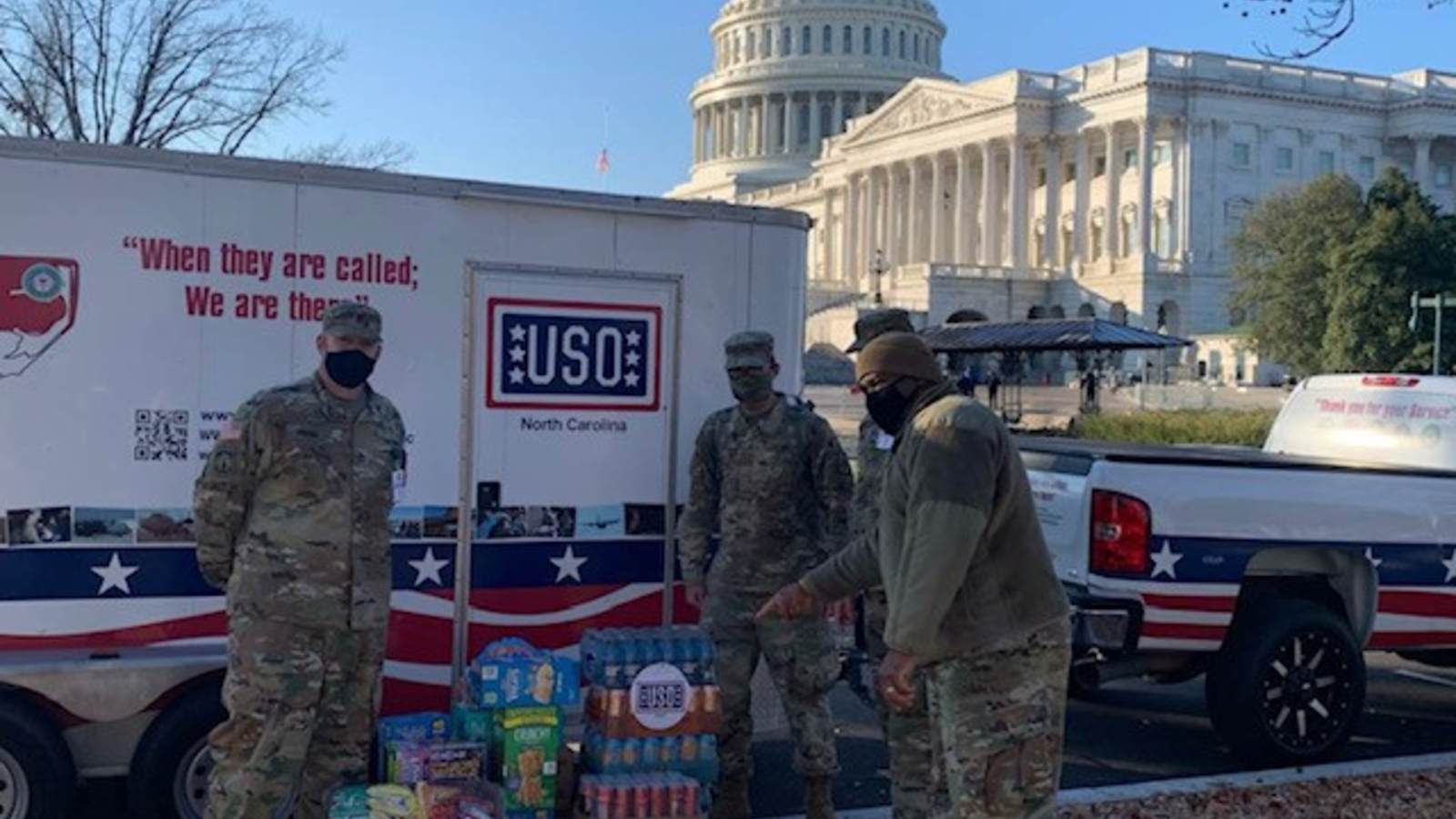 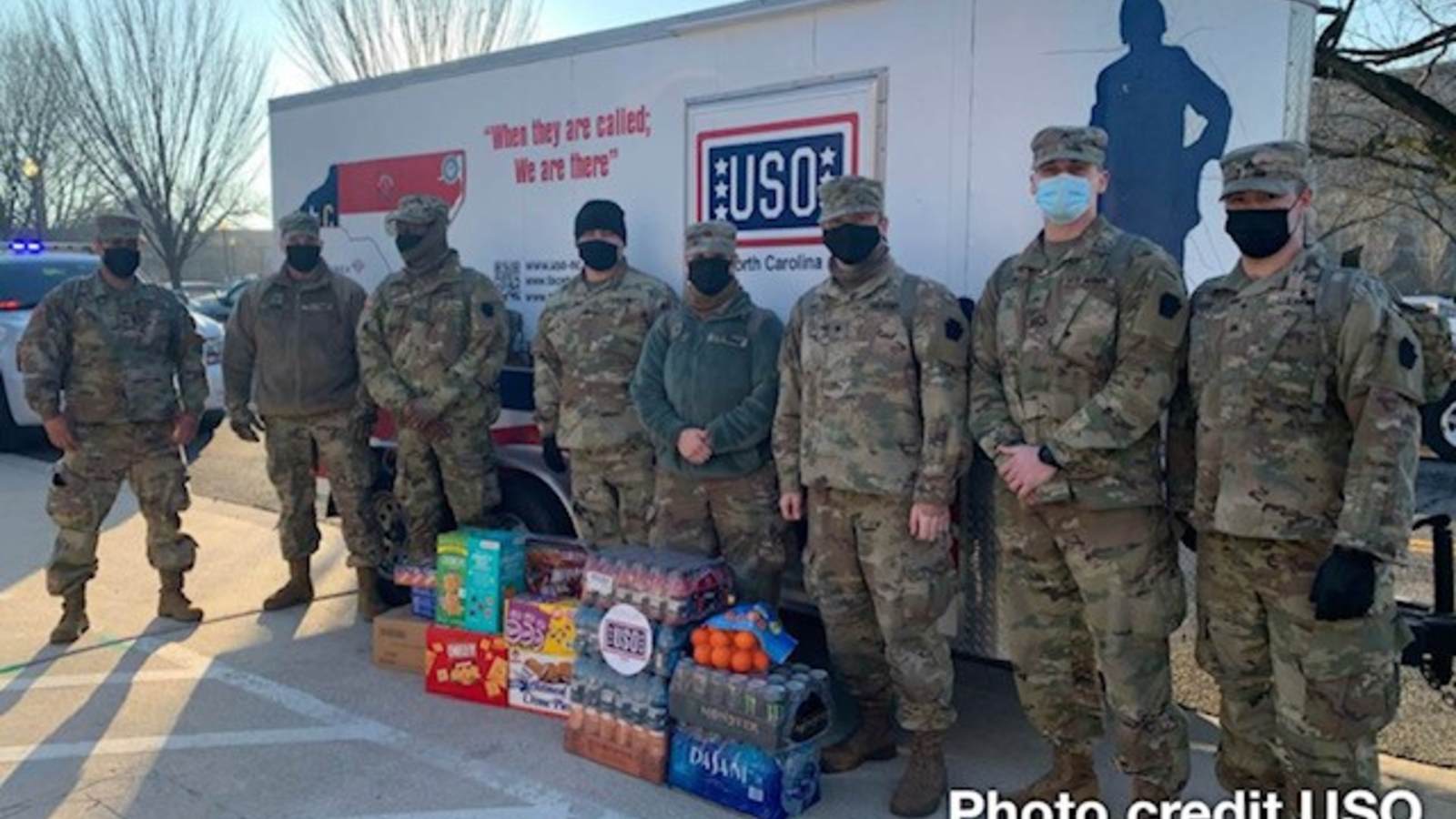 Service members pose for a photo after receiving refreshments from the USO of NC Mobile. 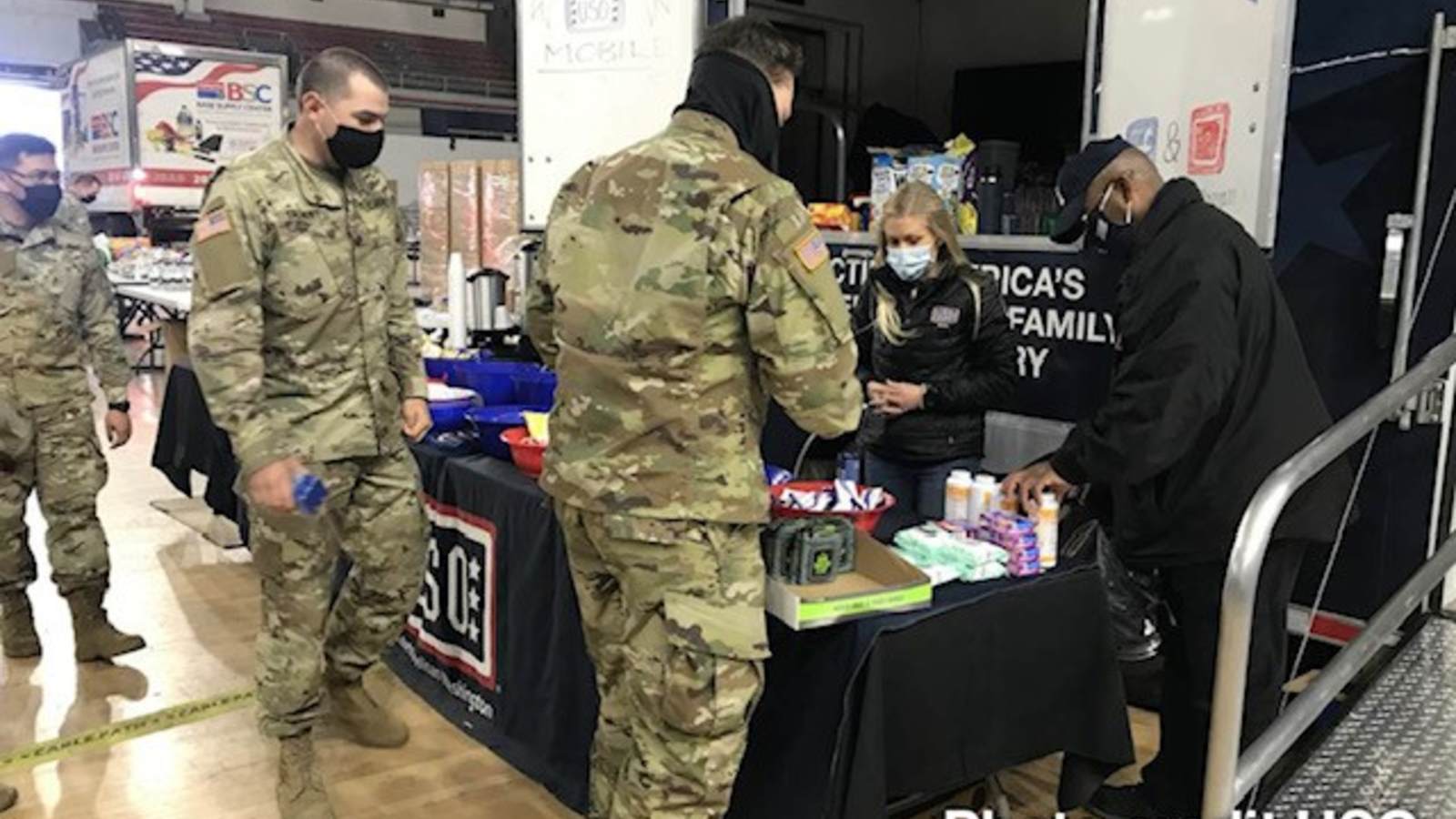 Service members stop by a Mobile USO unit at a military staging location in Washington, D.C. 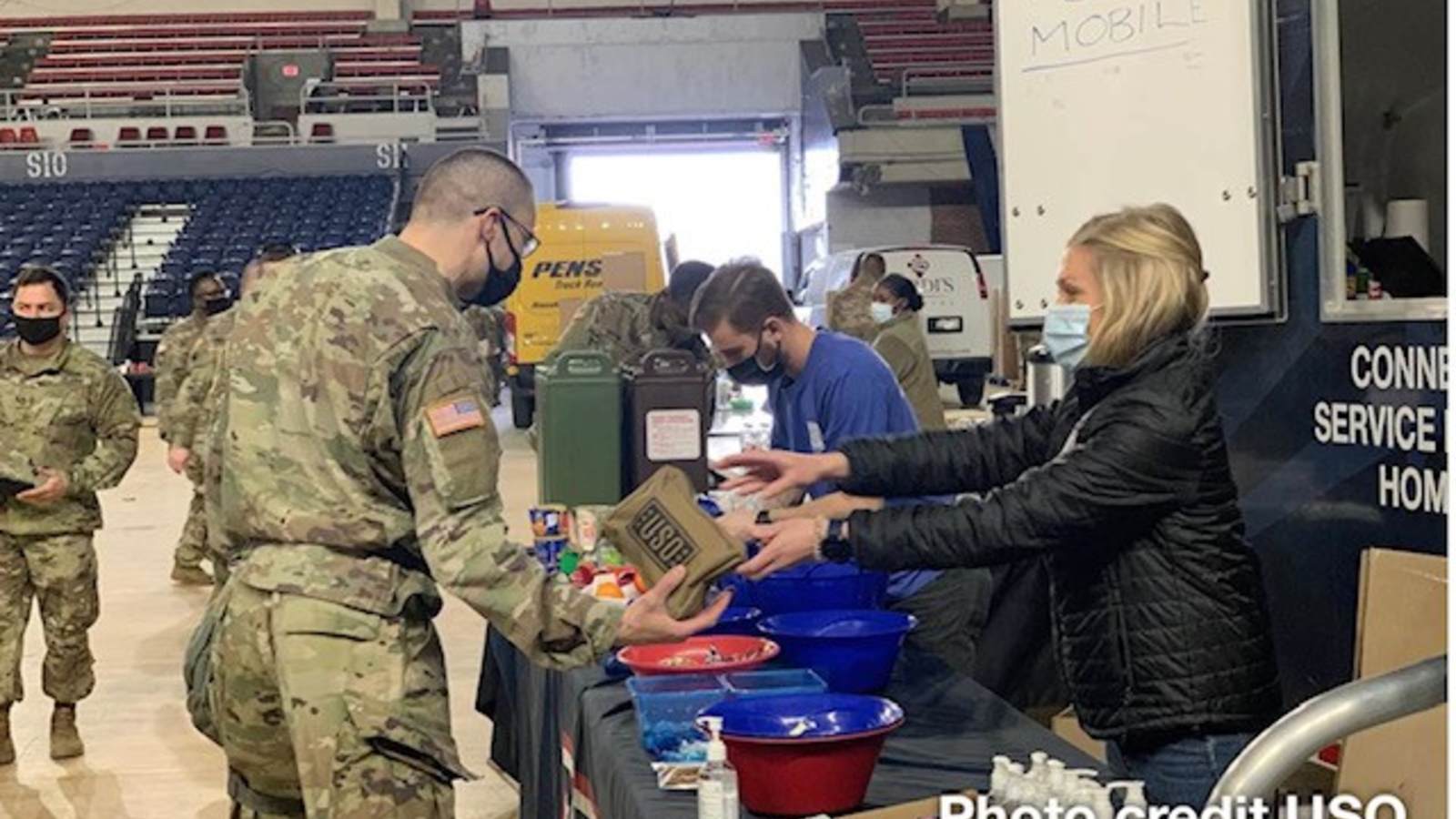 A service member picks up a USO Care Package.

Thousands of members of the National Guard have been deployed to Washington, D.C., to assist the federal and local authorities tasked with planning and coordinating the 59th presidential inauguration on Jan. 20. The Secret Service, Capitol Police and U.S. Park Police requested the National Guard’s assistance.

As of Jan. 14, there were roughly 7,000 National Guard members in D.C. from 14 states and the District of Columbia.

As members of the National Guard answer the call of duty in our nation’s capital in the coming days, the USO is there to strengthen and support them as they accomplish their mission.

The USO Supports the National Guard Members in D.C.

Supporting service members whenever and wherever they need it most is what the USO does best, and the activation of the National Guard ahead of the inauguration is no exception.

Late last week, after receiving a request for support from the National Guard, the USO quickly stocked, staffed and deployed several of its Mobile USO vehicles to Washington, D.C., to provide classic USO services such as snacks and drinks to refuel with, free Wi-Fi to check in with loved ones and a relaxing place to recharge at military staging locations in the region. Many times, during rapid deployment situations like this, service members have very little time to plan or pack, making the sight of a Mobile USO unit or a smiling USO staffer handing out snacks or personal care items a particularly welcome sight.

As of Jan. 14, the USO had three Mobile Units on the ground in the D.C. area. Acting as “USO centers on wheels,” Mobile USOs can travel to wherever service members are located, bringing a touch of home and a sense of normalcy to them, no matter their location.

Handing out Care Packages and Touch of Home

In addition to the support offered by Mobile USO units, USO staff members on the ground have been handing out refreshments and supplies, like USO Care Packages, to service members working in the area.

No matter where their mission takes them, the USO is always ready to jump in and serve our members of the military.

This article was originally published on USO.org, and republished onnorthcarolina.uso.org