Soldier of The Year Award 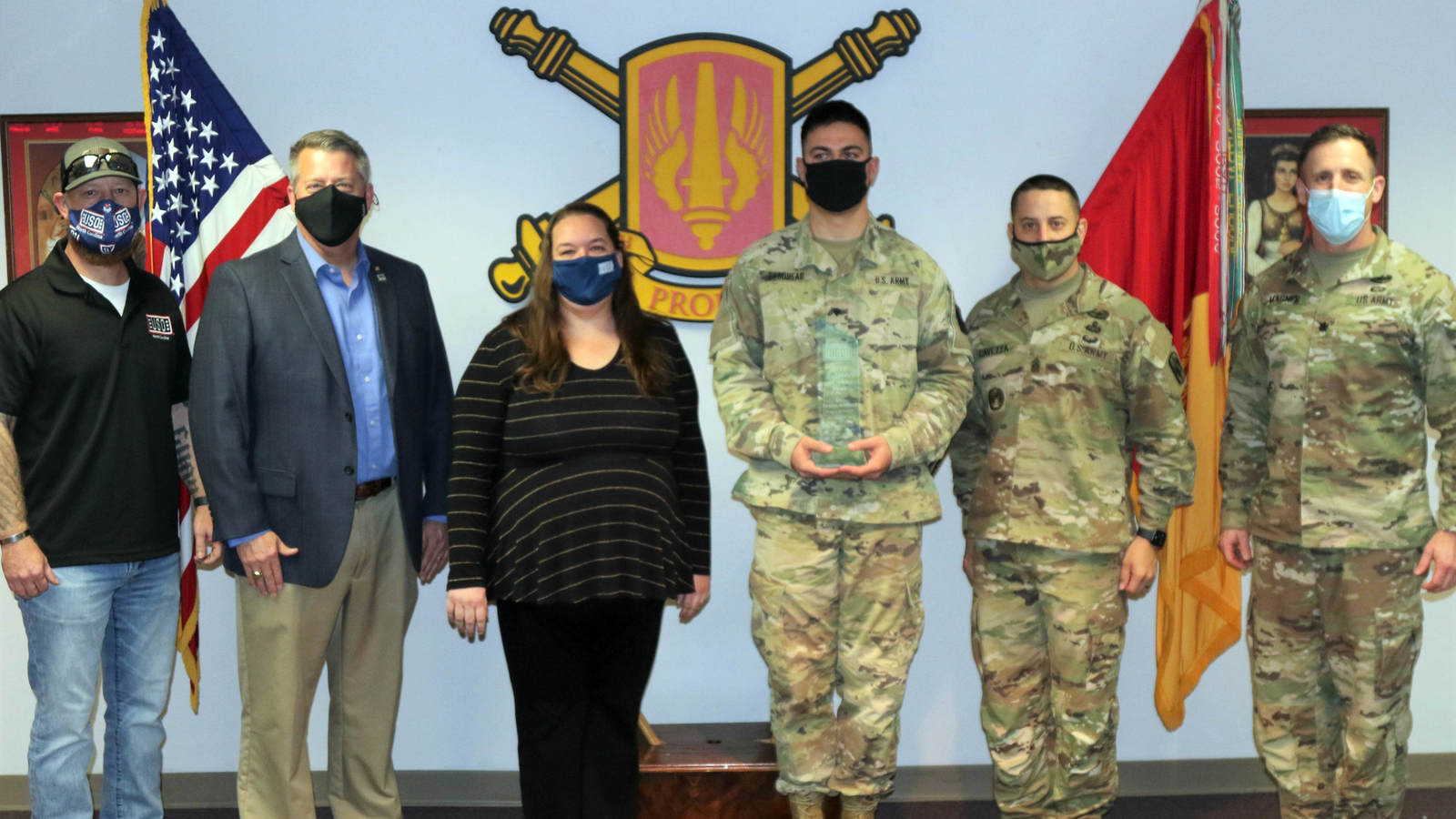 SPC Brodhead has earned the USO of North Carolina’s Service Member of The Year Award for displaying bravery and heroism while responding to life or death situation in the North Carolina Community.

On the morning of June 26th, 2020, SPC Brodhead was on his daily commute to work when he spotted a car accident. He saw a vehicle that had was rolled over with no emergency aid on scene. SPC Brodhead pulled off to the side of the road to investigate and make sure no one was hurt.

When SPC Brodhead approached the vehicle, he noticed the man who had been driving was still stuck inside. As the car lay turned over on the pavement, the gentleman inside rested pinched between the door and seat, while also tangled around the neck by his seatbelt, making it difficult to breath.

After seeing the man SPC Brodhead diligently worked to free the man and was able to dislodge the seatbelt from around his neck while then removing him safely from the overturned vehicle. The injured civilian had several open wounds on his face that required immediate treatment. Through quick action thinking Brodhead grabbed the First Aid Kit he had stored in his vehicle and began to clean and cover the wounds for the gentleman.

SPC Brodhead then waited with the man as he regained full consciousness until the paramedics arrived on scene. When the first responders arrived SPC Brodhead briefed them on what he saw, the situation, and actions that he had taken.

Once SPC Brodhead was sure the man would be taken care of he proceeded on his way to work. SPC Broadhead’s actions undoubtably portray the utmost selfless service and heroism while saving a life of a man in need.

We are honored to present Specialist (SPC) Brodhead with the USO of North Carolina’s Soldier of the Year Award, for your bravery, professionalism, and willingness to go above and beyond the call of duty.