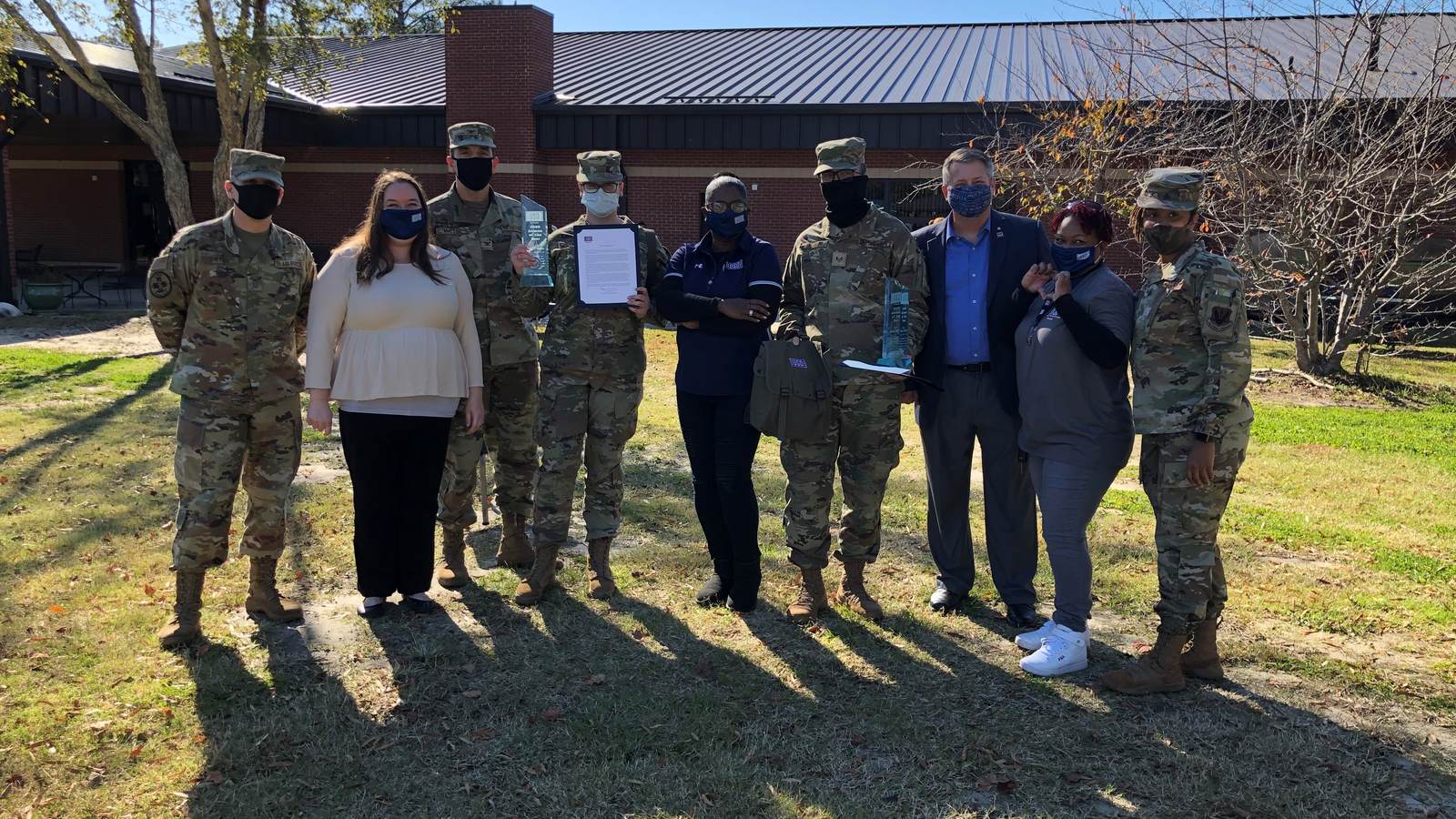 Airman First Class Alysa Yates demonstrates a constant commitment to service in uniform and out. Through professionalism and quick actions, Airman First Class Yates has made a positive impact on the community in North Carolina.

During a recent thunderstorm Senior Airman Smith and Airman First Class Alysa Yates were on their way to Raleigh, North Carolina when they noticed smoke coming from a nearby ditch on Edgewood Road in Pikeville, NC. Airman Yates quickly pulled the vehicle over to the side of the road and Senior Airman Smith immediately sprang into action to investigate. In the 8-9-foot ditch was a 67-year-old man laying head down who was trapped under a zero-turn lawnmower that was actively spilling gas onto his face and pooling the ground.

Senior Airman Smith and Airman First Class Yates assisted in moving the man onto a backboard by sliding it underneath with extreme caution due to the angle of the ditch and the severity of pain he was experiencing trying to move his body. Both Airman and three firefighters extracted the injured man and transferred care to the on-scene EMS unit for further evaluation and transport. The actions of Airman First Class Alysa Yates were instrumental in saving the gentleman’s life and preventing further injury. These traits epitomize the core values of the United States Air Force: Integrity First, Service Before Self, and Excellence in All We Do.

The USO of North Carolina is honored to present you with The United States Air Force Service Member of the Year Award for your bravery, professionalism, and willingness to go above and beyond the call of duty.