How to Send Care Packages to Troops with the USO 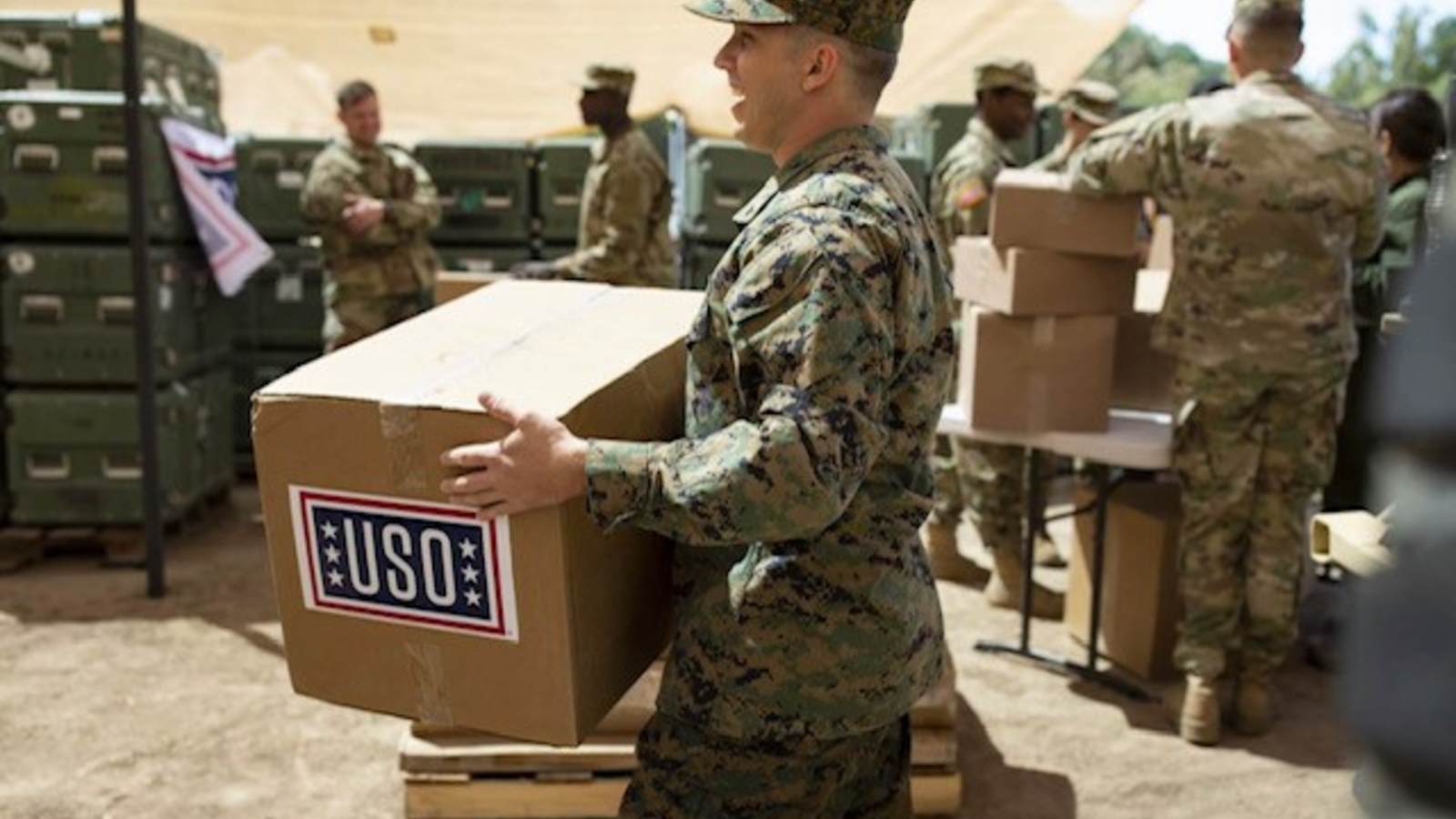 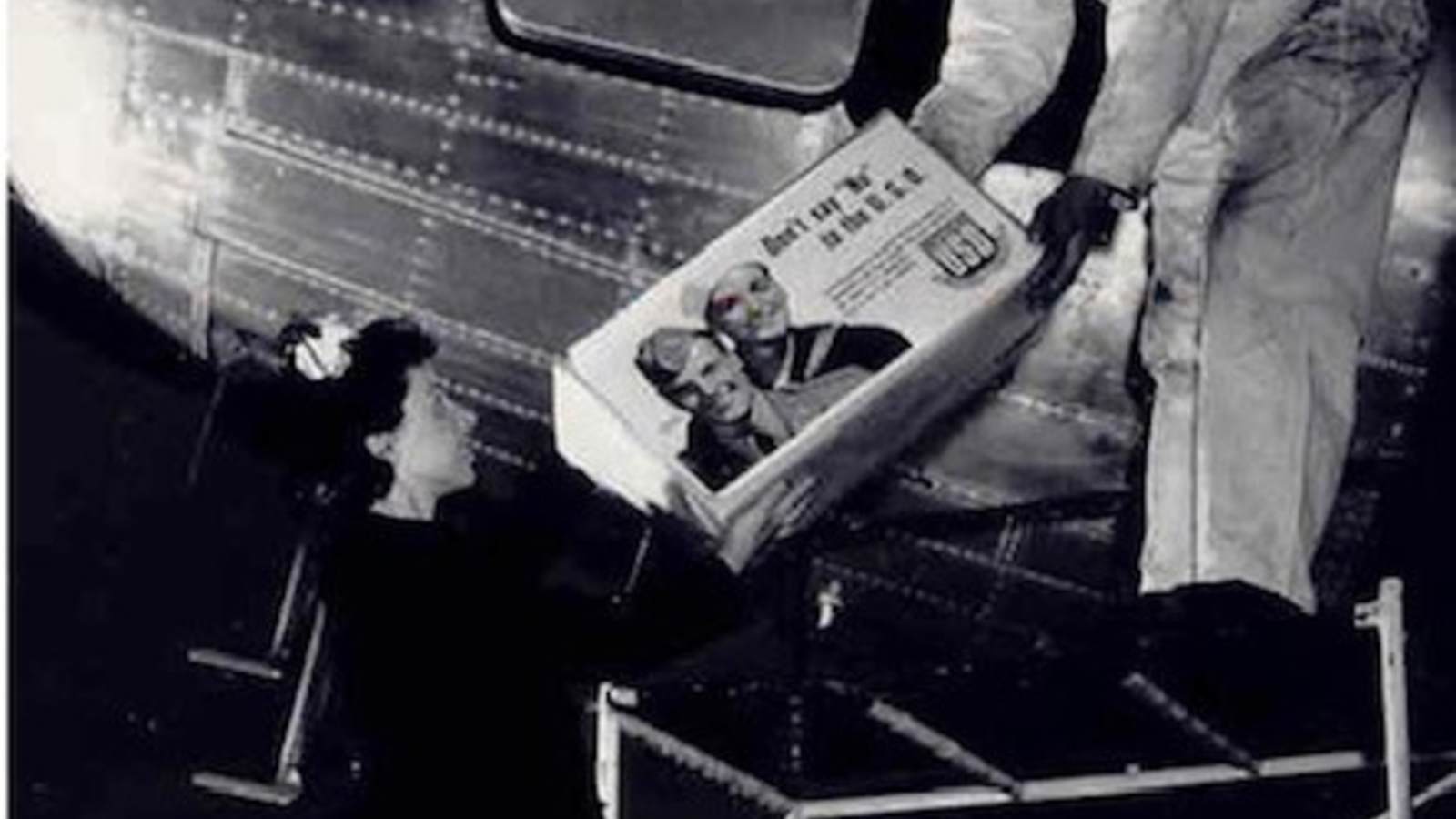 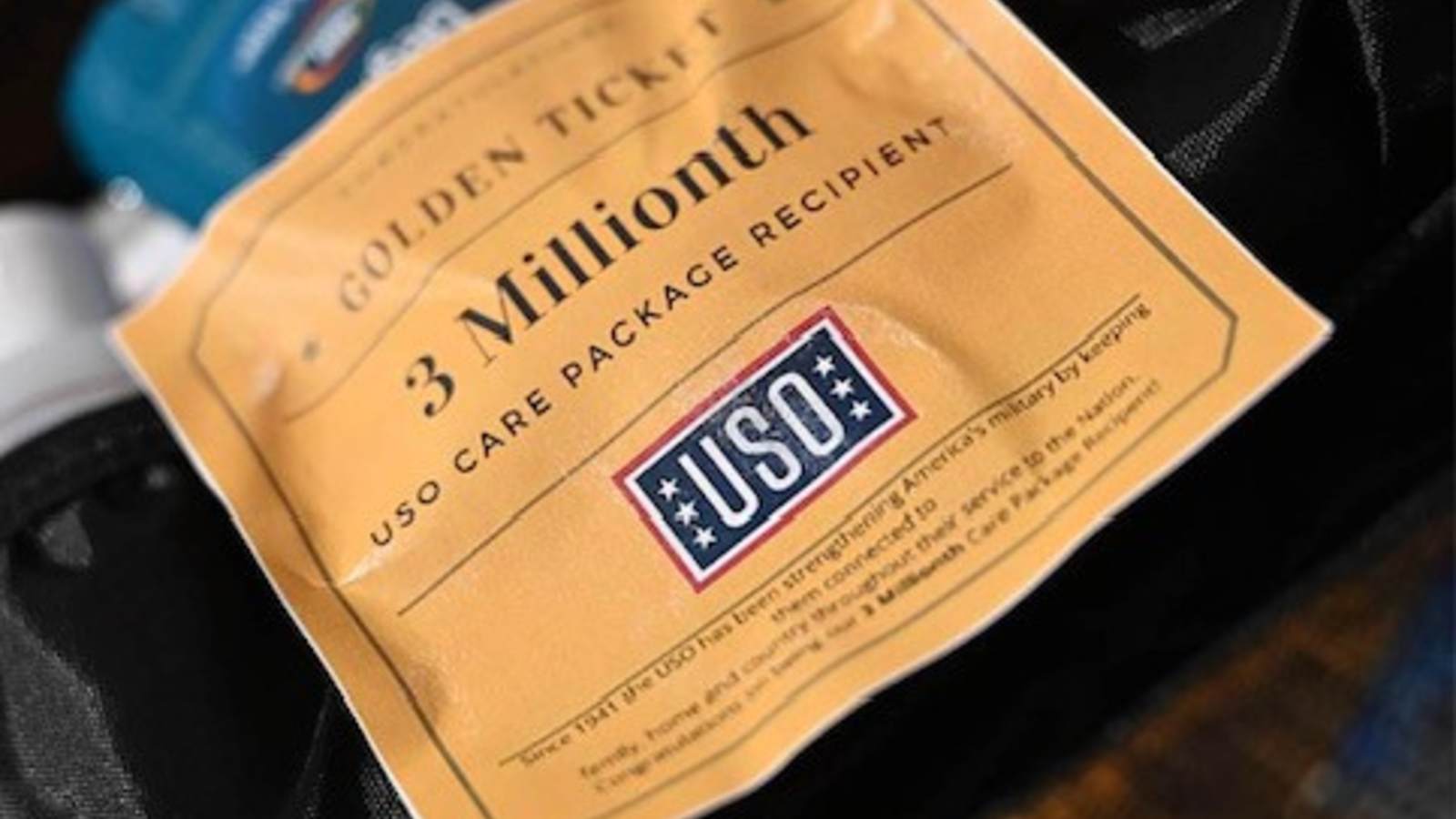 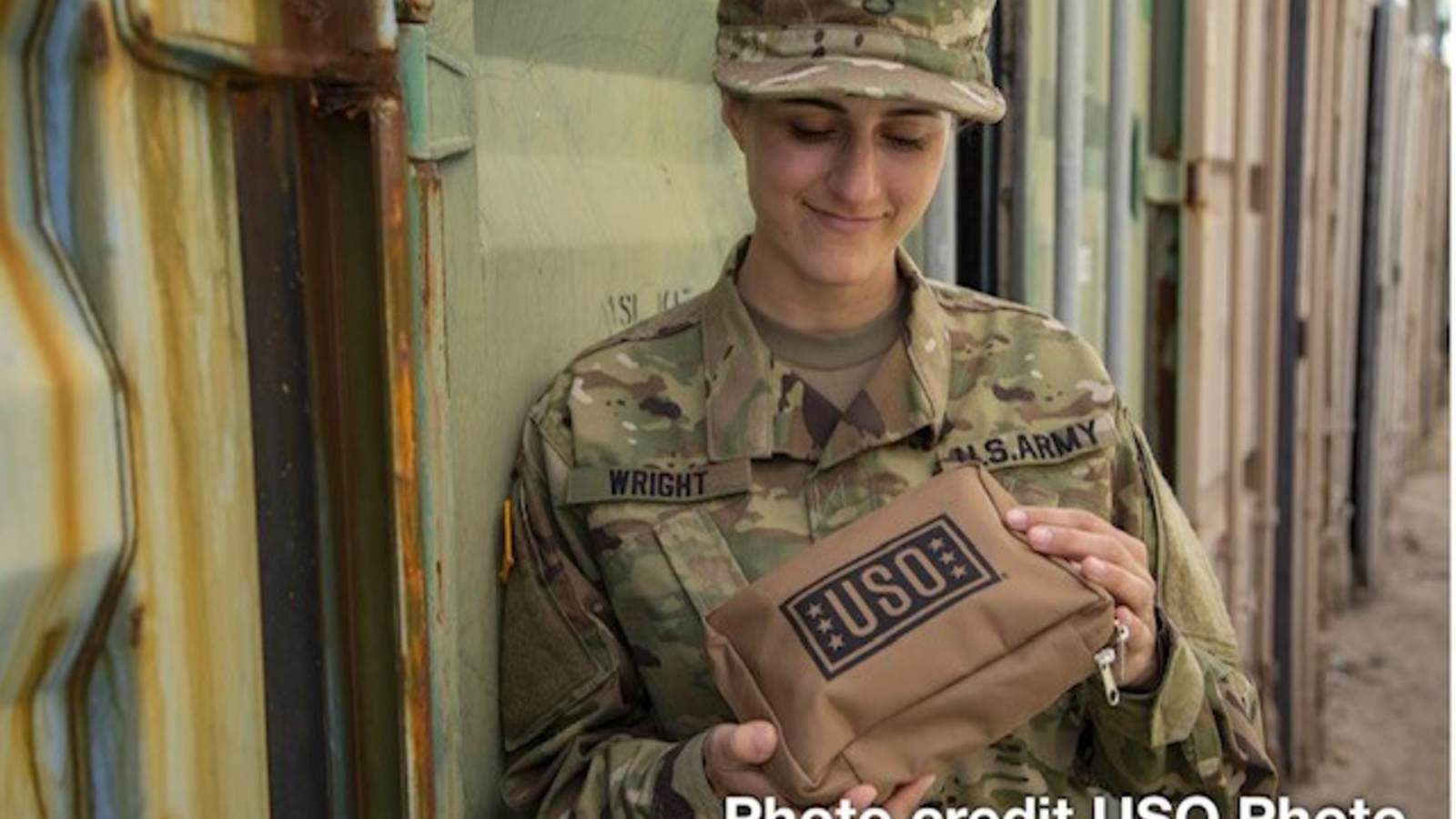 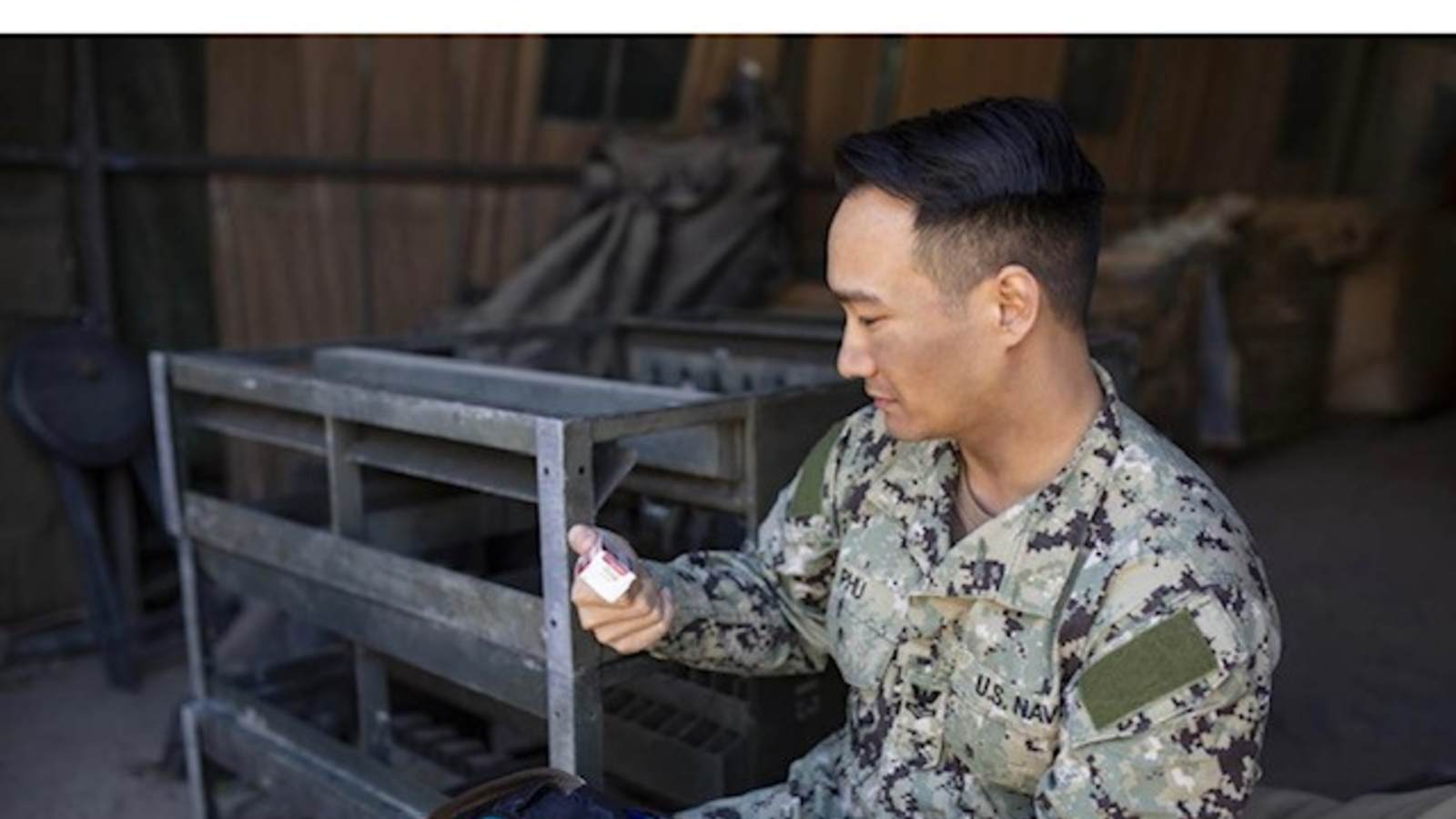 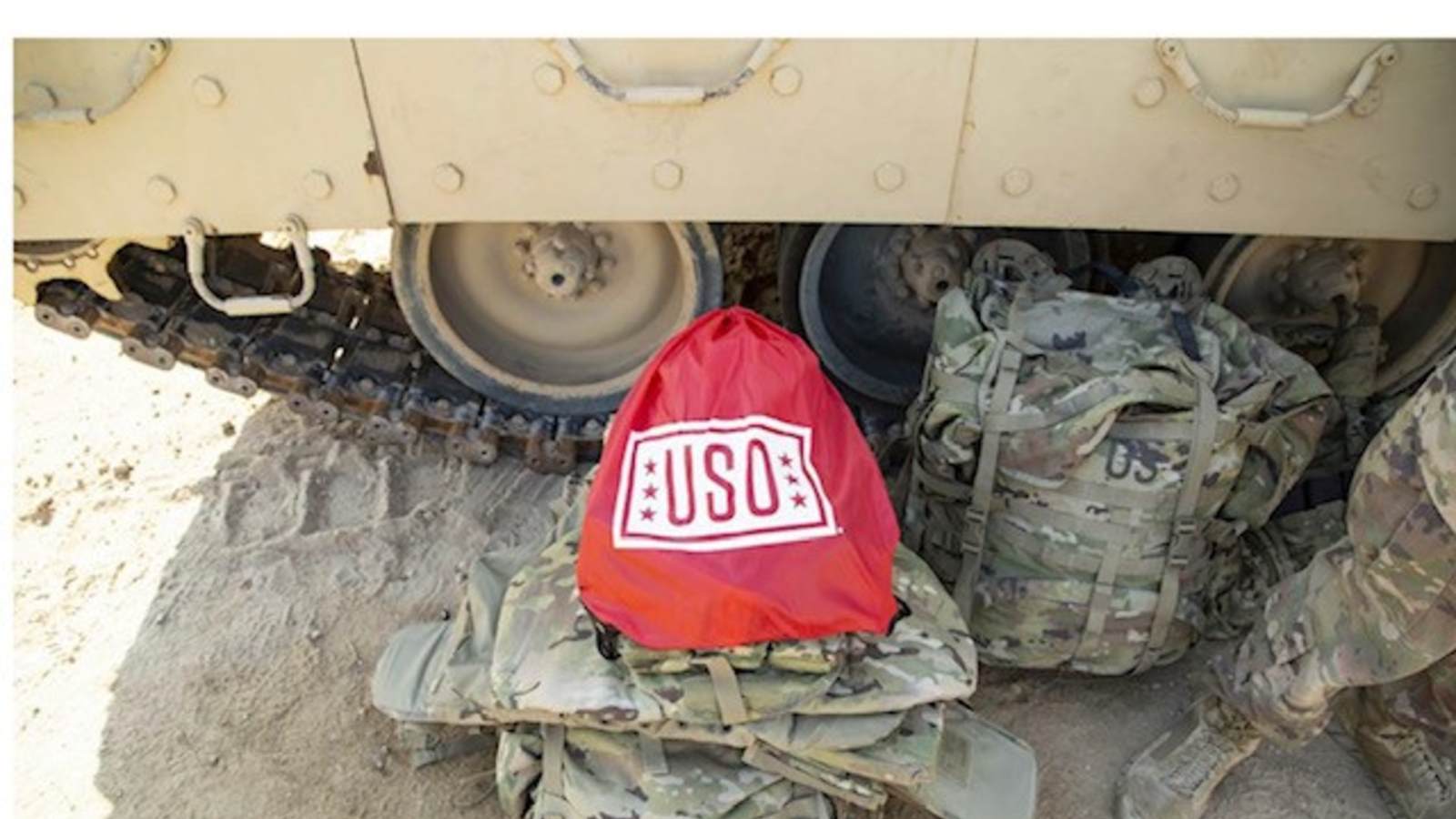 For the sailor who has been on deployment out to sea for nine months, sometimes the smallest reminder of home can make all the difference. For the service members who have been called to duty in the midst of a global pandemic, a simple moment of respite can bolster their spirits. And for the soldier serving on the front lines during the holiday season, this show of gratitude can lessen the sting of being far from loved ones this time of year.

Sending care packages to troops is a tangible way to let service members know that their friends, family, and the American people are thinking of them, even from thousands of miles away. However, the process of actually sending care packages to deployed service members can be a complicated one, which is why the USO has created the USO Care Package program to make it easy.

Here’s how to send care packages to troops with the USO, and just what a USO Care Package delivers to our nation’s service members.

The USO has a long history of delivering care packages to troops. When the USO was founded in 1941 in response to the United States’ entry into World War II, the USO immediately jumped into action to support American troops. Although the organization quickly became known for its USO Camp Shows, which brought the likes of Bob Hope and Judy Garland to the front lines to entertain service members, the USO was also packing, preparing, and sending care packages to troops deployed overseas throughout the war.

This tradition has carried on through the decades. As service members have selflessly placed themselves in harm’s way – from the jungles of Vietnam to the deserts of Iraq – the USO has been by their side to deliver a little piece of home through its care packages. More than 170,000 USO Care Packages were delivered in the year 2019 alone.

How to Send Care Packages to Troops with the USO

There are multiple ways to send a care package to troops overseas. USO Care Packages are sent to troops year-round, so one option to ensure that service members can receive long-distance support is to simply make a monetary donation to the USO.

Another way to send a care package to the military is through USO Wishbook, in which you can select a symbolic gift from a catalog to be sent to service members to help lessen the separation felt by troops and their families as they work to protect our freedoms. By donating through USO Wishbook, you’ll be symbolically donating a care package to a service member in need of just a little comfort.

Sending care packages to troops through the USO not only provides service members with a touch of home, it also connects everyday Americans with our men and women in uniform by providing a physical way to give back to our nation’s military.

What Is in a USO Care Package?

There are several different types of USO Care Packages, but the most common are the Snack Pack, the Toiletry Pack and the USO Holidays Care Package.

The Snack Packs and Toiletry Packs are ‘desert tan’ in color and constructed with a durable nylon material that has a M.O.L.L.E. system on the back of the pouch, so that service members can easily attach the care package on most military-issued gear.

The USO Snack Pack care package includes a mixture of non-perishable treats and drink mixes. Many of these snacks are difficult or impossible to obtain while serving on the front lines, so receiving a USO Care Package is a welcome surprise and connection to home for many service members.

The USO Toiletry Pack care package contains a wide range of travel-sized hygiene products that can come in handy if a service member is running low on supplies, or especially if they’re working long hours out in the field.

Around the holidays, USO Care Packages – and their contents – become especially important. For those service members who are deployed overseas, this time is often a difficult one. Deployed troops are far from their friends, families and loved ones who they would otherwise be spending this season with, celebrating. So, to brighten their spirits and keep them connected to home, the USO delivers USO Holiday Care Packages. These care packages are often in brightly-colored and decorated bags and are filled with snacks, toiletries and exciting novelty items, courtesy of several USO corporate partners.

Where Does a USO Care Package Go?

USO Care Packages are most often sent and delivered to service members deployed to the front lines or serving overseas. This can be anywhere from a dusty corner of Kuwait, to a ship far off the coast of Japan, to the front lines of our own COVID-19 response here at home.

Regardless of where these care packages for troops go, they are always delivered to the hands of a grateful soldier, sailor, airman, Marine or Coast Guard member in need of a connection to home, delivered thanks to generous donors like you. ** **

This article was originally published on USO.org. It has been edited for northcarolina.uso.org