Twin Sons Answer the Call to Serve, Just Like Their Father Did

By By 121st Air Refueling Wing 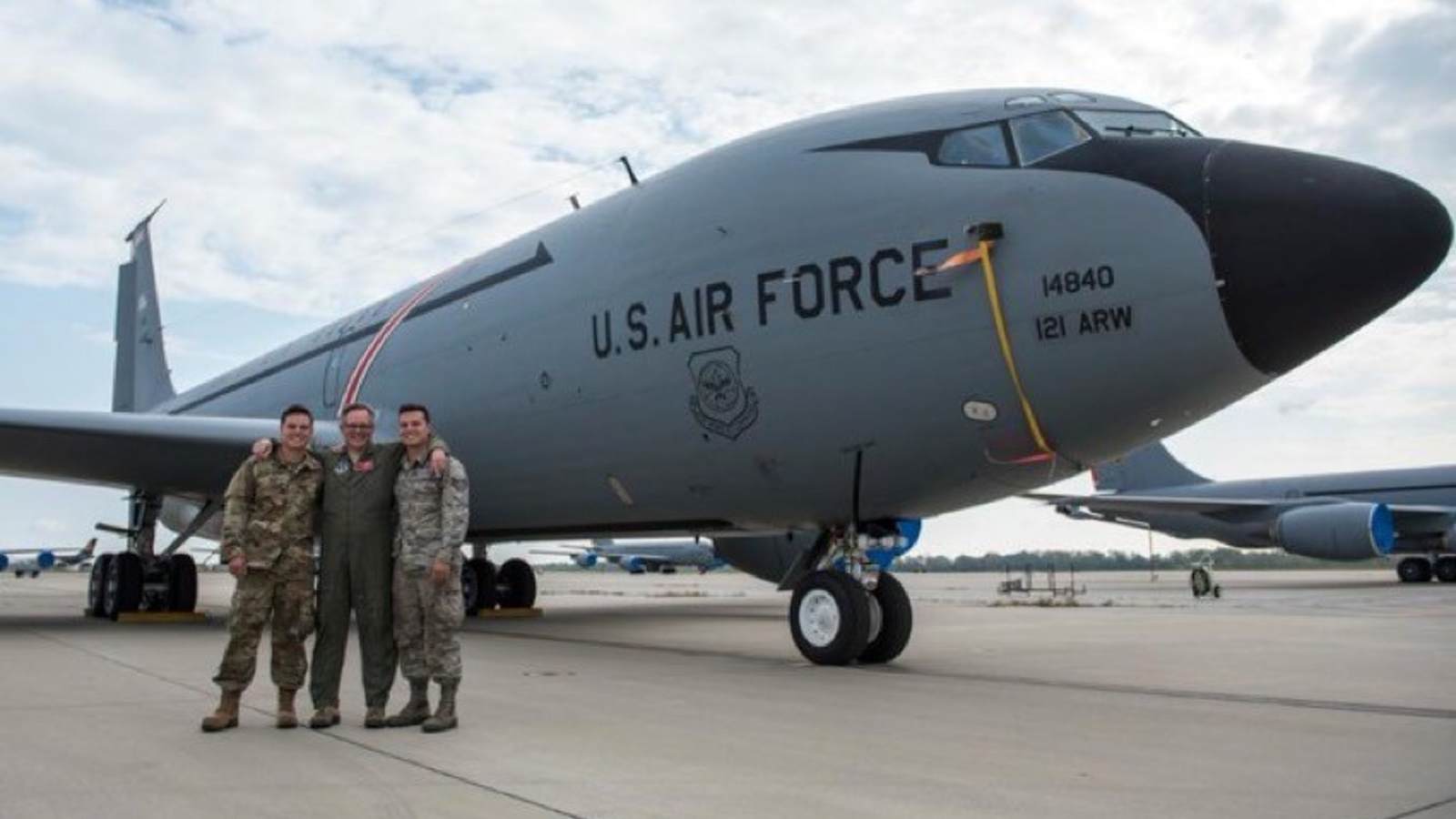 When Staff Sgt. Cody Notestine’s phone rang, it was the call he had been waiting for. He had been selected to become a KC-135 pilot at the 121st Air Refueling Wing. Before he got off the phone, he was told the other selectee would be called in 10 minutes. His twin brother, Staff Sgt. Nick, was hoping to get that call.

Meanwhile, Lt. Col. Scott Notestine, a pilot at the 121st ARW, also received a phone call. The head of the interview board told him they had one spot left and wanted to know which of his sons they should hire.

Unable to choose between his sons and unaware of the joke, Scott said either one would be a great fit. They have different personalities, and both would do great at training, he said. He wouldn’t give in and choose which twin should be selected, and the call abruptly ended.

After the suspense built for more than 30 minutes, Nick’s phone finally rang, and he was told he was also hired. Both twins were selected to become pilots, just like their father.

A Long Admiration of Aircraft Cody and Nick Notestine, who both work in aircraft metals technology at the 121st ARW at Rickenbacker Air National Guard Base, grew up dreaming of being pilots one day, they said.

“Ever since I was a little kid, it’s always been a dream of mine to be a pilot out here, especially with our dad being here,” Cody said. “We’re just trying to follow his legacy. I definitely think having that dream kept us on track while we were growing up and throughout college.”

Nick said the first time he was really around the airplanes at Rickenbacker was when their father came home from a deployment supporting Operation Iraqi Freedom.

“We were in the hangar,” Nick said. “And I just remember looking at the KC-135 and thinking, ‘Man, that’s a cool airplane. I want to fly that someday just like my dad.’”

Scott was 17 when he enlisted in the Air National Guard. A friend’s dad was a civil engineering commander and brought him to the base to talk to a recruiter. He learned about enlisting and how to get his college education paid for by the Guard.

“I always knew I wanted to fly, but I just didn’t know how to get there,” he said.

The Next Generation of National Guard Pilots Now, after more than 35 years of service and many deployments around the world, Scott is retiring and passing his legacy on to his twin sons.

“When I found out they both got pilot’s spots, it was fantastic,” he said. “I’ve had a wonderful career, and I’ve always hoped they could have a portion of the career I’ve had. I really couldn’t be happier.”

He said he is excited for his sons to have the opportunity to travel and see what he has seen.

“It’s pretty cool that it’s all coming together and we’re making our dream a reality,” Cody said.

“I’m excited to travel and get out of the shop,” Nick said.

Cody and Nick agreed that being able to perform maintenance on the jets before flying them has given them even more appreciation for the aircraft.

“Being given the chance to fly these jets is a lot of responsibility, but I’m looking forward to being able to fly that tanker,” Nick said.

The Notestines also fly outside the Guard. Nick and Cody have their own plane and work full-time as flight instructors, and their father is a commercial pilot.

Cody and Nick are proud of how far their dad has come in his career.

“Now we have the opportunity to follow in his footsteps and carry on that tradition,” Cody said.

“It’s a family thing out here,” Scott said. “That’s what makes it so special.”

This article was originally published on NationalGuard.mil. It has been edited for northcarolina.uso.org