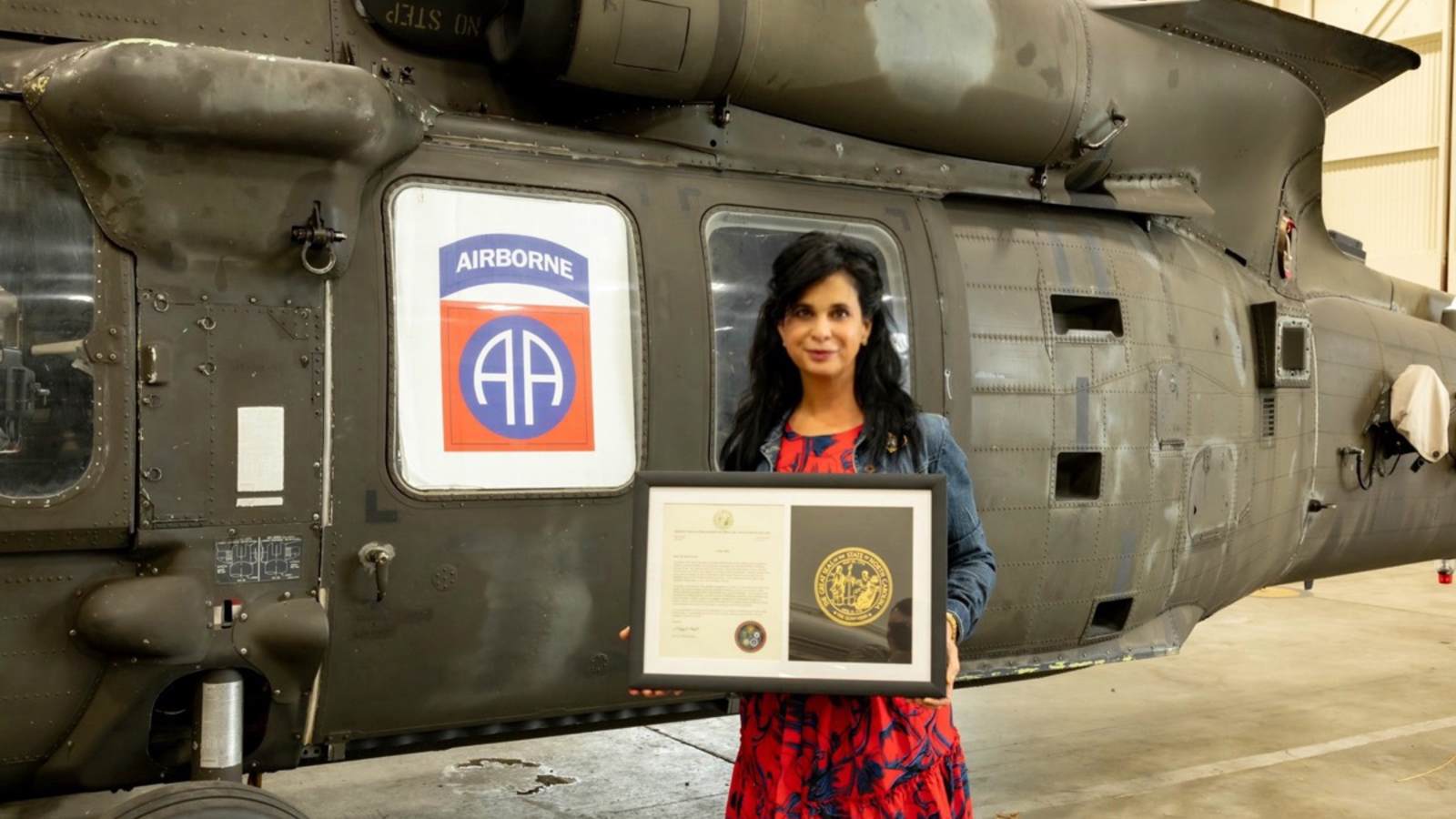 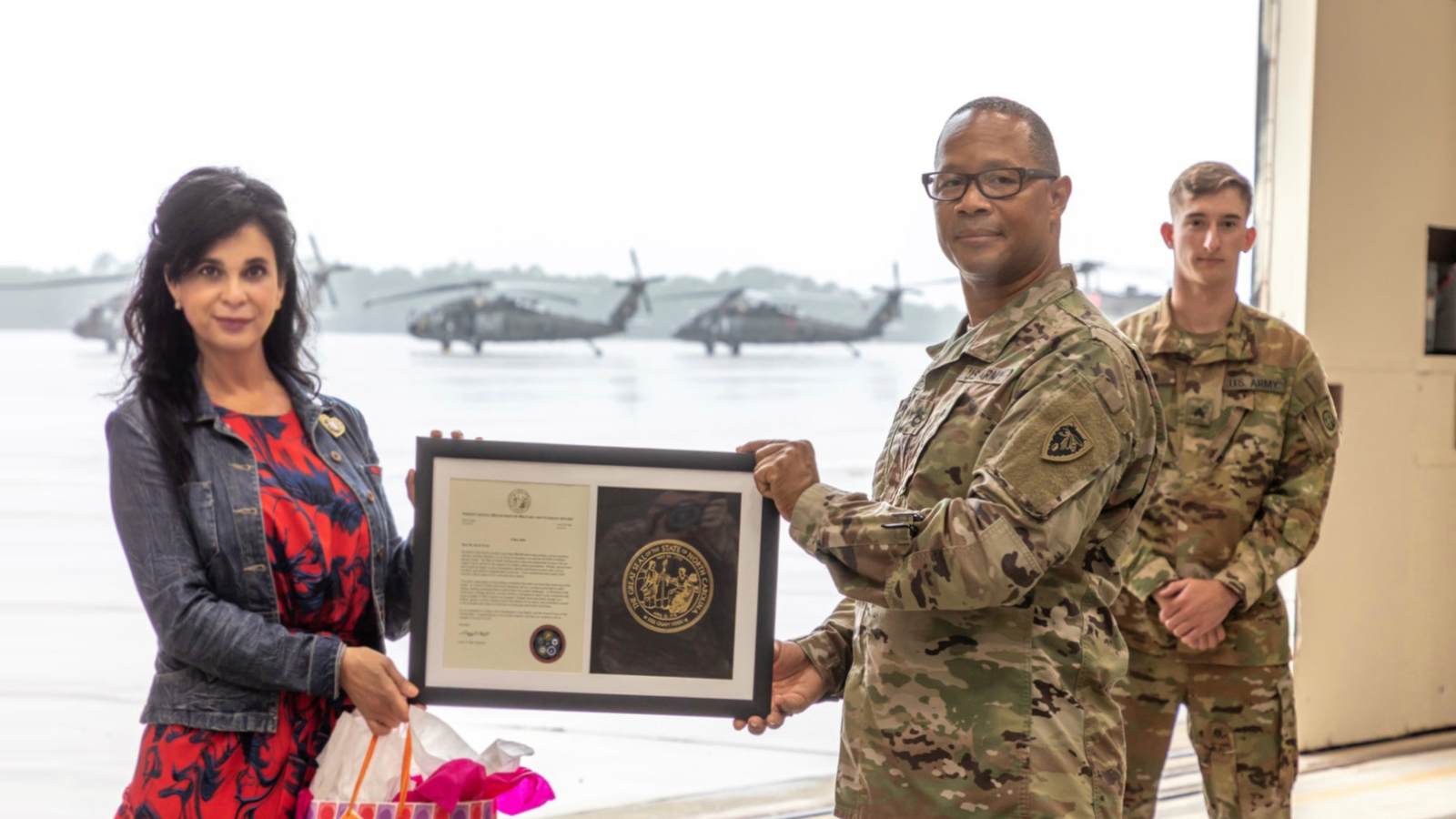 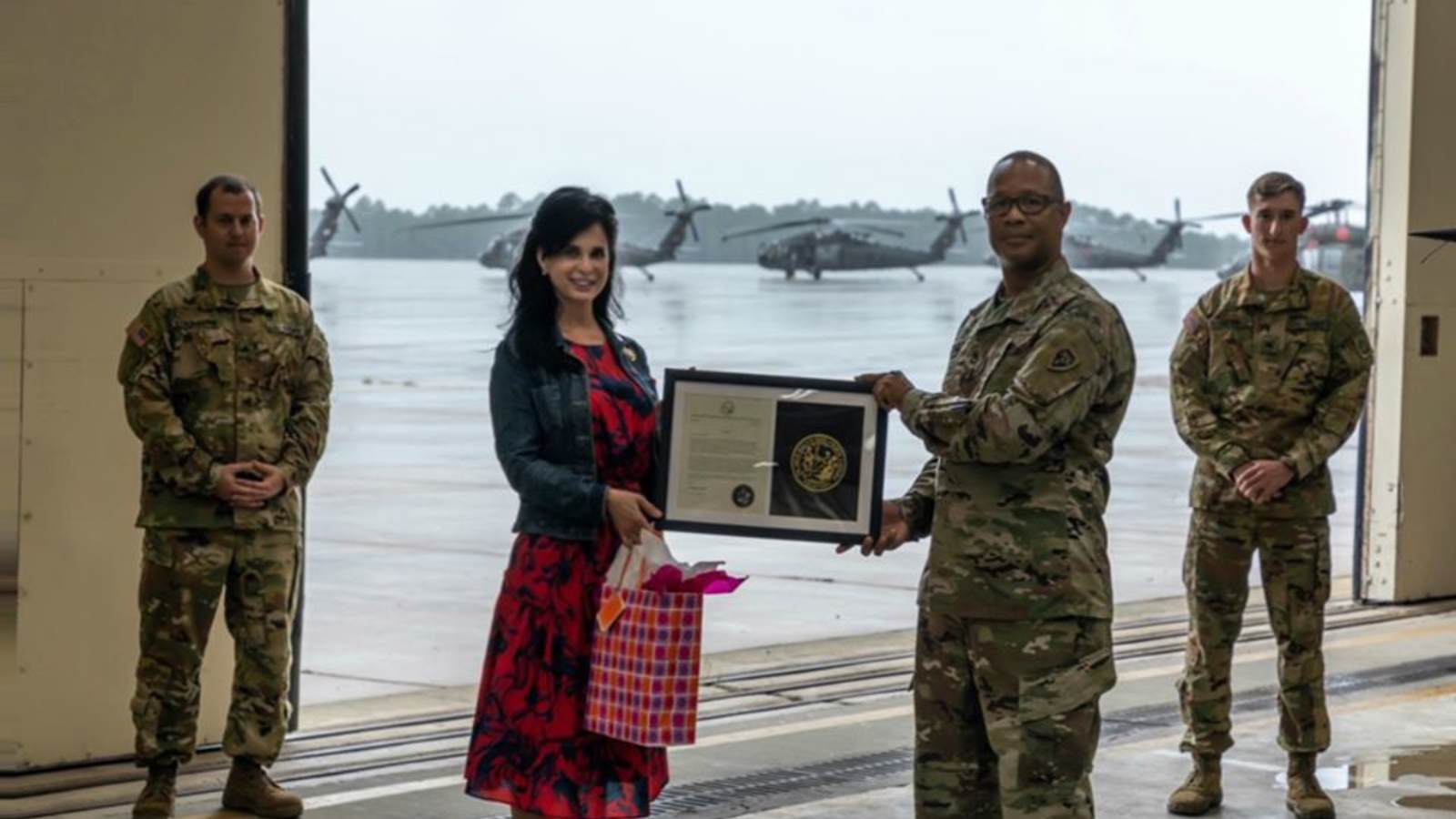 A Fort Bragg spouse has been named the North Carolina Military Spouse of the Year, officials said.

The North Carolina Department of Military and Veterans Affairs, in collaboration with the USO, named Kerry Irvin as the 2020 Military Spouse of the Year.

Larry Hall, secretary of the North Carolina Department of Military and Veterans Affairs, announced that Irvin received the honor during a virtual video presentation on May 8.

“Mrs. Irvin has shown a willingness to lead in her community and sets an example of what it means to be engaged,” Hall said.

Irvin is the daughter, mother and wife of Army soldiers.

Growing up near military communities, Irvin said she realizes military families impact the communities where they live beyond the installation gates.

That is why, she said, she made it a priority to plug into Fort Bragg, Fayetteville and Cumberland County.

“I think although our time at Fort Bragg may be transitory, it does not mean that our impact must be,” Irvin said. “And so as we move to each new duty station, military spouses have an opportunity to utilize our time, talents and resources to leave each community better for not only our subsequent military families but for the community as a whole.”

One of the ways to impact, she said, is through volunteering.

Irvin serves as the senior advisor for the Soldier and Family Readiness Group of the 82nd Combat Aviation Brigade. She also recently served as president of the Association of Bragg Spouses, is vice president of the Fort Bragg Area Community Foundation, seves on the USO of NC Sandhills Advisory Committee and is active with Community Blueprint Fayetteville and America’s Warrior Partnership.

She is also the founder of the Leave a Legacy Project, a service-oriented, volunteer-based program through the U.S. Army War College’s Military Family Program.

The project fosters a relationship with the military and civilian community through service opportunities for military family members such as volunteering at food banks, homeless shelters, senior citizen programs, after-school programs and more.

“When you look at it in the scope of individuals reaching out to better their community while also bridging that military and civilian divide, each act of kindness and each hour spent volunteering to help those in need creates a lasting imprint,” Irvin said. “And that’s what I look at as a legacy.”

And through Irvin’s volunteer activities, she continues her career as a master resilience trainer for U.S. government employees.

She said resilience has been a critical skill through the COVID-19 pandemic as she continues to train others worldwide and also uses the skills to support families within the 82nd Airborne Division.

And it’s the 82nd Airborne Division, which is known as the “All American family,” that Irvin said the state’s award represents, too.

“No recognition of this caliber ever comes from just one person’s efforts,” she said. “The recognition should go to all of my military spouse friends and teammates. They all have supported this goal of bettering our community.”

Sgt. 1st Class Gregory Bethea, special projects event coordinator for the North Carolina Department of Military and Veterans Affairs, presented Irvin with the award May 28 on behalf of Hall and Gov. Roy Cooper.

“Military spouses have just the greatest impact on the communities, families and friends as active-duty service members and sacrifice alongside their loved ones,” Hall wrote in a letter to Irvin. “Your contributions have made North Carolina a better place to live, work and raise a family. Your active participation in the military community has made you more than deserving of this award.”

Staff writer Rachael Riley can be reached at rriley@fayobserver.com or 910-486-3528.

This story originally appeared on The Fayetteville Observer and edited for USO-NC.org.