USO and Harris Teeter Launch Round Up Campaign 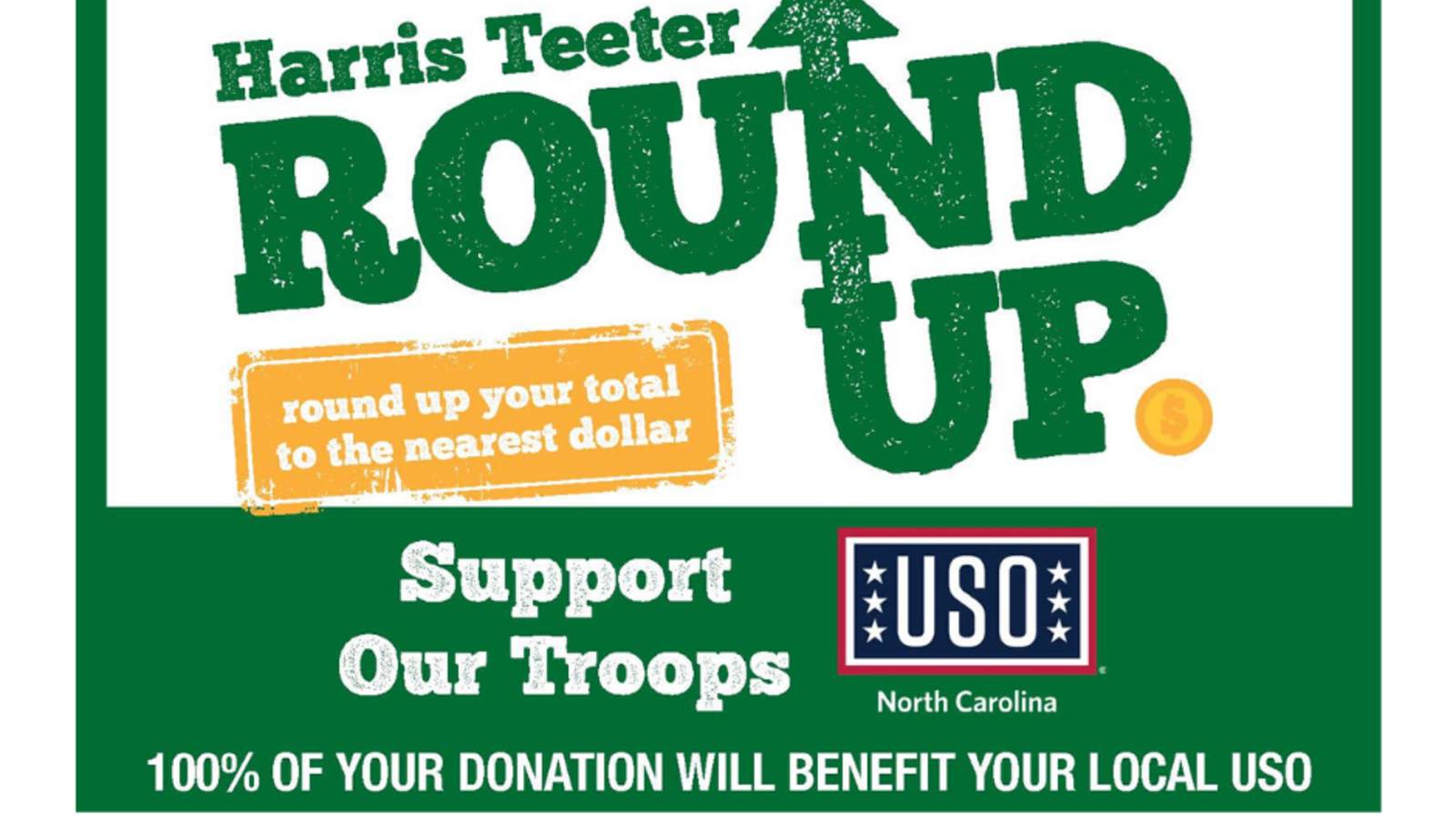 Matthews, N.C. – Harris Teeter announced today the launch of its Support Our Troops campaign to benefit the USO. Now through July 28, Harris Teeter shoppers are invited to round up their transaction to the nearest whole dollar at checkout; 100 percent of funds raised will be donated to local USO locations throughout Harris Teeter’s marketing areas. The campaign is held in support of active duty military and their families, as well as wounded service members, those transitioning back to civilian life and families of the fallen.

”Harris Teeter is proud to continue its partnership with the USO to support our service members and their families,” said Danna Robinson, communication manager for Harris Teeter. ”We are thankful for the overwhelming generosity of our valued associates and loyal shoppers who support the USO through this campaign.”

Harris Teeter shoppers can donate in-store at traditional and self-checkout registers. The company introduced a new feature at self-checkout which allows shoppers to donate by selecting the round up option on the payment screen.

The company distributes 100 percent of these donations to local USO centers to help keep America’s service members connected to family, home and country, throughout their service to the nation. The USO acts as an extended family for our nation’s military by delivering valuable programs, morale-boosting services, engaging entertainment and a touch of home through more than 250 locations worldwide.

“We are grateful for the Harris Teeter team and shoppers who continue to step up and serve with the USO as a Force Behind the Forces®,” said Chad Hartman, USO vice president of development. “The generous donations given through the Support Our Troops campaign help to strengthen the troops and express our country’s gratitude for all that they do to keep us safe.”

The USO strengthens America’s military service members by keeping them connected to family, home and country, throughout their service to the nation. At hundreds of locations worldwide, we are united in our commitment to connect our service members and their families through countless acts of caring, comfort and support. The USO is a private nonprofit organization, not a government agency. Our programs, services and entertainment tours are made possible by the American people, support of our corporate partners and the dedication of our volunteers and staff. To join us in this important mission, and to learn more about the USO, please visit USO.org or follow us on Facebook, LinkedIn, Twitter, and Instagram.