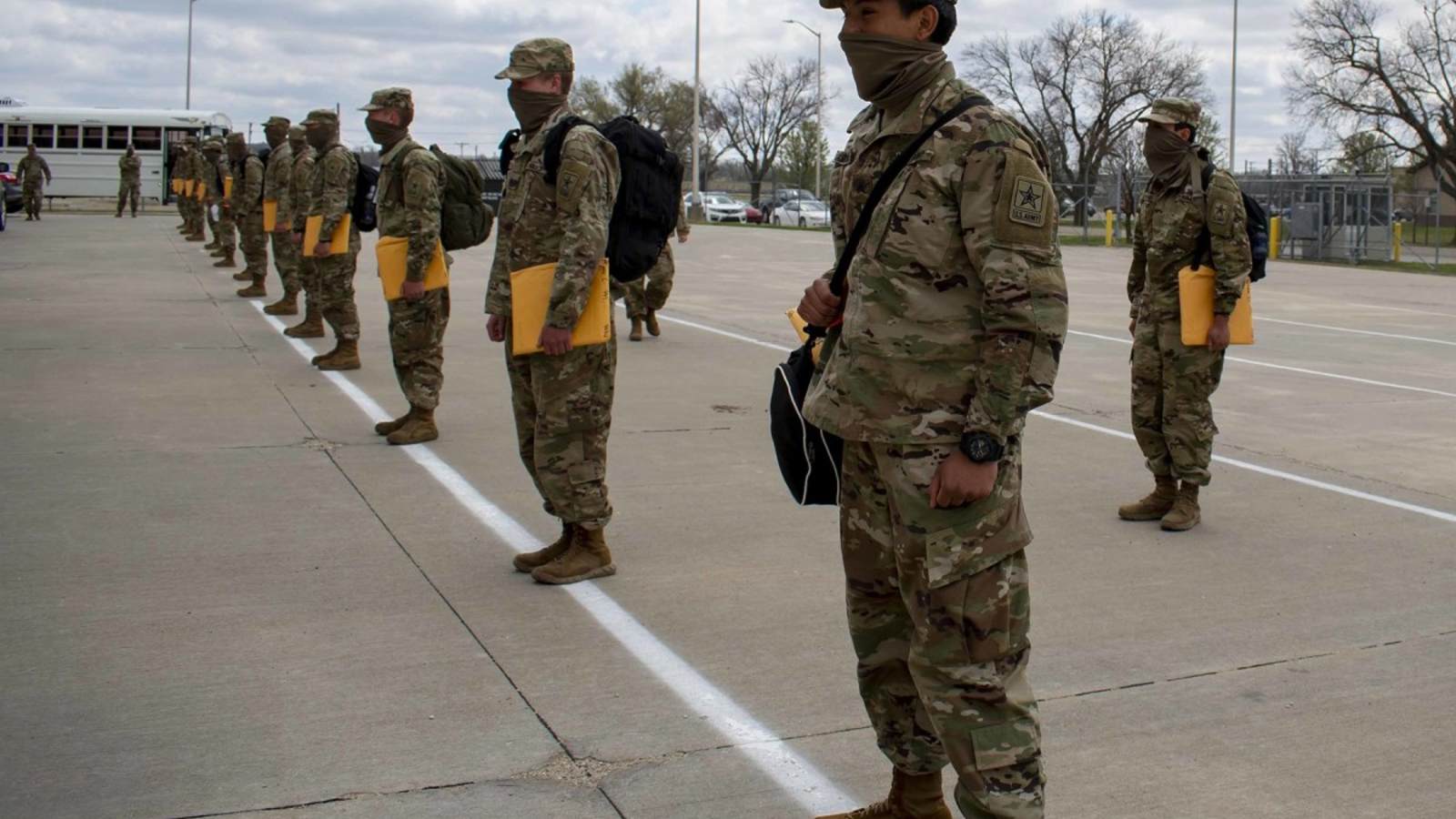 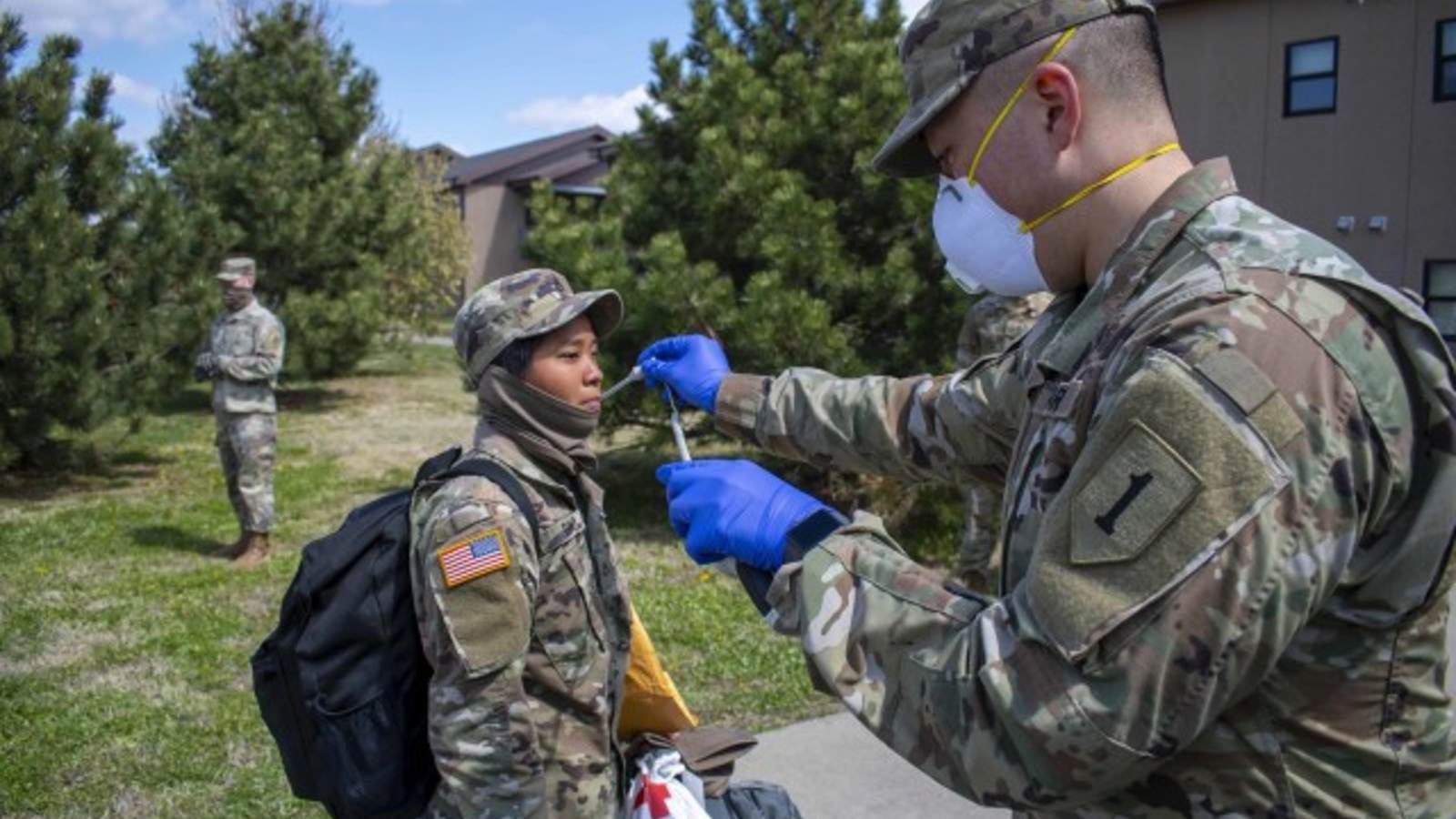 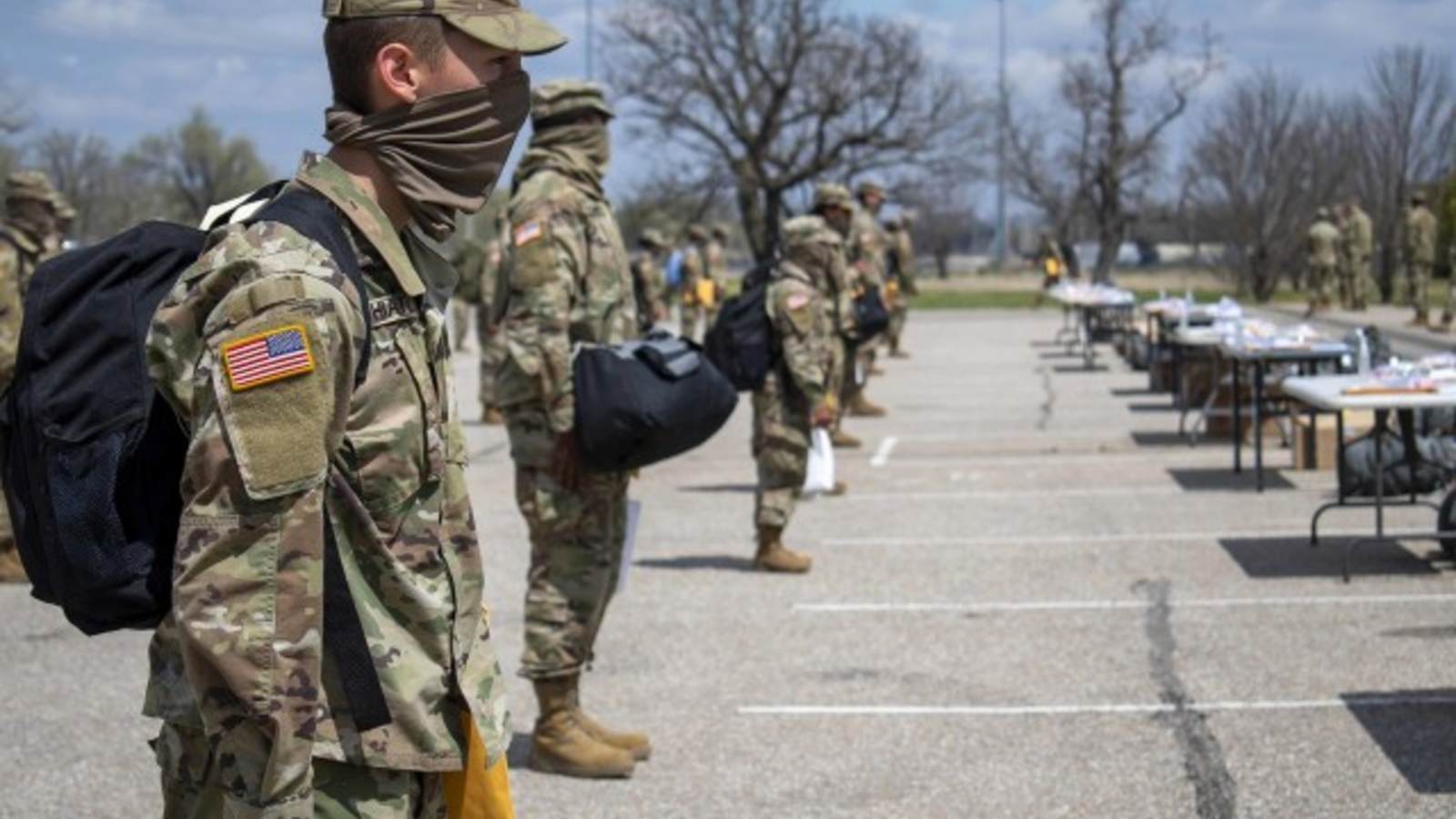 The 1st Infantry Division welcomed 152 new Soldiers who reported to Fort Riley, Kansas, after completing training at Fort Benning, Georgia. Upon their arrival, the Soldiers were placed under temporary restriction of movement to prevent the possible spread of COVID-19 on Fort Riley and in the surrounding region.

Army 1st Sgt. Christian Burt, the deputy mayor of the restriction of movement site, said the Soldiers recently completed their one-station-unit training at Fort Benning and will report to their assigned unit at Fort Riley following completion of their temporary restriction of movement. The goal of the site is to train and care for Soldiers while they’re in transition, he explained.

“We know it’s hard, especially for a group of new Soldiers dealing with the COVID pandemic,” Burt said. “They’re just coming in, and this is their first introduction to the Army.”

Fort Riley and the surrounding community have taken steps to make the transition as comfortable as possible, while actively taking precautions to prevent worsening the spread of the virus in the region.

“The USO has been doing an awesome job,” Burt said. “They’ve been bringing video games, TV’s, DVD players; just a lot of stuff for entertainment.”

The Soldiers are practicing social distancing at all times, said Army Capt. Thomas Vierra, the mayor of the restriction of movement site.

“There’s at least 6 feet of space and wall lockers between each bunk,” Vierra said. “We disinfect the barracks and laundry facilities regularly, and the gym equipment is disinfected after each use.”

The restriction of movement site is just part of the 1st Infantry Division’s larger strategy to protect Soldiers, prevent the spread of COVID-19 and preserve readiness to answer the nation’s call if necessary.

“The Army is taking care of its Soldiers,” Burt said. “The community, the USO, everyone supports us. We truly do appreciate it. We basically want the community to know that we’re trying our best to keep the virus contained [and] we’re trying to stop the spread of COVID-19.”

This story originally appeared on Army.Mil and edited for USO-NC.org.