Patriots' Outpost connects those who serve to family, home and country at Wyndham Championship 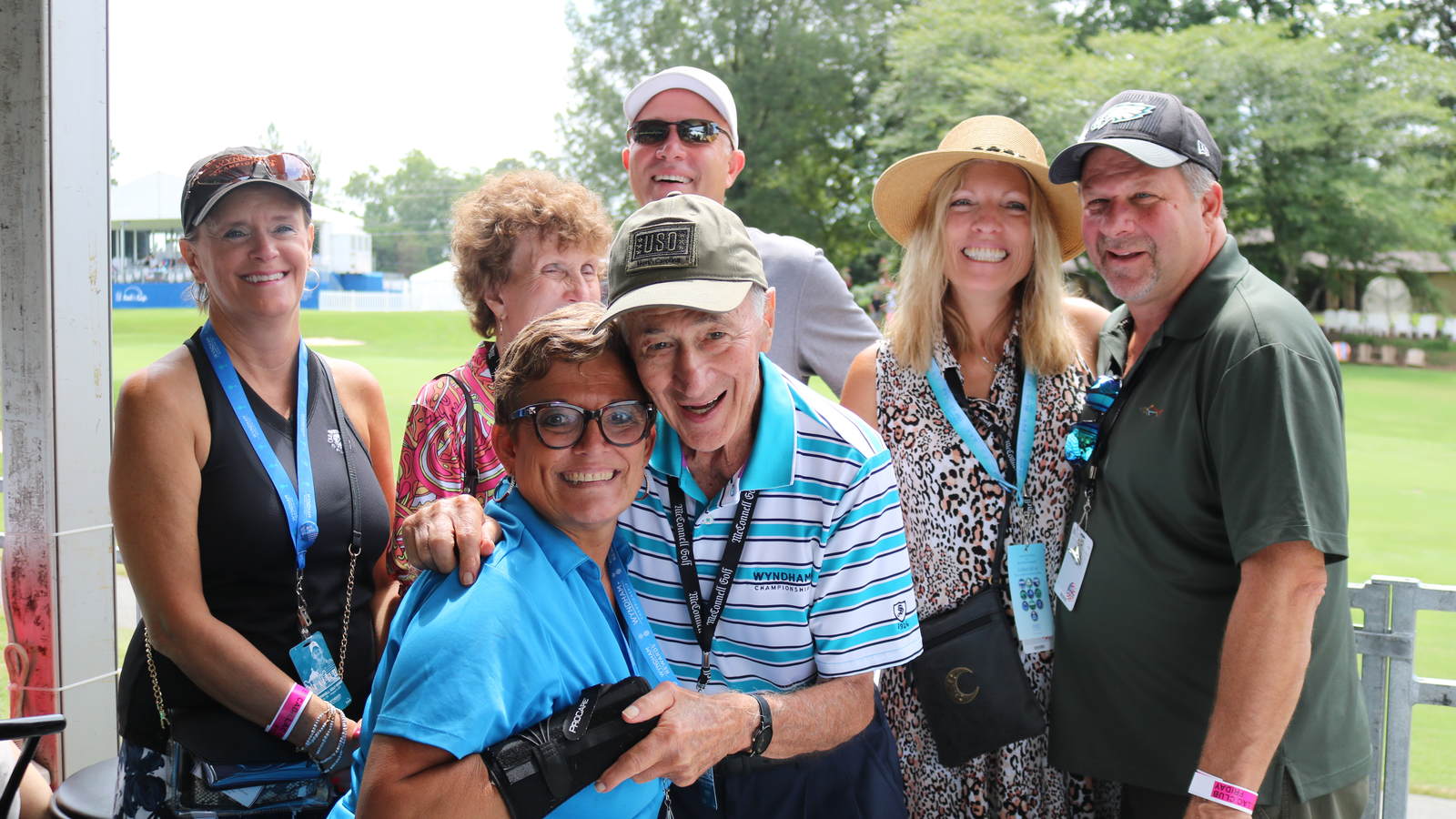 Rocco Romano receives a USO of North Carolina coin and hat alongside his family. 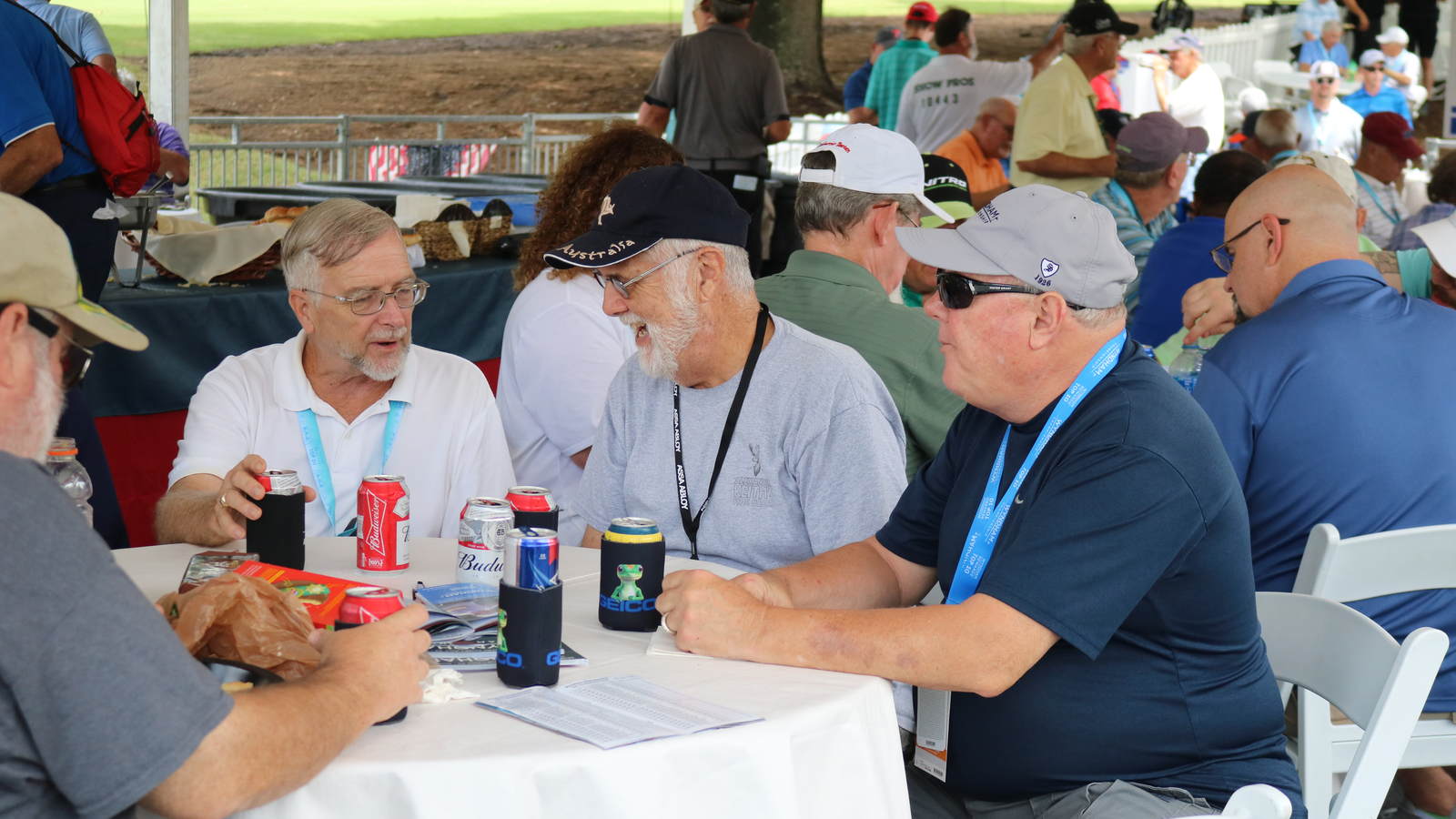 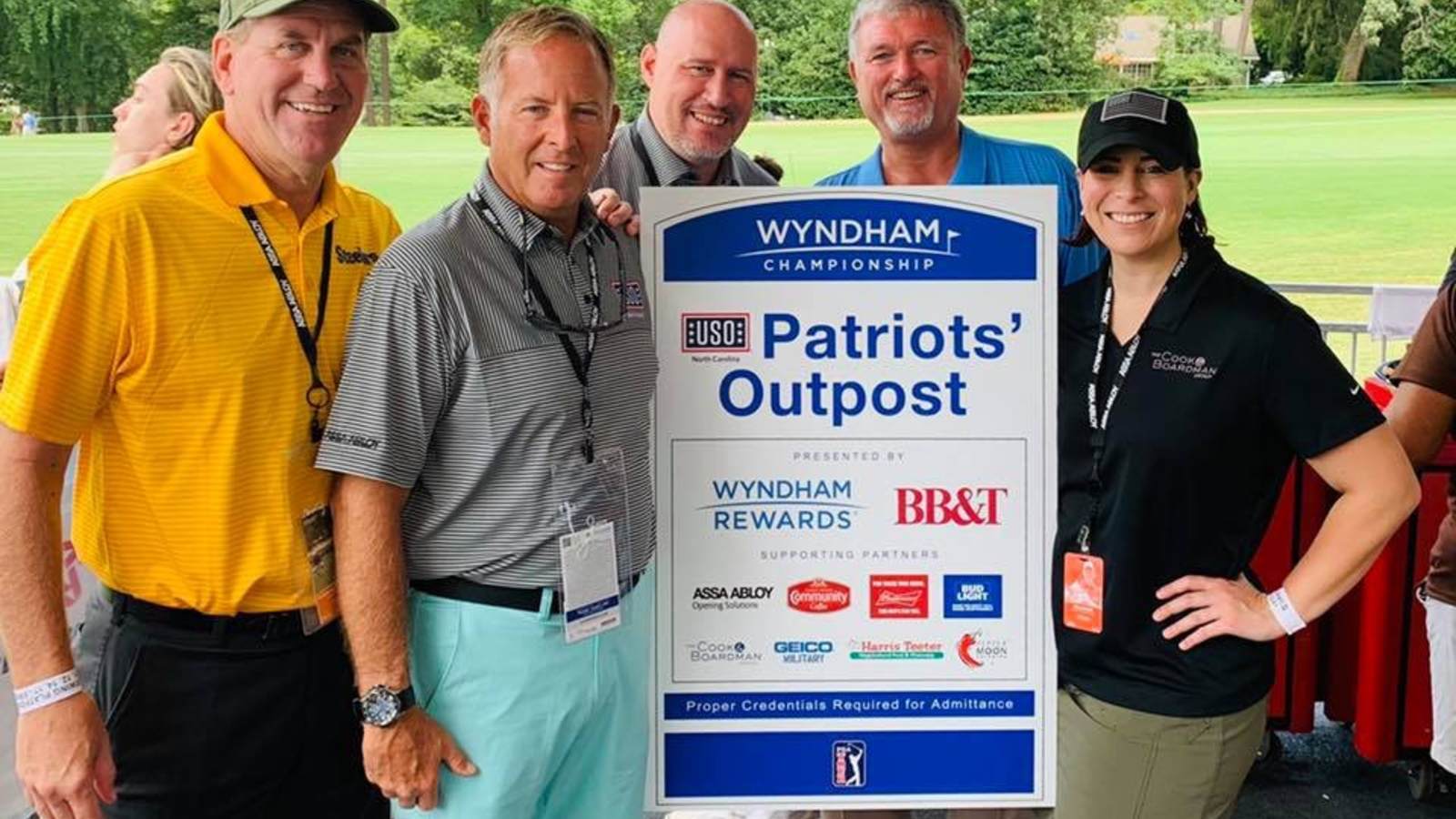 Each year at the Wyndham Championship, veterans, service members and their families gather for refreshments and shade at the Patriots’ Outpost. The USO of North Carolina regularly hosts the outpost, and as part of that tradition serves lunch to all outpost patrons.

To kick off the lunch every year, attendees and their families are asked to line up by war era, oldest to newest. On Friday, August 2, Kathy Bull, USO of North Carolina’s vice president of strategic partnerships and development, helped organize the line.

Rocco Romano, a Korean War Era veteran was so excited when he was asked to be first in line and kick off the meal alongside his wife. He was greeted with claps and cheers the crowd as he approached the table, and had the biggest smile on his face. Much to the USO of North Carolina team’s surprise, that small gesture meant a lot to him.

Romano has attended the Wyndham Championship for nearly ten years, traveling all the way to North Carolina from Pennsylvania. Each year, he makes a point to go to the Patriots’ Outpost and get his “free hotdog and a chocolate chip cookie.” The hot dog and cookie have become a running joke within his family, but also something that they look forward to each year.

“He loves this tournament. Coming here to this tribute is one of the highlights of the trip,” said his son, Steven Romano.

Just one week prior to the tournament, Romano suffered a stroke. His family wasn’t sure that he would be able to make the trip, but said with tears in their eyes, that it meant so much for him to attend and to be recognized in this way.

As Romano graciously accepted a USO of North Carolina coin and hat from our team, his son, Steven, looked over his shoulder and said, “he’s a character. He makes friends everywhere he goes.”

Romano’s story is just one of many, and shows the true impact of special aspects of events like the Wyndham Championship that connect our service members to family, home and country. This year’s Patriot Outpost is presented by Wyndham Rewards and BB&T, and is made possible with additional support from ASSA ABLOY, the Cook & Boardman and Harris Teeter.