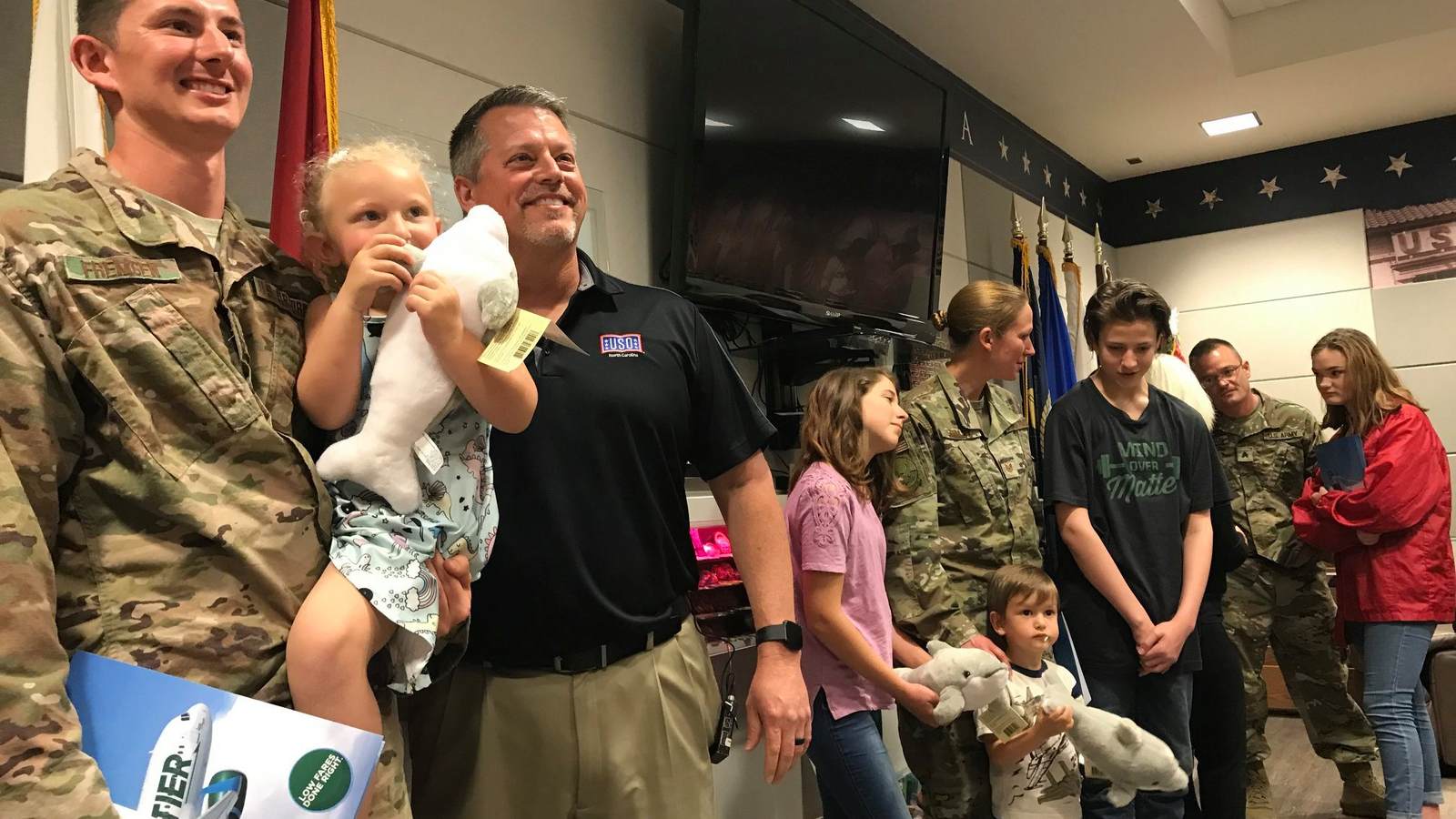 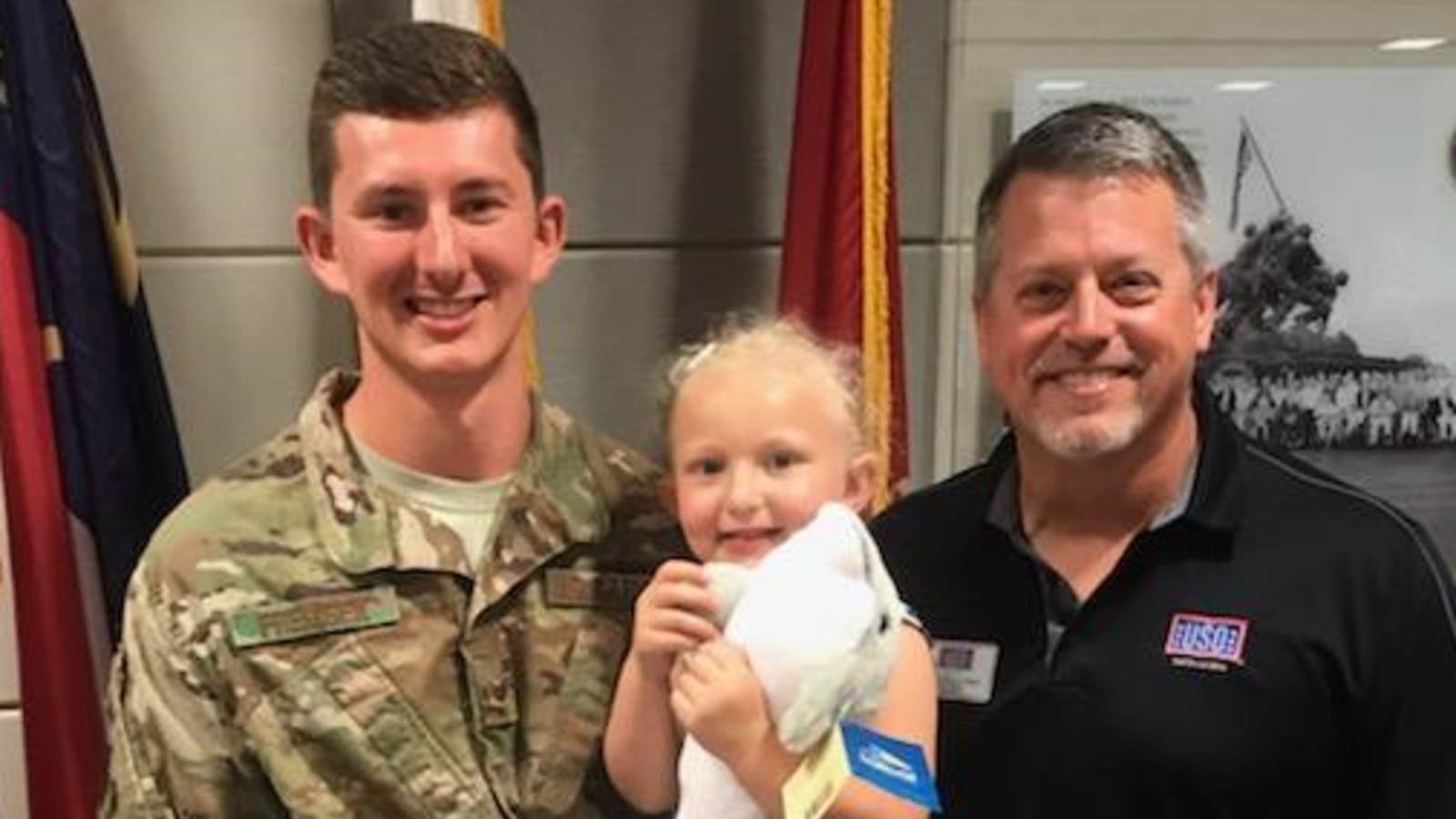 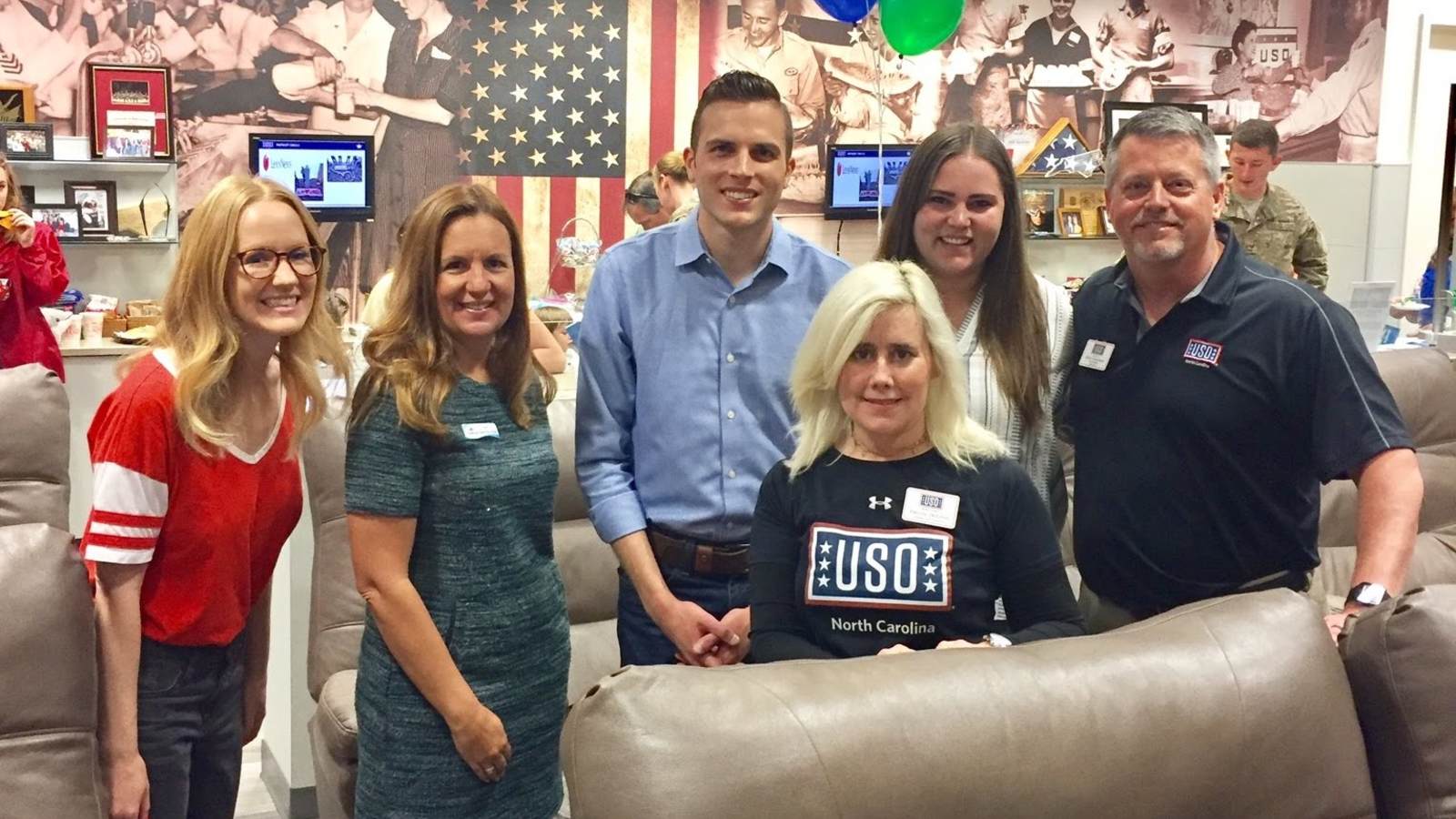 During April, also known as the Month of the Military Child, the USO of North Carolina, Frontier Airlines, and Exploria Resorts teamed up to surprise three deserving military families with one-week vacations.

The service members were surprised April 26 at a special Operation Family Furlough event at the USO of North Carolina RDU Center located within the Raleigh-Durham International Airport.

The selected families were chosen by their military leadership and have recently been deployed. One just returned home from the middle-east.

Our teams were thrilled to be a part of this opportunity to honor our nation’s littlest heroes.